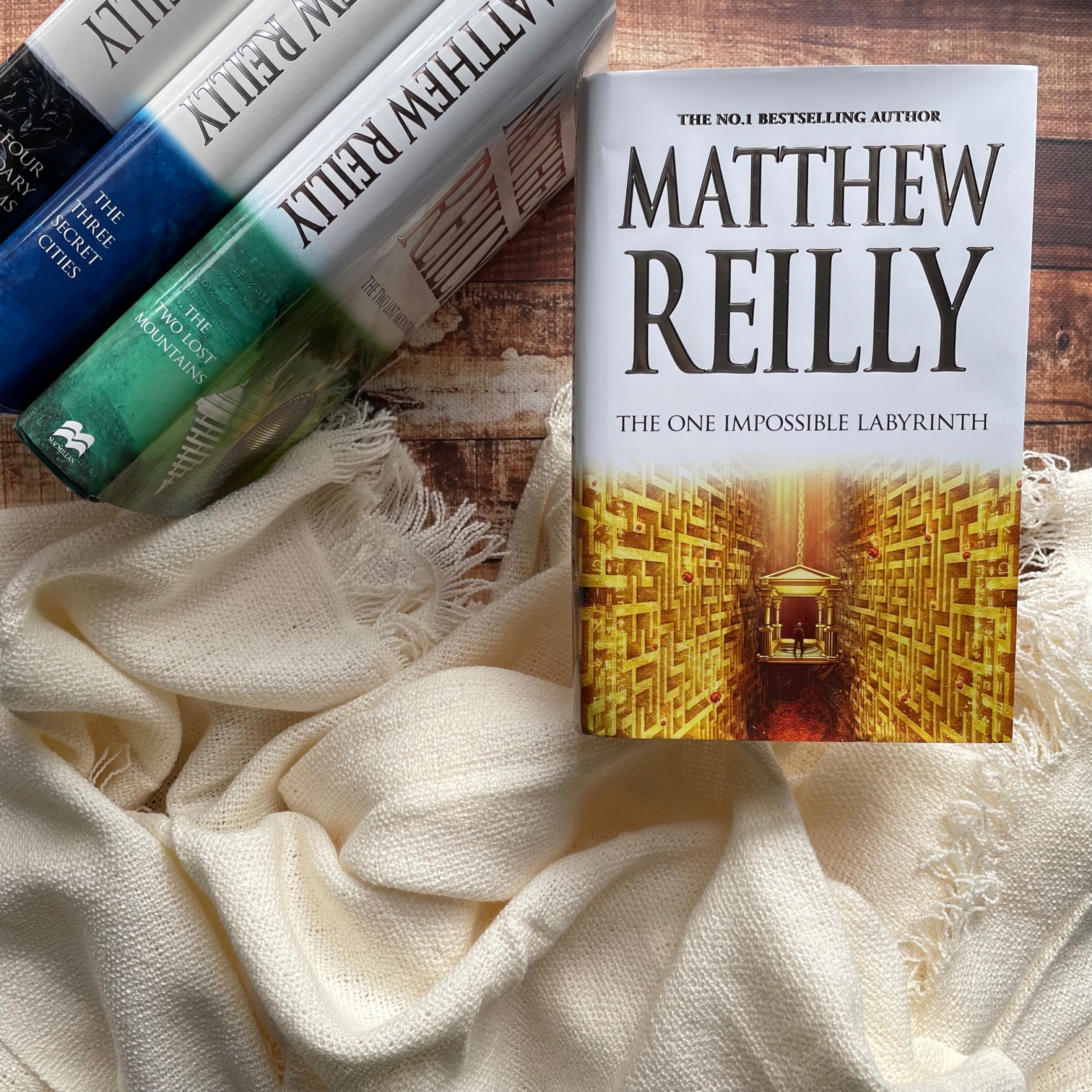 THE END IS HERE

Jack West Jr has made it to the Supreme Labyrinth.

Now he faces one last race – against multiple rivals, against time, against the collapse of the universe itself – a headlong race that will end at a throne inside the fabled labyrinth.

But the road will be hard.

For this is a maze like no other: a maze of mazes. Uncompromising and complex. Demanding and deadly.

It all comes down to this.

For it ends here – now – in the most lethal and dangerous place Jack has encountered in all of his many adventures. And in the face of this indescribable peril, with everything on the line, there is only one thing he can do.

After seven books, Matthew Reilly’s The One Impossible Labyrinth is the final tale in the Jack West Jr series. After a 17-year long journey, this final book offers a satisfying conclusion to the series and will please fans who have been following along with each novel.

As usual with this series, The One Impossible Labyrinth picks up where the last book — The Two Lost Mountains — left off, with Jack and his team arriving at the last puzzle in an attempt to stop the collapse of the universe. We’re immediately thrust back into the action of the story.

This final novel speeds through obstacles and puzzles, weaving in historical storylines and the potential for alternate scenarios. Jack West Jr must once again think outside the box to save the day.

“Down in the shaft, Jack snapped up at the shout. And saw a silverman falling right at him! Suddenly, a strong metal hand — Smiley’s — pulled Jack aside and the falling silverman whistled past, missing Jack by inches — before plummeting further down the shaft.”

The One Impossible Labyrinth is a classic Matthew Reilly novel — quick, compelling storylines with imaginative and engaging puzzles. The book is filled with fast-paced action and authentic, realistic dialogue. Additionally, like all other novels in this series, the pacing is break-neck and consistent. Readers won’t feel like there are any lags in this latest one.

The villains in the novel have carried across from previous reads, so it allows for three-dimensional characters that truly feel like antagonists. Jack and his team must utilise the skills and knowledge they’ve acquired over the previous six books in order to defeat the enemy.

“Each of the obelisks was huge, easily forty feet tall, and they ran in pairs down the length of the bridge, creating a striking avenue. Lily and Eaton came to the jagged void in the bridge’s middle. Two obelisks stood at its edge like posts for a missing gate.”

Admittedly, the ending was slightly predictable — whilst some of our favourite characters were killed dramatically throughout the novel, the ‘bad guys’ all got their comeuppance in the end (although, admittedly, that does suit this genre).

Apart from the that, I felt there was definitely scope for a longer, more developed novel. Each stage of Jack’s journey felt a bit thinly described to keep the pace quick, but it meant I was left feeling like the action could’ve been fleshed out a bit more. Perhaps I just feel like this because I’ve been following the series for 17 years and was sad to see it ending.

“Even though it had a parachute, the seat landed hard, and as it hit the side of the mountain, the impact sent the three men on it scattering: Aloysius and Alby tumbled down the rocky hill, while Rufus was thrown onto a nearby ledge. Alby was knocked out cold. He slumped to the dusty ground.”

Since this is the final book in a 7-book series, it’s pretty clear that the intended audience are readers who are up-to-date with Jack West Jr. If you love action and thriller, and something easy to read perhaps on holiday, I’d definitely recommended picking up the first book — Seven Deadly Wonders — and giving this series a go. Another nail-biter from Matthew Reilly, the readership for this book skews male, 16+