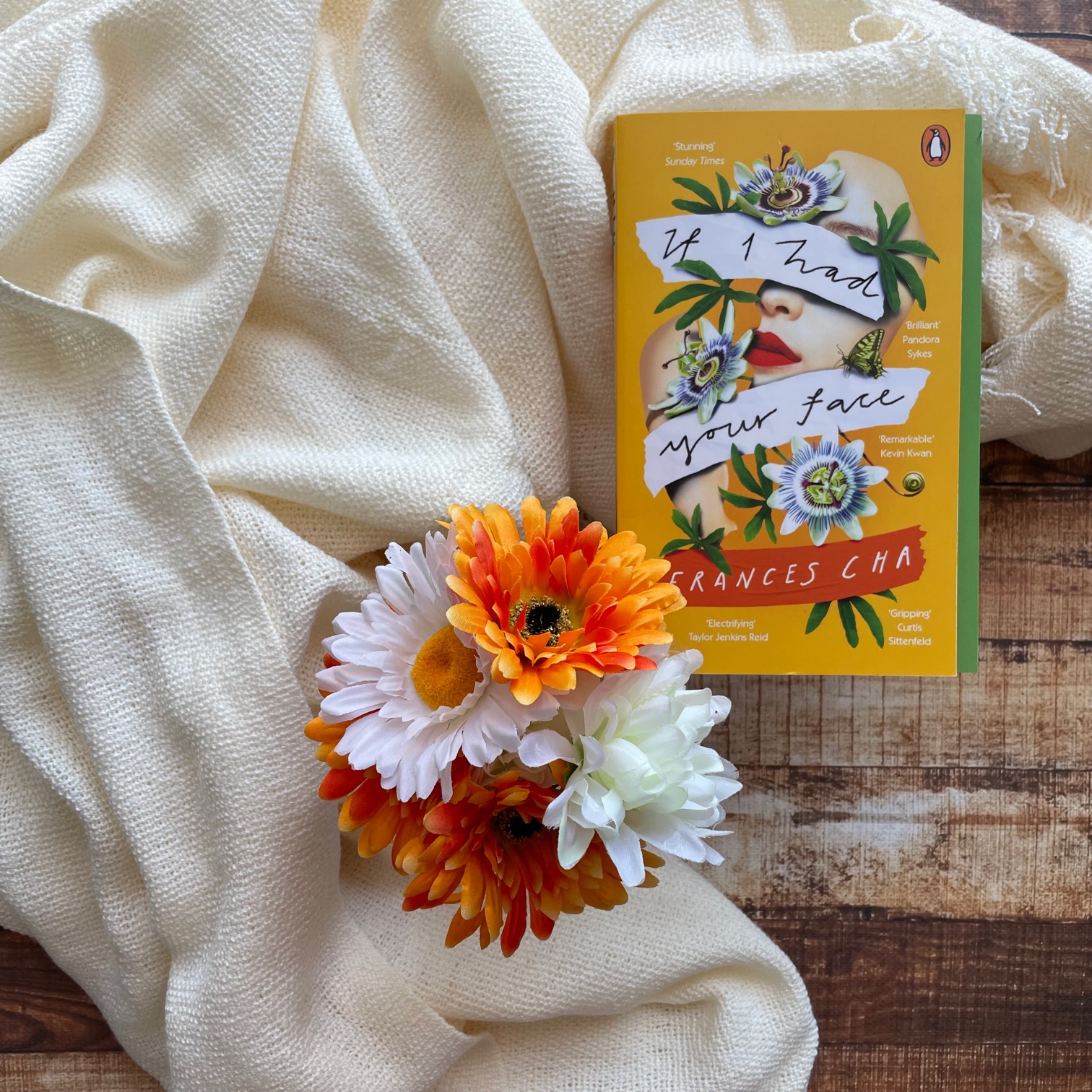 If I Had Your Face plunges us into the mesmerizing world of contemporary Seoul – a place where extreme plastic surgery is as routine as getting a haircut, where women compete for spots in secret ‘room salons’ to entertain wealthy businessmen after hours, where K-Pop stars are the object of all-consuming obsession, and ruthless social hierarchies dictate your every move.

Navigating this cut-throat city are four young women balancing on the razor-edge of survival: Kyuri, an exquisitely beautiful woman whose hard-won status at an exclusive ‘room salon’ is threatened by an impulsive mistake with a client; her flatmate Miho, an orphan who wins a scholarship to a prestigious art school in New York, where her life becomes tragically enmeshed with the super-wealthy offspring of the Korean elite; Wonna, their neighbour, pregnant with a child that she and her husband have no idea how they will afford to raise in a fiercely competitive economy; and Ara, a hair stylist living down the hall, whose infatuation with a fresh-faced K-Pop star drives her to violent extremes.

Set in contemporary South Korea but with the atmosphere and tone of a dystopian novel, Frances Cha’s If I Had Your Face explores the price we’d pay for beauty and adoration. In a city where it’s more common to have had surgery than to not, we meet four women struggling against the demands of society. If I Had Your Face explores inequality, poverty, consumerism, classism, wealth and the patriarchy.

If I Had Your Face is reminiscent of Bong Joon Ho’s Parasite, showcasing how hard it is for these characters to progress above their status. And to arise requires much sacrifice.

“But I do have to admit I feel a pinch of pride when someone asks if I have had surgery and I can say no. Our department head has gone so far as to make me promise not to cut my hair, which is really torturously unmanageable now that it hits my waist – MIHO.”

One of the things that I love most about Frances’ work is that you feel as if every scene launches mid-correspondence. You’re thrown straight into the story – the world – even from the beginning. There’s no unnecessary world-building or explanation. There’s no exposition that is plonked into the prose.

And whilst some may argue it’s jolting, like perhaps they don’t they have enough time to ease themselves into each character, I think this stylistic technique allows the novel to really pack a punch. Sitting at around 250 pages, the novel isn’t overly long, and the pacing is quick. We move between four different perspectives and each chapter cuts through time like one leap after another. There’s no time to dawdle in this story.

Admittedly, these characters aren’t supposed to be viewed as heroes of the story. They drink, cheat and deceive each other with what seems like little hesitation. They’re constantly comparing themselves to others, even if the act of doing that won’t achieve anything. If I Had Your Face shows us what society could resemble if our beauty was above all other priorities.

“Up close, I could see that her face was devoid of surgery – her eyes were single-lidded and her nose was flat. I would not have been caught dead walking around with a face like that. But clearly, from the way she walked and held her head, she came from the kind of money that didn’t need any – KYURI.”

Admittedly, the four different perspectives didn’t seem divergent enough to stand out. I found myself having to flick to the blurb quite a bit to remind myself who was who. Did we need all these characters? Wonna felt the weakest to me – the most isolated from the other characters. There was definitely scope to expand the other stories if the author dropped one POV.

Overall, I did feel like there wasn’t much of a storyline in the book. Because we jump between four different characters, and the book isn’t very long, it means we don’t spend a lot of time with each character and so each storyline feels underdeveloped. This is definitely a character-driven story over a plot-driven one.

“My grandmother often got into bitter fights over money. Sometimes it was with a shopkeeper who said she had cheated her, or sometimes it was with her sisters, who looked and talked like her and were just as nasty. Her only brother – the youngest of four siblings – had married a poor girl, and the abuse my grandmother and her sisters heaped upon her over the first few years of their marriage caused them to run away to China – WONNA.”

Punchy and bold, If I Had Your Face is recommended for literary readers. Readership skews female, 25+