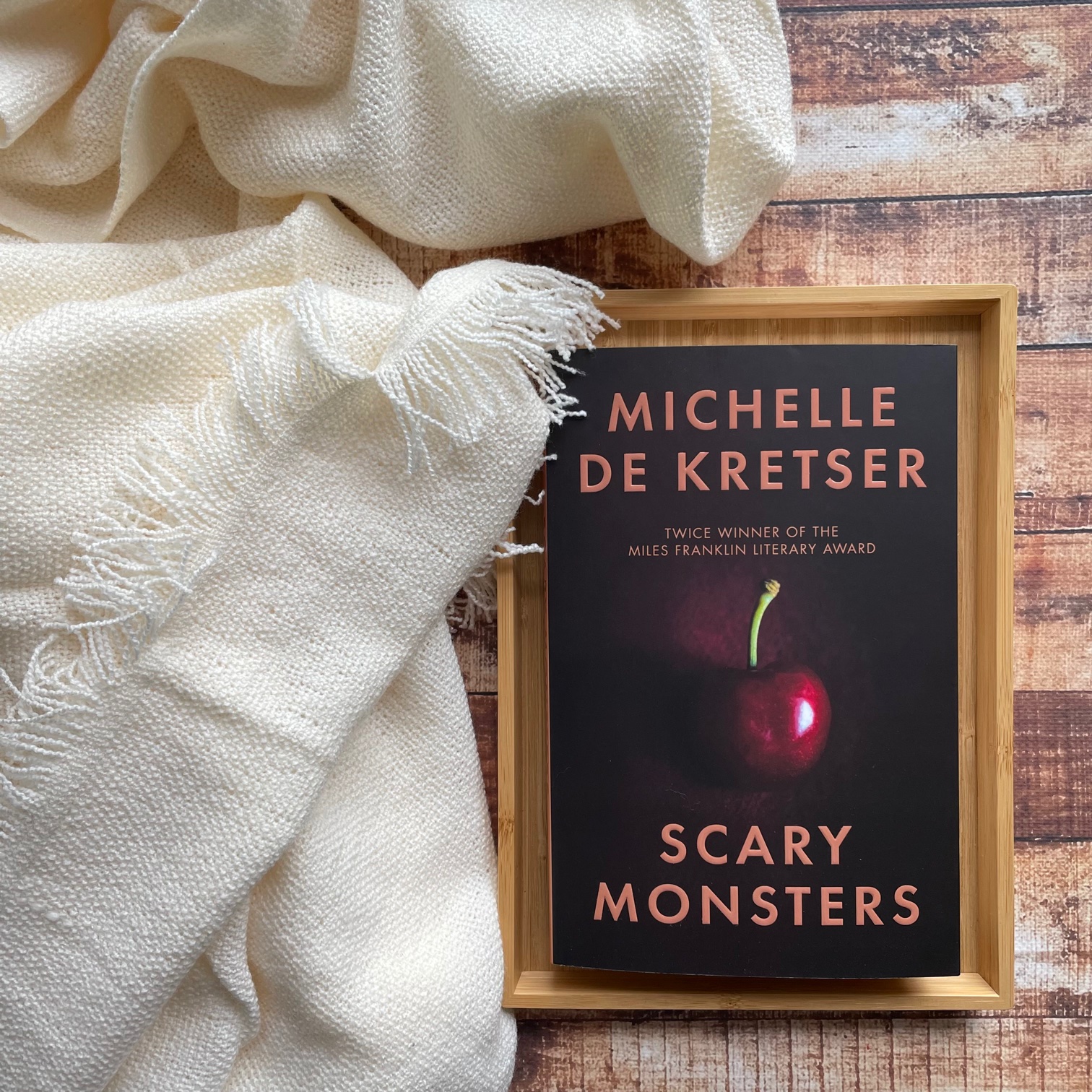 When my family emigrated it felt as if we’d been stood on our heads.

Lili’s family migrated to Australia from Asia when she was a teenager. Now, in the 1980s, she’s teaching in the south of France. She makes friends, observes the treatment handed out to North African immigrants and is creeped out by her downstairs neighbour. All the while, Lili is striving to be A Bold, Intelligent Woman like Simone de Beauvoir.

Lyle works for a sinister government department in near-future Australia. An Asian migrant, he fears repatriation and embraces ‘Australian values’. He’s also preoccupied by his ambitious wife, his wayward children and his strong-minded elderly mother. Islam has been banned in the country, the air is smoky from a Permanent Fire Zone, and one pandemic has already run its course.

Three scary monsters – racism, misogyny and ageism – roam through this novel. Its reversible format enacts the disorientation that migrants experience when changing countries changes the story of their lives. Which comes first, the future or the past?

Australian writer Michelle De Kretser returns with her seventh novel Scary Monsters, a tale of two stories – two characters – and an undercurrent of themes including racism, misogyny and ageism.

Scary Monsters is creative in its execution. With two 150-page novellas inside, you can start from either end. Both covers of the book are beautiful, and each side of the book offers something completely original. Whilst you may notice a couple of threads between the stories, they do function alone.

“Returning from Paris, as the train pulled into Montpellier, I thought back to the trip going the other way. Then the train had deposited me in a city of silvery light, mist and frozen white skies – it was like being delivered into a pearl. Montpellier was a sapphire, a cold, glitzy blue.”

Strengths lie in Michelle’s writing and observations – her ability to convey meaning with the fewest of words, and how evocatively she conveys imagery and setting. She really is quite architectural as a writer. And I loved that each story was only 150 words, with each one of them quite neat and contained.

“When it grew dark and the shutters were closed, lamps turned the rooms tender and mysterious. They were set in an enfilade, so people walked through them in a straight line – it made casual movement look ceremonial.”

Admittedly, I’m not the desired audience for this novel. I wanted to love it – I went into it wanting to devour it. But truthfully, I struggled a lot and I had to push myself to finish the book. Whilst Michelle’s writing is beautiful and she’s so skilled at crafting exquisite sentences, her characters felt so dry and unlikable to me – so bland – and the dialogue felt void of emotion. The pacing also felt really stagnant, with little momentum.

Browsing reviews of this title and it’s clear that Michelle has found a loyal following with this title, so I’m sure this is just my own personal experience. I’ll take this as one of those times where I’m just not the right fit for the book. I’m told this is quite a divergence from her other works, so perhaps I started with the wrong novel and should go back to an earlier release.

“Ivy was holding a white handkerchief embroidered with white flowers. As Bram talker to her, she touched it to the corner of her mouth. It hit me as nothing else had done: I was going to lose Ivy.”

Stark and distinct in its execution, Scary Monsters is recommended for devout literary readers. This is not the kind of book to gift a reluctant reader, or someone drawn to plot-driven stories. Readership skews female, 30+