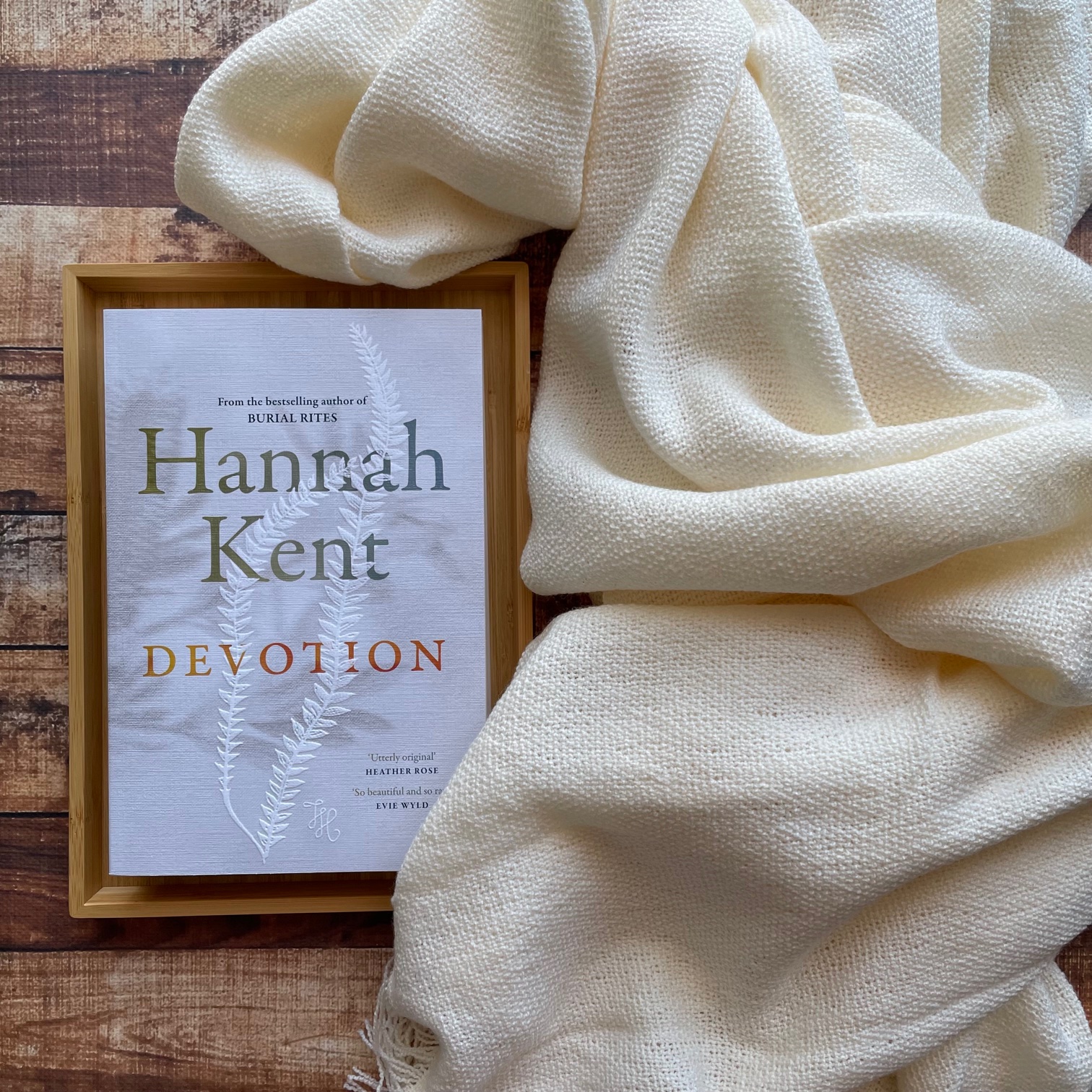 Prussia, 1836
Hanne Nussbaum is a child of nature – she would rather run wild in the forest than conform to the limitations of womanhood. In her village of Kay, Hanne is friendless and considered an oddity . . . until she meets Thea.

Ocean, 1838
The Nussbaums are Old Lutherans, bound by God’s law and at odds with their King’s order for reform. Forced to flee religious persecution the families of Kay board a crowded, disease-riddled ship bound for the new colony of South Australia. In the face of brutal hardship, the beauty of whale song enters Hanne’s heart, along with the miracle of her love for Thea. Theirs is a bond that nothing can break.

South Australia, 1838
A new start in an old land. God, society and nature itself decree Hanne and Thea cannot be together. But within the impossible . . . is devotion.

Hannah Kent’s third novel Devotion centres around a Lutheran family in Prussia who flee religious persecution, boarding a vessel to South Australia. A queer love story set in the early-to-mid 1800s, our main character Hanne is considered an eccentric but odd girl – she doesn’t conform to what’s expected of her. And when she meets young neighbour Thea, the two form more than just friendship. Whilst there’s heartache in this novel, there’s also hope and optimism.

Separated into two distinct eras, the novel follows Hanne and Thea not only as they leave their hometown and venture afar with their villagers, but the novel also follow them as they come to understand what it means to love and be loved.

“The wind blew us to the forest. Hand in hand, skirts buffeted against our legs, hair stinging out into the air above, we let ourselves be carried to the only cathedral we had known together. As soon as we stepped through the shield of pines, into their soft shadow and quiet green, I felt the holy in the air.”

Devotion is structed around tragedy – before and after. Whilst we’re not quite prepared for the tragedy when it arrives, Hannah expertly weaves us through the journey as we lead up to it and also as we grasp the aftermath on the other side.

A significant portion of the novel takes place on the ship to Australia, a harrowing journey that takes six months and leaves many dead and unwell. The boat is not crafted for that many guests, and the food is scarce. When sickness takes hold in the ship, it ravages through the population.

The pacing is deliberately slow, taking the time to build tension and companionship between Hanne and Thea. Hannah’s description and writing style are her biggest strengths; she carves incredibly beautiful sentences that evoke imagery and emotion. She can capture connections between characters with the fewest of words.

“Night is unfurling herself now. The wind has picked up and clouds have blown in over the rising moon. It is growing dark. Through the trees I can make out lights winking across the valley floor. I imagine that I alone remain outside at this hour. Everyone must be at their dinners or prayers now.”

Admittedly, the final third of the novel – as the ship nears South Australia, and then as the village settles on their new land – was my least favourite section. Hannah dabbles in supernatural elements that felt quite removed from the initial tone of the novel. The voyeurism felt too removed from the original story, and the characters too disjointed for the love story to feel authentic anymore. Sometimes the perspective didn’t feel quite as concrete and I got confused whose story we were witnessing.

I suspect this part of the novel will be divisive for readers, particularly given how unexpected the shift felt. Regardless, at that point in the novel you’re so invested in the characters I suspect all readers will venture on.

“It has been a long time since I held a Bible. Scripture I once knew by heart has become adultered with my own words so that it speaks to a truth I know more keenly. But if I close my eyes, I can still feel the weight of my family’s black book in my hands.”