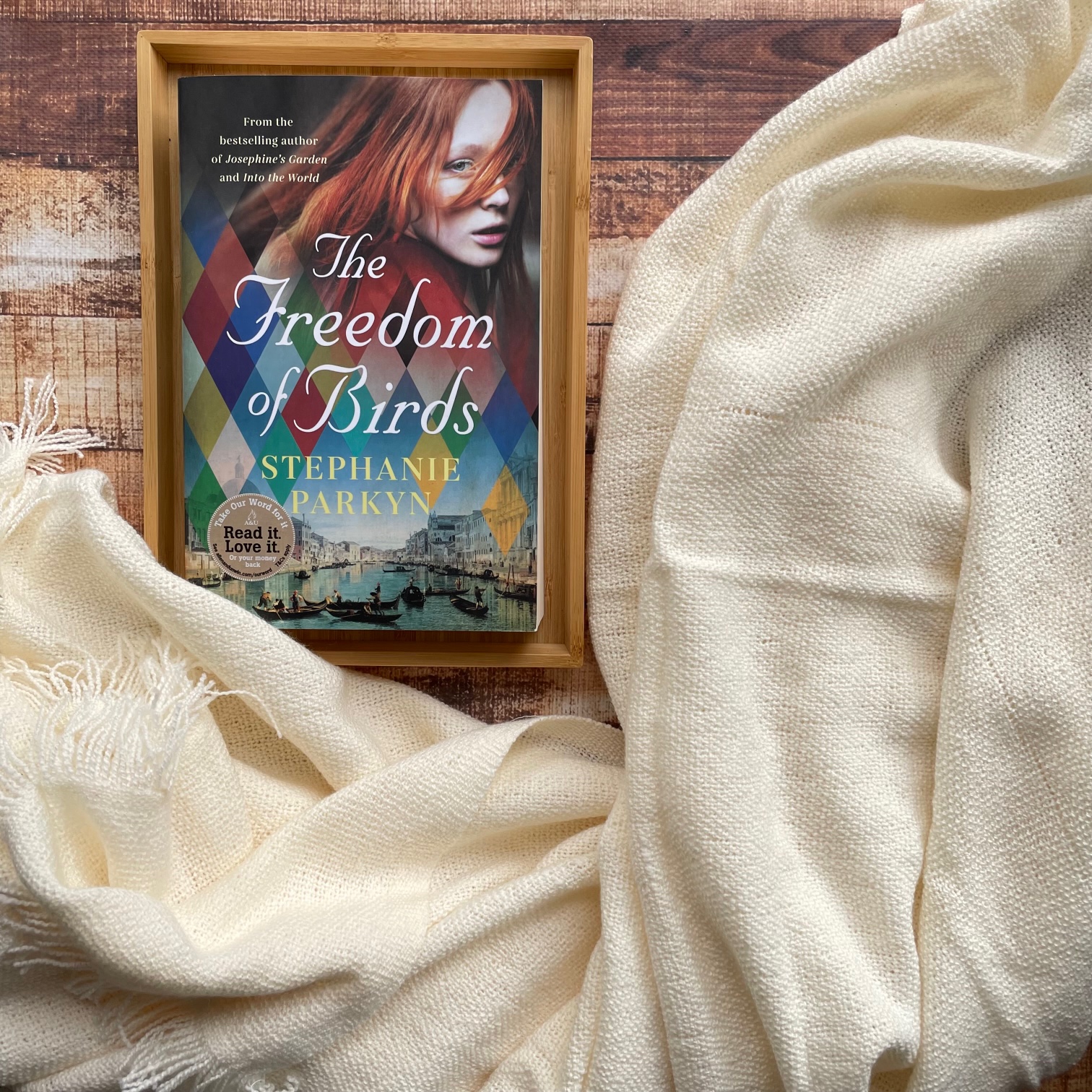 Remi Victoire is the golden child among all the theatre orphans; he dreams of a life on a Paris stage. But when this future is stolen from him, Remi and his faithful friend Pascal turn their backs on Paris forever.

With Saskia, a runaway orphan girl, Remi and Pascal form a performing troupe, travelling through the fairytale lands that are home to the Brothers Grimm, before finding a safe haven in Venice.

As Napoleon’s vast Empire crumbles, the French storytellers discover that Paris itself is now at risk of invasion and they fear for the loved ones they have left behind.

From picturesque villages to Italian theatres and on to the battlefields outside of Paris, this is a beautifully told story about the bonds of love and friendship, the importance of stories, and finding a place to belong.

Set in Europe in the early 1800s, Stephanie Parkyn’s The Freedom of Birds is historical fiction centring around a trio of orphan children who band together to form a performing troupe. From France to Italy, and the battlefields in between, Saskia, Remi and Pascal must learn to survive on their own.

The Freedom of Birds brings disadvantaged and marginalised characters to the forefront. There’s an element of fairytales and folklore running as an undercurrent to the novel, which makes it feel oddly comforting and reassuring at a time like this.

I’ve since realised there is some connection between this book and Stephanie’s previous two works — luckily, you don’t need to read her first two books to follow this one, although I’m sure it’d help provide additional context to the historical setting.

“Did they wonder, the townsfolk, how Father had come to possess her? Had they questioned her sudden arrival to that desolate church? No doubt he had spun a convincing story. Perhaps he told them he had rescued her from wickedness and vice and delivered her into the lap of God.”

Strengths lie in the research and political turmoil captured in the book. Whilst a lot of the events happening in that time period — particularly those related to war — went straight over my head and waned my interest, I appreciate how much work has gone into writing this book and I acknowledge there’ll be a loyal readership who will find themselves in love with the time period and the setting of the book.

From the battlefields to the tension, to the hatred for their unjust treatment, The Freedom of Birds transports you to another time and allows you to feel completely enveloped in the early 1800s. Each of the core characters are unique in their journey and their role within the story — each are fighting battles both in their minds and their environments. Their journeys in the book reflect their pursuit for the truth, and for the family they’ve never known.

“The smell of hay, manure, piss — I woke with it filling my nose and mouth, face down and chewing on the stable scrapings. I rolled over slowly, not wanting to move my head, feeling the hammers strike anvils behind my eyes. I prised an eyelid open.”

There were a couple of things that I didn’t love about the book, and the main one was the perspective shift. We move between Saskia, Remi and Pascal, but two of these voices are in third person and one is in first person. I found this incredibly jolting and sometimes I got confused about which perspective we were now in. I wonder why the author wrote it like this, instead of writing all three of them in third person and perhaps including a header at the beginning of each chapter with their name, so we immediately knew who we were following.

And secondly, I struggled with the pacing of the novel. It’s very slow. Too slow. Events didn’t seem to hold the magnitude they needed for historical fiction. So, whilst plotting was present and things did happen, they never seemed to be building towards enough of a climax to keep a reader hooked.

“Hunger gripped Pascal’s stomach like a dog that would not relinquish a stick. It gnawed at him. He felt each bite like a sudden cramp. Hunger hurt. He was tired of the ache.”