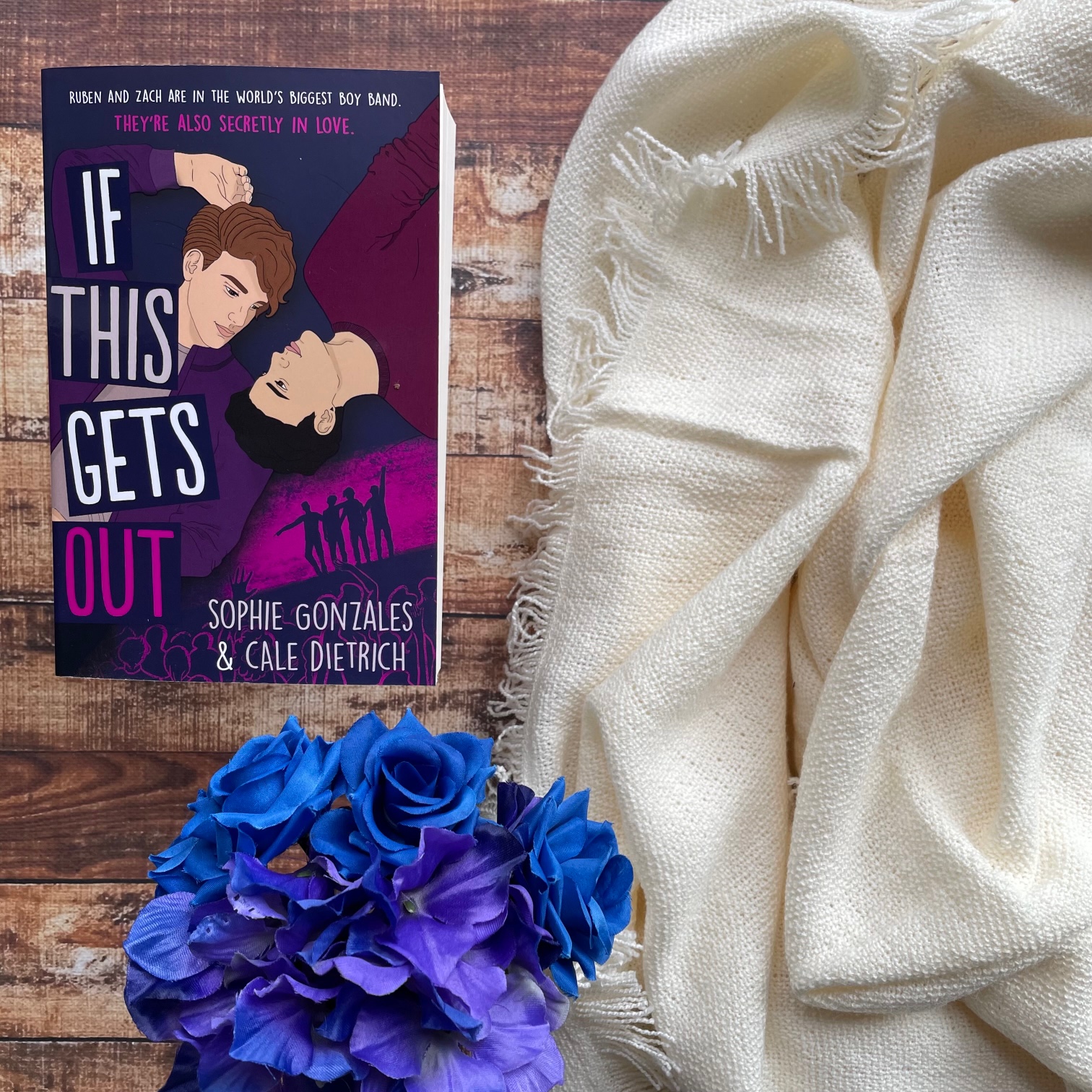 Eighteen-year-olds Ruben Montez and Zach Knight are two members of the boy-band Saturday, one of the biggest acts in America. Along with their bandmates, Angel Phan and Jon Braxton, the four are teen heartbreakers in front of the cameras and best friends backstage. But privately, cracks are starting to form: their once-easy rapport is straining under the pressures of fame, and Ruben confides in Zach that he’s feeling smothered by management’s pressure to stay in the closet.

On a whirlwind tour through Europe, with both an unrelenting schedule and minimal supervision, Ruben and Zach come to rely on each other more and more, and their already close friendship evolves into a romance. But when they decide they’re ready to tell their fans and live freely, Zach and Ruben start to truly realize that they will never have the support of their management. How can they hold tight to each other when the whole world seems to want to come between them?

Co-written by Sophie Gonzales and Cale Dietrich, YA drama and romcom If This Gets Out is set within the exclusive but fraught world of international musical stardom. When two members of a boy band start dating, they feel stifled by those around them who want to keep their relationship and sexuality a secret.

Written in first person POV and switching chapters between Ruben and Zach, If This Gets Out centres around a male/male relationship between two famous teenagers as they attempt to navigate what others expect of them. It’s an emotional but uplifting story for teenage readers. Amidst relationship turmoil, this YA novel is about a group of young boys who feel exploited by the music industry and the disastrous consequences that ensue.

“I climb into the minibus, following after Jon. Luckily none of the fans try to get into the vehicle. That’s as terrifying as it sounds, and I’d know: a girl jumped onto my lap once trying to get to Jon and she had to be pulled off by Pauline.”

Strengths lie in how Sophie and Cale have captured Ruben and Zach’s voices. Their internal dialogue allows for character depth and also character growth, and it was pleasing to read about their various relationships with family members — the good and the bad.

Sophie and Cale have also captured a realistic and authentic setting with this music world environment. Music producers and record labels are incredibly focused on image and perfection, so much so that what fans see is rarely the real thing — just a carefully constructed image put together by a team of people. From the security team to the manager to the publicity director, there’s a sense of familiarity in this if you’ve been involved in the entertainment industry and therefore know what that environment is like. It’s clear that a lot of research has gone into this book.

“Erin doesn’t deny it, and I suddenly realise I was stupid to think I’d been voted in by adoring fans. Of course Chorus picked who went on the list. I’ve understood the importance of maintaining our roles as romantic fantasies at all costs since the very beginning.”

Whilst Ruben, Zach and Angel all felt multi-layered and well-developed, I felt that Jon was a bit of a loose end in the story. His character arc revolves a little around his father’s power and control over the band, but Jon’s presence in the story felt thin and at times invisible.

Perhaps it’s hard to achieve this when there are four people in the band, plus a large cast of secondary characters, but I got to the end of the novel and couldn’t help but feel there was a missing element to Jon’s characterisation.

“My phone is sitting heavy in my pants pocket, so I pull it out and check it. Ruben is the last person I messaged, and seeing his name makes my heart rate spike. All I can picture now is his wounded expression. It fills my vision, taking over everything, making my stomach sink.”

Punchy, poignant and emotional, If This Gets Out is recommended for young adult readers, and those looking for LGBTQI+ representation in literature. Readership skews 14+