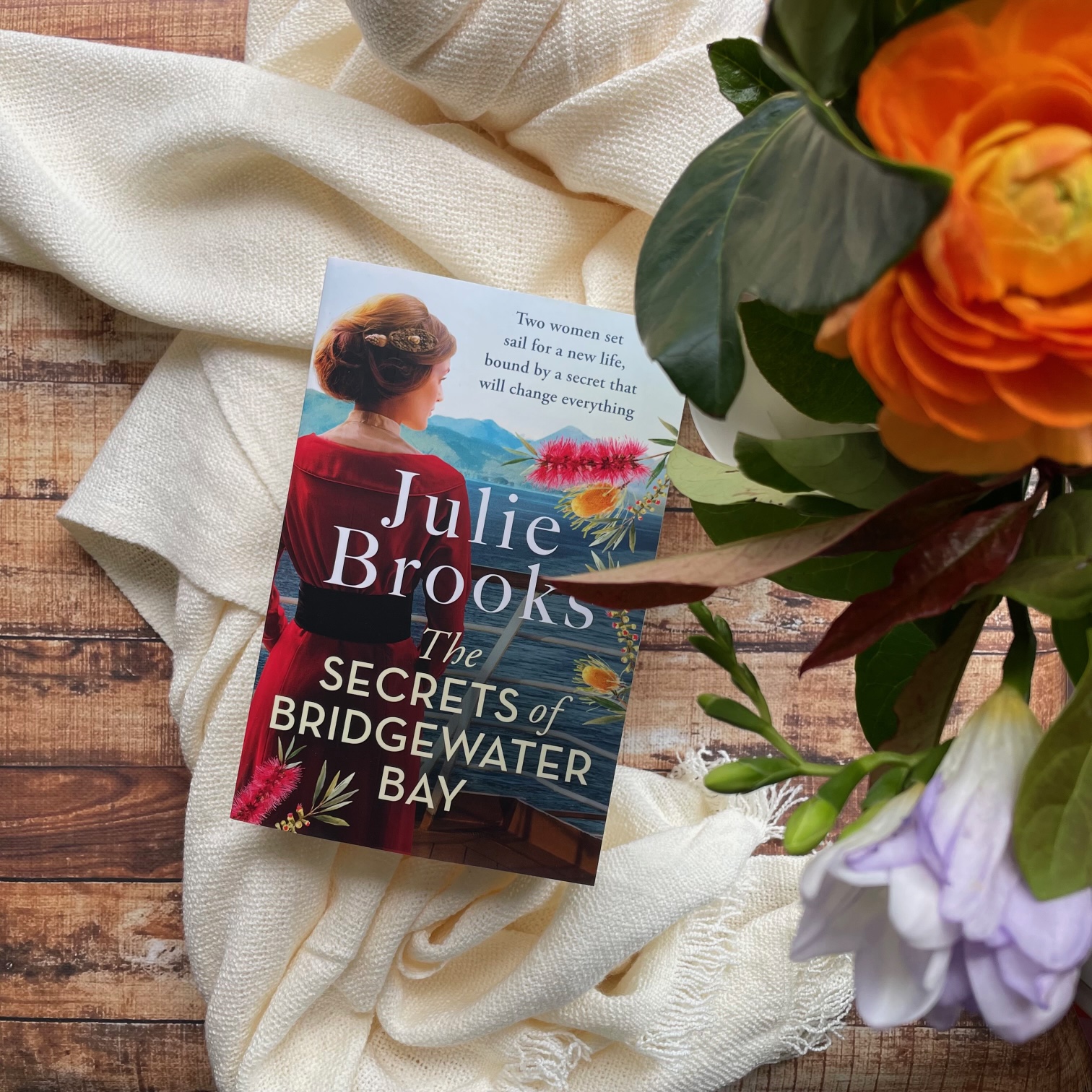 England, 1919: Rose and Ivy board a ship bound for Australia. One is travelling there to marry a man she has never met. One is destined never to arrive.

Australia, 2016: Amongst her late-grandmother’s possessions, Molly uncovers a photograph of two girls dressed in First World War nurses’ uniforms, labelled ‘Rose and Ivy 1917’, and a letter from her grandmother, asking her to find out what happened to her own mother, Rose, who disappeared in the 1960s.

Compelled to carry out her grandmother’s last wish, Molly embarks on a journey to England to unravel the mystery of the two girls whose photograph promised they’d be ‘together forever’…

Julie Brooks’ The Secrets of Bridgewater Bay is a dual-timeline historical fiction debut, transporting readers from WWI England to present day Australia. Centred around two young women — friends for a decade but bound together by a shocking secret — who set sail for a new life in Australia.

In present day, Australian woman Molly is searching for the truth behind her great-grandmother’s disappearance over fifty years earlier. Not a lot is known about the reclusive and camera-shy Rose, and Molly travels to England to find out more about Rose’s upbringing, in the hope it may come to understand what really happened to her.

“For months she had imagined that Ivy, like Rose, had migrated to Australia and begun a new life. She had envisaged her as the matriarch of a clan with a long, fruitful life. For whatever reason, Rose’s life had turned sour; she hoped that her friend’s had worked out happier.”

Julie Brooks captures the friendship between Ivy and Rose incredibly well — their initial close bond and the idea that they’ll be best friends forever. But, over time, Rose starts to inhabit the role expected of her — the privileged, wealthy young woman on the cusp of taking her place in society. Perhaps without realising, she starts to treat Ivy like a servant not like a friend, and bitter tension builds between them. As secrets come to light, the friendship soon deteriorates.

As someone who reads a lot of historical fiction, I found this novel incredibly refreshing. A mystery about a great-grandmother (not a grandmother) offers something a little different to the genre. That extra generation accounts for limited knowledge about that character, forcing a deeper dig into their life to find out the truth. It also means the connection between Molly and Rose is limited, given the age difference, so the story doesn’t rely on memories or emotional connection between the characters and more on facts and evidence, which provides a more thrilling, fast-paced story.

“But Rose knew that Ivy did indeed care. She always cared what her da would do, because he had a history of doing unpleasant things. Rose couldn’t remember her own father, but she couldn’t imagine him taking to her with a willow stick or shutting her in the coal box for an afternoon.”

Class plays an important role in this novel — whilst Rose is from a wealthy, privileged family, her best friend Ivy comes from a poor, abusive household. No one expects her to secure a comfortable life, so Ivy has to believe in herself if she’s going to rise above her surroundings. She refuses to be a servant or maid for the rest of her life, and is looking for a way to carve a respectable path for herself.

The only fault I can give this novel is the prevalence of perhaps a few too many signs that point towards the twist. Molly’s memories of Rose — her personality and her hatred of being in photographs, in particular — made it a little too easy to guess the ending of the novel. But apart from that, this is one of my favourite historical fiction reads from the past 12 months.

“Molly woke breathless, struggling to escape the undertow of her dream. Plunging her face into the pillow, she tried to vanquish the lingering images. Yet in the blackness her father was there, along with the ghostly form of the long-dead Rose, drifting before her eyes.”

A rich, sweeping tale of betrayal, and how long-held family secrets can tear apart even the strongest of friendships. Recommended for historical fiction readers, The Secrets of Bridgewater Bay is skewed towards female readers, 25+