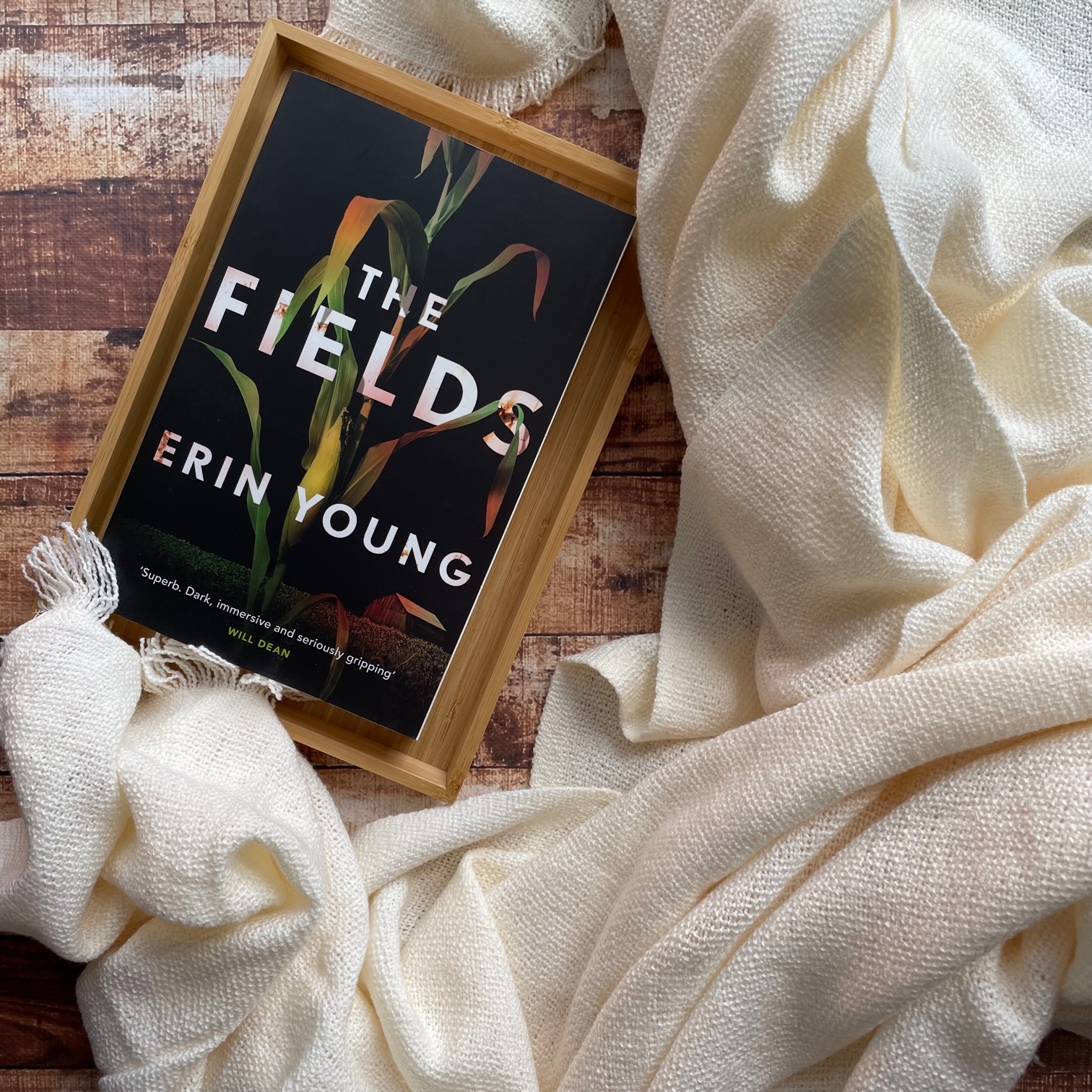 It starts with a body — a young woman found dead in an Iowa cornfield, on one of the few family farms still managing to compete with the giants of Big Agriculture.

For Sergeant Riley Fisher, newly promoted to head of investigations at the Black Hawk County Sheriff’s Office, an already horrific crime takes on a personal edge when she discovers the victim is an old friend, from a dark past she thought she’d left behind.

Rumour travels fast in small towns, while sweltering heat and state-wide elections only add to the pressure-cooker atmosphere. When another body is found, Riley is in danger of being engulfed by the fear and the frenzy. Something deeply disturbing is out there – and it reaches far beyond Black Hawk County.

Erin Young’s The Fields centres around a series of unexplained murders in a small Iowa town, and the local police sergeant in charge of solving the mystery.

The Fields falls neatly into the rural crime genre, set in a small American town with resemblance of tropes easily registered in this genre — close-knit communities, a closed-off, guarded police detective with past trauma and a chaotic family life, multiple unexplained murders that aren’t easily connected, and there’s even a moment in the novel where the protagonist is suspended from her job and must continue on regardless.

“As she crossed to the house, the rain stopped as suddenly as it had come. Before she reached the porch, Riley heard something down near the creek. A soft rustle of grass. She peered into the darkness but saw nothing. Maybe a woodchuck?”

Erin Young establishes pacing and setting immediately — from the first chapter, we’re thrust into the hot, desolate Black Hawk County. And before long, another body is discovered. Additionally, Erin has crafted a complex, layered protagonist with Riley. She’s still holding onto trauma from an event years earlier, and the discovery that one of her high school friends has been murdered brings back a lot of memories from that time in her life. I don’t feel that any of this is resolved by the end of this novel, but I believe more books featuring Riley are planned.

Through its plotting and ultimate resolution, The Fields provides commentary on America’s agricultural industry and genetic engineering, and the price that organisations will pay to maintain their stake in the system. Whilst the book doesn’t come across preach-y, the ending is quite convoluted and at times hard to follow. Perhaps a little overstuffed.

“It wasn’t long before she smelled it — the rot-sweet stink of death. A few yards later, she heard the bleep of a camera. Flies buzzed her face. Ahead, she picked out Bob Nolan’s bulk. The crime scene investigator was crouched among the roots.”

Whilst the premise of the novel and subsequent mysteries were enough to keep me engaged, I did feel like there were two elements in this book that were working against each other — is this a thriller novel? Or is this a book trying to take a stand on America’s agricultural industry and how big corporations are bulldozing small businesses into extinction? I’m not sure, and that’s what I struggled with.

The ending was so chaotic and convoluted, and I found it hard to keep track of all the side characters. Additionally, the chapters move between POV (mostly it’s Riley, but it does shift to other secondary characters), which I can see is required to give readers greater understanding of the complex plot, but it does slow down the novel and pull the reader away from the primary investigation.

“Twilight brought the bugs, followed by reporters from The Courier and a local news crew, hovering at the edges of the tape, cajoling the officers they knew for information. Things like this didn’t happen in Black Hawk County, where stores still closed on Sundays and strangers were noticed.”

Whilst this is marketed as a debut novel, it is actually a crime debut from an already established author writing under a pseudonym. Grisly and gritty, The Fields is recommended for readers of crime, thriller and mystery. Readership skews 25+. Note: there’s a lot of graphic detail in this book. It didn’t bother me, but if you prefer to shy away from detailed murder victims, maybe this isn’t the book for you.