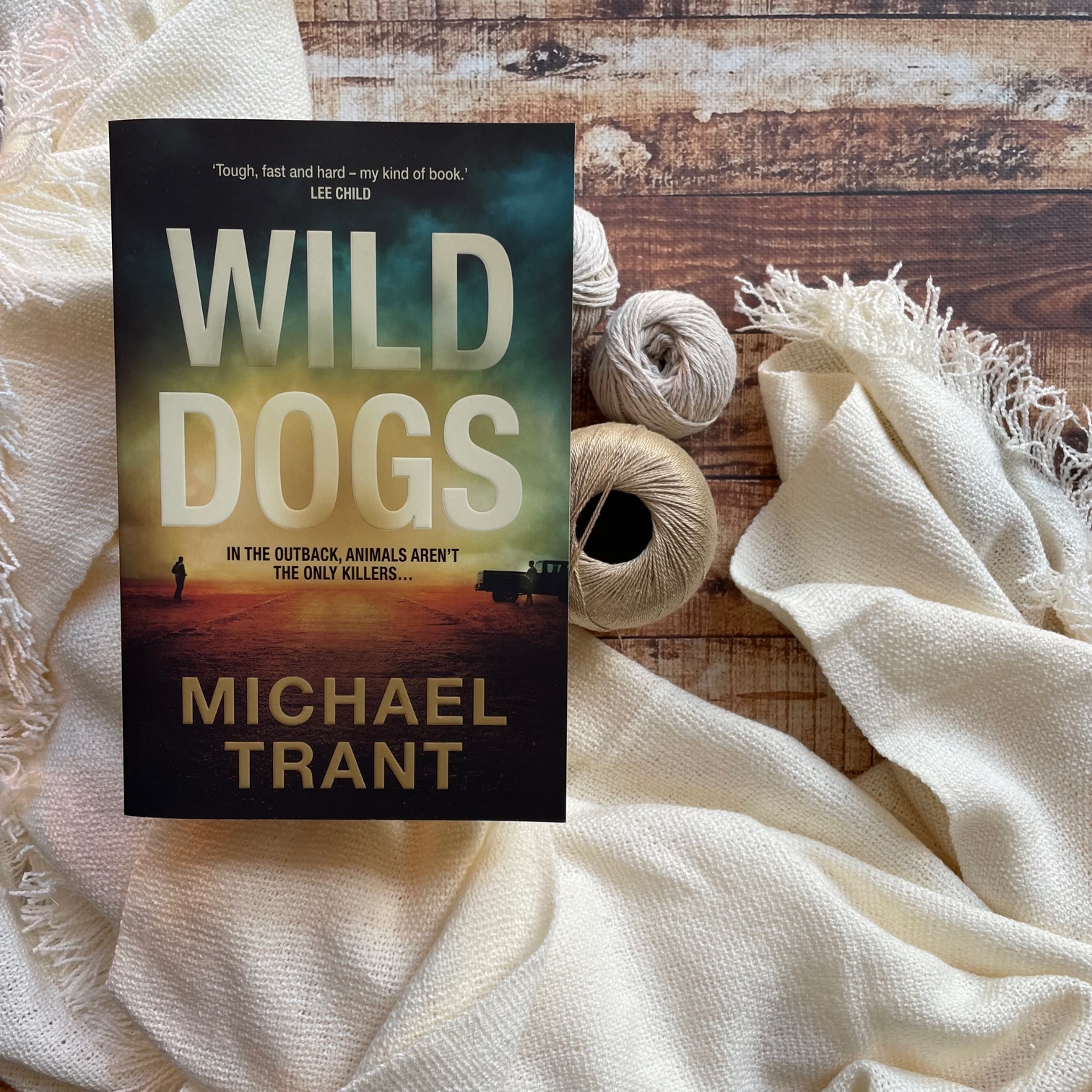 Still coming to terms with his wife’s death – and the part he played in it – the old bushman leads a solitary life. Until one morning, when he rescues a young Afghan man, Amin, from certain execution.

Now, with a gang of people smugglers on his tail and the lives of Amin’s family on the line, Gabe is drawn into a ruthless game of cat and mouse. His main opponent is Chase Fowler, a kangaroo hunter with bush skills as wily and sharp as his own.

As the old dogger and roo-shooter go head to head, Gabe will need all his cunning to come out of this alive…

Michael Trant’s Australian outback thriller Wild Dogs centres around an unlikely alliance between a hard-headed dog trapper and an Afghan refugee deep in the drought-ridden rangelands of Western Australia.

Gabe is the kind of man who functions alone. He minds his own business, and doesn’t work to interfere with others. He’s also still processing the death of his wife and his role in the tragedy. When he ventures out one day to lay and check traps for wild animals, he stumbles upon a planned execution of two Afghan refugees. He intervenes, and suddenly finds himself drawn into a dangerous people-smuggling operation secretly operating in Western Australia.

“Gabe watched as the insects crawled in and out of nostrils and open mouths, and felt ill. He was no stranger to death. If it wasn’t trapped or gunned-down dogs, it was the carcasses of emaciated livestock who’d succumbed to the dry, or a kangaroo he’d shot to make baits or for his dinner.”

Trant captures the remote, vast landscape with ease — the small town vibe, and the close-knot relationships that come with living in such an area. Additionally, the premise of the novel feels fresh in this genre. I’ve never come across a novel where the protagonist is tasked with hunting wild dogs, let alone being set in Australian bushland. It also felt different because most regional or rural Aussie novels centre around a mysterious murder, with an investigator as the protagonist, but Wild Dogs centres around the attempted murder of a refugee and the highly skilled local hunter working to keep him alive…

Whilst the circumstances surrounding Gabe and Amin’s paths crossing seemed a little easy, Trant brings a lot of grit, action and speed to his novel — Wild Dogs would work well for reluctant male adult readers, perhaps those looking for a holiday read and need something engaging.

“By the time they reached the abandoned well, the sun was almost below the horizon, casting an orange hue across the sky that faded to deep purple as the first of the many starts materialised.”

Admittedly, there were a few elements to the novel that felt a little too signposted and therefore predictable. The crooked cop for one, and the nurse accidentally being drawn into the story because she wasn’t quite switched on enough to realise there was danger surrounding her. The final few chapters, which is where most of the action happens, did provide a lot of tense interactions with characters and increased suspense, although with such a large cast of characters drawn into the fight, it felt a little convoluted at times. I wonder if Trant could’ve stripped back the number of characters present in those final, chaotic scenes.

This certainly felt like a personal response because I can’t find any other reviews that mention this, but I did wonder if Trant leant a little too heavily into Gabe’s ignorance around race and class. Gabe didn’t need to be so ‘tough’ or unaware of Amin’s cultural history to still be an effective protagonist. At times, Gabe’s dialogue, which may indeed match what men do really say, translated on the page a little forced and awkward.

“Amin paled at this suggestion. Gabe could see him wrestling with his thoughts, and the look of resigned guilt on his face told him that the man was blaming himself.”

High stakes, pacy, and dripping with tension, Wild Dogs is recommended for male readers, and is the perfect gift for father’s day or a father’s birthday. Readership skews 35+