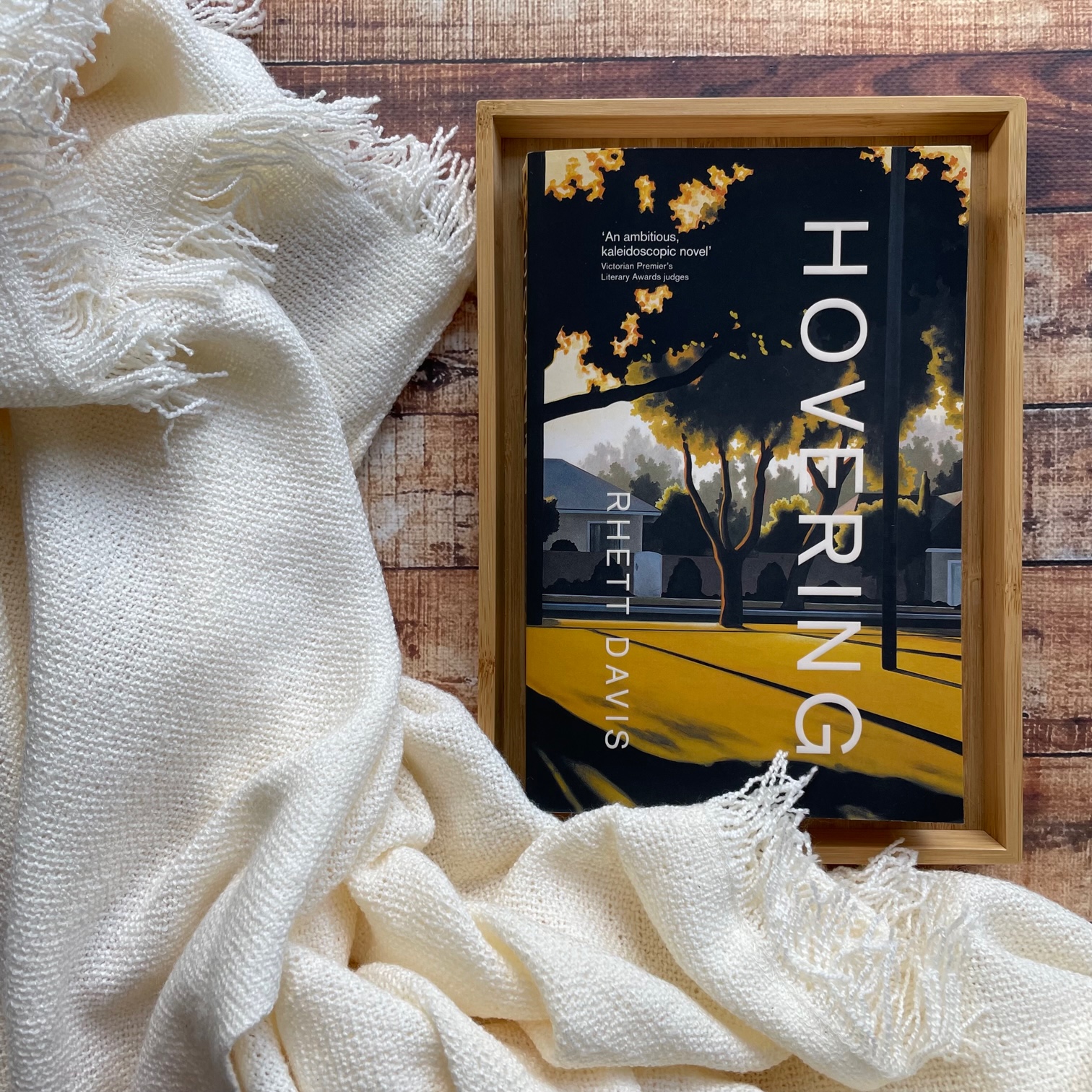 The city was in the same place. But was it the same city? Alice stands outside her family’s 1950s red brick veneer, unsure if she should approach. It has been sixteen years, but it’s clear she is out of options.

Lydia opens the door to a familiar stranger – thirty-nine, tall, bony, pale. She knows her sister immediately. But something isn’t right. Meanwhile her son, George, is upstairs, still refusing to speak, and lost in a virtual world of his own design.

Nothing is as it was, and while the sisters’ resentments flare, it seems that the city too is agitated. People wake up to streets that have rearranged themselves, in houses that have moved to different parts of town. Tensions rise and the authorities have no answers. The internet becomes alight with conspiracy theories.

As the world lurches around them, Alice’s secret will be revealed, and the ground at their feet will no longer be so firm.

Rhett Davis’ debut novel Hovering is an ambitious and imaginative novel straddling the border between literary and magical realism. It feels like one of those literary novels that is so clever in its imagery and symbolism, you can’t quite capture it all in one sitting.

Rhett’s novel feels unique in its form — with short chapters resembling a staccato stylistic technique, Rhett experiments with form throughout the novel. From HTML code to chat room or forum conversations, interview transcripts, text messages and spreadsheets detailing movements and dialogue, Hovering does make you feel like you’re moving through some sort of surreal tale.

“Some on the forums recommended exercise, so if he felt an attack coming, he tried to go for a run. When he ran, the noise of his blood drowned out the noise of what he thought might be the universe.”

Anyone who has lived away from home, or spent some time living away from where they were raised, will recognise some of the feelings and emotions brought to life in this story — the strange complexity of returning home and feeling like it’s different to what you remembered.

Written in what feels like a staccato voice — short scenes and chapters — we gain glimpses of the main characters like puzzle pieces. Two sisters with damaged history, and a teenage boy who won’t speak. A town that feels disrupted and fractured, like it’s shifted in recent years. It throws the reader into a sense of (intended) unease.

“The next day, the front door of Fay and Luis Montana’s house had been moved several metres to the left. It now opened on their bedroom. Fay stood at the door in a Malinda Banksia Festival 20—t-shirt, looking out at the street in some confusion.”

Themes in the novel include climate change, climate collapse, art and identity, artistic morality and legacy. Hovering explores urban development and how a city can adapt or reconfigure over time, soon becoming something you don’t even recognise.

Admittedly, the novel feels really slow-paced, but I sense that’s intentional. The short scenes counteract this and help keep the story moving without making the reader feel like events are happening too slowly.

“Alice had left Fraser in a rage. She was angry at her sister, at her parents, at her friends, at the city itself. They were all so backwards. They wanted nothing but comfort and gourmet burgers and new screens. They lived off the proceeds of a land that wasn’t theirs and permitted it by acknowledging if before public events and occasionally raising the Indigenous flag.”

Taut and original, Hovering is recommended for readers of literary fiction. Readership skews 30+