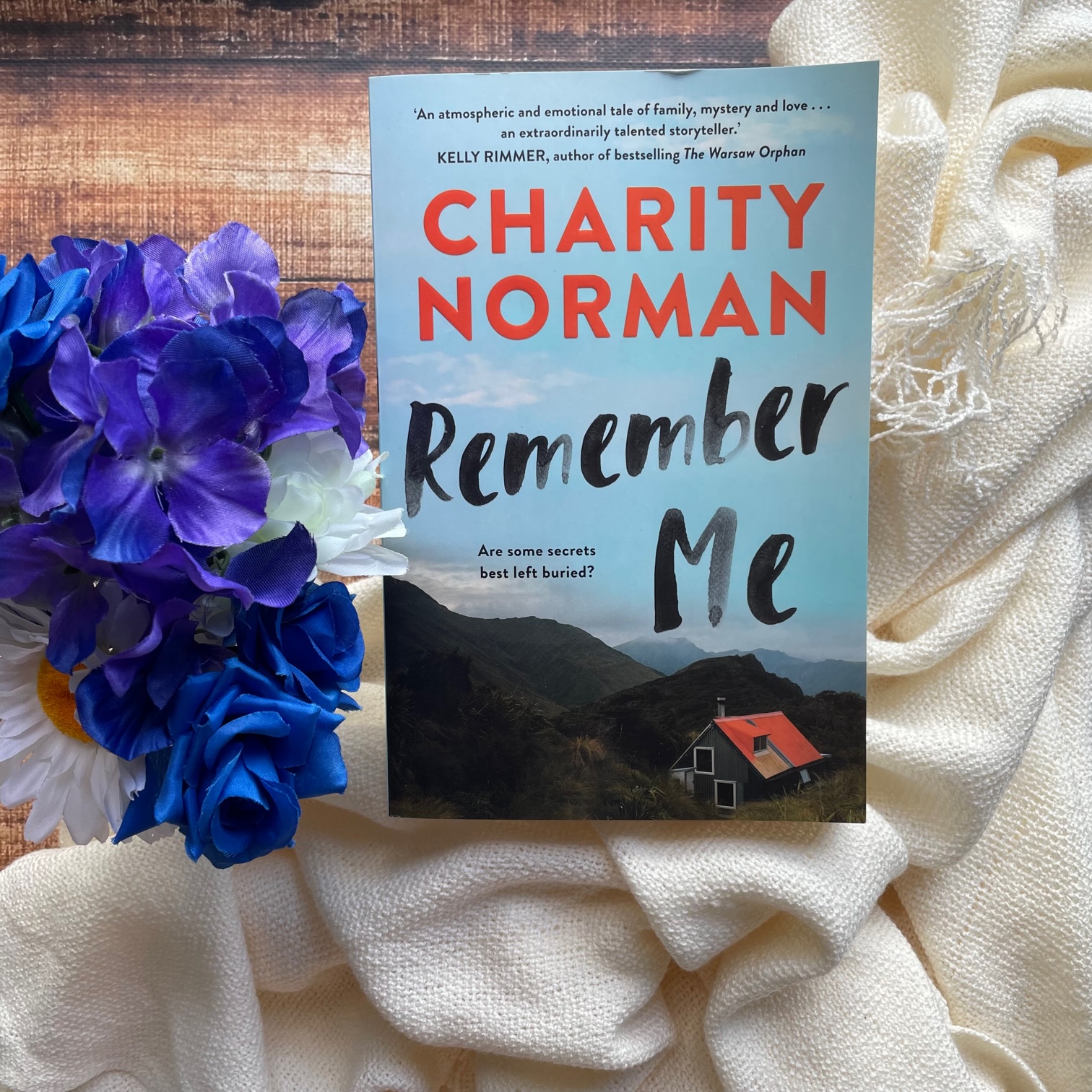 A heartfelt, page-turning suspense novel from the author shortlisted for Best Crime Novel in the Ngaio Marsh Awards for Crime Fiction, and for Best International Crime Fiction in the Ned Kelly Awards

They never found Leah Parata. Not a boot, not a backpack, not a turquoise beanie. After she left me that day, she vanished off the face of the earth.

A close-knit community is ripped apart by disturbing revelations that cast new light on a young woman’s disappearance twenty-five years ago.

After years of living overseas, Emily Kirkland returns to New Zealand to care for her father, Felix, who suffers from dementia. As his memory fades and his guard slips, she begins to understand him for the first time – and to glimpse shattering truths about his past. Truths she’d rather were kept buried.

Charity Norman’s Remember Me is a hybrid novel — part thrilling cold case mystery story in a small, close-knit town, and part literary story that explores the relationship between a father and daughter, recently reunited in close proximity while one progresses through a debilitating diagnosis.

When Emily leaves the UK and returns home to New Zealand to take care of her ailing father, she struggles with this new role as caretaker. Her siblings, who admittedly have helped their father in recent years more than Emily has, are nowhere to be seen, and Emily feels she cannot put her father in a home or institution. This is his home, and she feels she must stay for the foreseeable future. As her father’s memory starts to muddle and fade, he reveals truths about the past that have Emily questioning his connection to a missing local woman from two decades earlier.

“The study was his sacred domain; we children rarely set foot in there. He’d always been pedantic about keeping it tidy, everything in its place. I grabbed what I could, followed him down the corridor — and stopped dead in the doorway.”

Charity Norman does well to craft a dysfunctional family, not just between Emily and her father but also her siblings. They’ve cared for the father previously and there’s a feeling of exhaustion there, but also misunderstanding about their father’s diagnosis. There are bickering phone calls and heated conversations that any readers who have siblings will be able to relate to.

Additionally, other relationship dynamics include Emily’s mother, who left many years earlier and doesn’t appear to hold regrets, and the townsfolk, who hold significant love for Emily’s father but are also still riddled with despair from the disappearance of Leah two decades earlier.

I think the ending might divide some readers but I rather liked it — despite the truth about Leah’s disappearance initially seeming a little hard to swallow, I think Charity captured a poignant resolution that readers won’t suspect. Leah’s fate also ties in well with the journey of Emily’s father, who has been holding on to his secrets for too many years.

“Then I prowled around the car in the harsh light, cursing myself for throwing away the moral high ground. Why did I always do that? I’d been doing it since we were children. Well, I wasn’t going to call back and apologise. Never had. Bloody well wasn’t going to start now.”

Sensitivity is given around Felix’s Alzheimers, which Charity crafts with compassion and care. She also illustrates the emotions that can come with Alzheimers — the lack of understanding from the person but also their family and friends, the frustration. There is also a sense of community that can result when someone is going through this illness, as people rally together to help the person (and the family) in need.

One other notable mention includes the way that Charity captures the experience of ageing parents and watching your parents age with each passing month — that can be something we all understand, or will come to understand.

“I made my decision at three o’clock in the morning. It appalled me, but it was the only one I could make. Then I law awake, thinking about the practicalities and dreading Mum’s reaction. I finally fell asleep as the first birds began to stir.”

Heartfelt and captivating, with an engrossing mystery at its core, Charity Norman’s Remember Me will appeal to fans of family sagas like Jodi Picoult. Whilst the crime keeps the story propelling forward, I wouldn’t classify this as your regular mystery novel. Literary readers will also enjoy Charity’s writing and characterisation. Readership skews 25+