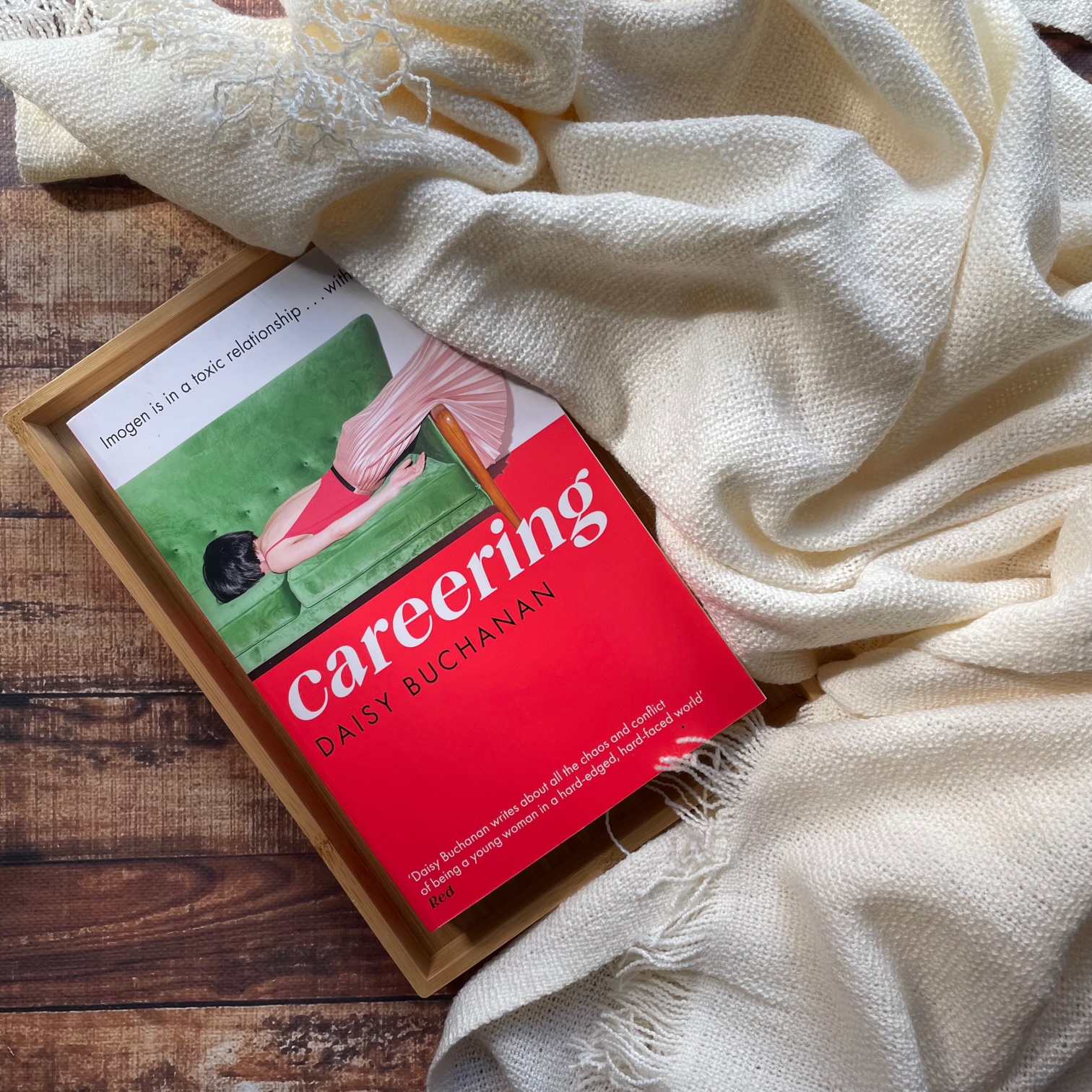 careering (verb)
1. working endlessly for a job you used to love and now resent entirely
2. moving in a way that feels out of control

There’s a fine line between on the right track and coming off the rails.

Imogen has always dreamed of writing for a magazine. Infinite internships later, Imogen dreams of any job. Writing her blog around double shifts at the pub is neither fulfilling her creatively nor paying the bills.

Harri might just be Imogen’s fairy godmother. She’s moving from the glossy pages of Panache magazine to launch a fierce feminist site, The Know. And she thinks Imogen’s most outrageous sexual content will help generate the clicks she needs.

But neither woman is aware of the crucial thing they have in common. Harri, at the other end of her career, has also been bitten and betrayed by the industry she has given herself to. Will she wake up to the way she’s being exploited before her protege realises that not everything is copy? Can either woman reconcile their love for work with the fact that work will never love them back? Or is a chaotic rebellion calling…

Daisy Buchanan’s second novel Careering follows two career-driven women and their unhealthy relationship with their jobs — from toxic environments and underpaid roles, to unrealistic expectations around how many hours to work each day. Most of us will be able to recognise elements of this in our careers.

Careering moves between Harri and Imogen, reflecting opposing sides of the toxicity of a workplace. Harri, in her 40s and boss of the media outlet, feels hurt by management’s decisions to shut her out of Panache. She’s exhausted and perhaps spent too long drinking the company Kool-Aid – maybe now she’ll realise what she really wants.

And Imogen, young and hungry. Desperate for full-time work with the magazine she’s always adored. But perhaps it isn’t what she thought it’d be — mismatched information and feedback, no clear direction, little pay, and no certainty of job security or career progression. Perhaps she’s placed Panache on a pedestal, and it’s time to chase another dream.

“On Monday, Harri was hopeful. By Friday, she’s exhausted. She’s crashing out in the Cafe Cucina — again, terrible, but so handy for the office — and trying to listen to Giles’ long list of woes, complaints and grudges, and how Giles has effectively been left to run Panache single handed.”

Careering presents us with a situation most commonplace — how hard are we willing to work for our ‘dream job’, long after the passion has dissipated? And what is an appropriate sacrifice to make to try and achieve that dream job? How long is it acceptable to work for free, or for minimum wage? What about long hours when we’re still considered junior in the company, with very little chance to progress through the ranks.

The novel also explores the pressures we can feel to fit in at a job, particularly somewhere illustrious like the fashion industry. From changed names to expensive outfits, most of the characters in this novel are presenting a facade very far from who they really are behind closed doors.

“Still, I’m so tired of doing this dance. Sam’s excuses for the lack of this imaginary job have been so creative, inventive and impressively consistent that it’s almost baffling that he’s failed to find any critical acclaim as a novelist.”

Careering heroes female sexuality and empowerment — the novel zeroes in on the importance of media outlets adapting and growing with its readers. Understanding readership is integral to launching something new, something daring, and Imogen’s writing material proves popular and timely.

Over time, Harri grows too desperate to succeed that she starts to lose sight of what she’s actually wanting to achieve. She loses sight of quality, as she hunts down quantity. While Imogen feels like the clear protagonist of the novel, Harri brings a contrasting perspective into the story and opens up the readership to an older demographic.

“To be fair, Tabitha should not have to explain herself when her outfit works as a sort of living CV. There is so much to take in, my brain didn’t fully process it all as she walked through the door. From the waist up, she’s dressed as Gene Kelly in On the Town, in a puffy white sailor blouse, with a navy blue collar.”

Sharp and observant, Careering fits well alongside authors such as Dolly Alderton, Beth O’Leary Emma Jane Unsworth and Anna Hope. Another tale about a woman taking control of her situation, in career and in love. Readership skews female, 20+