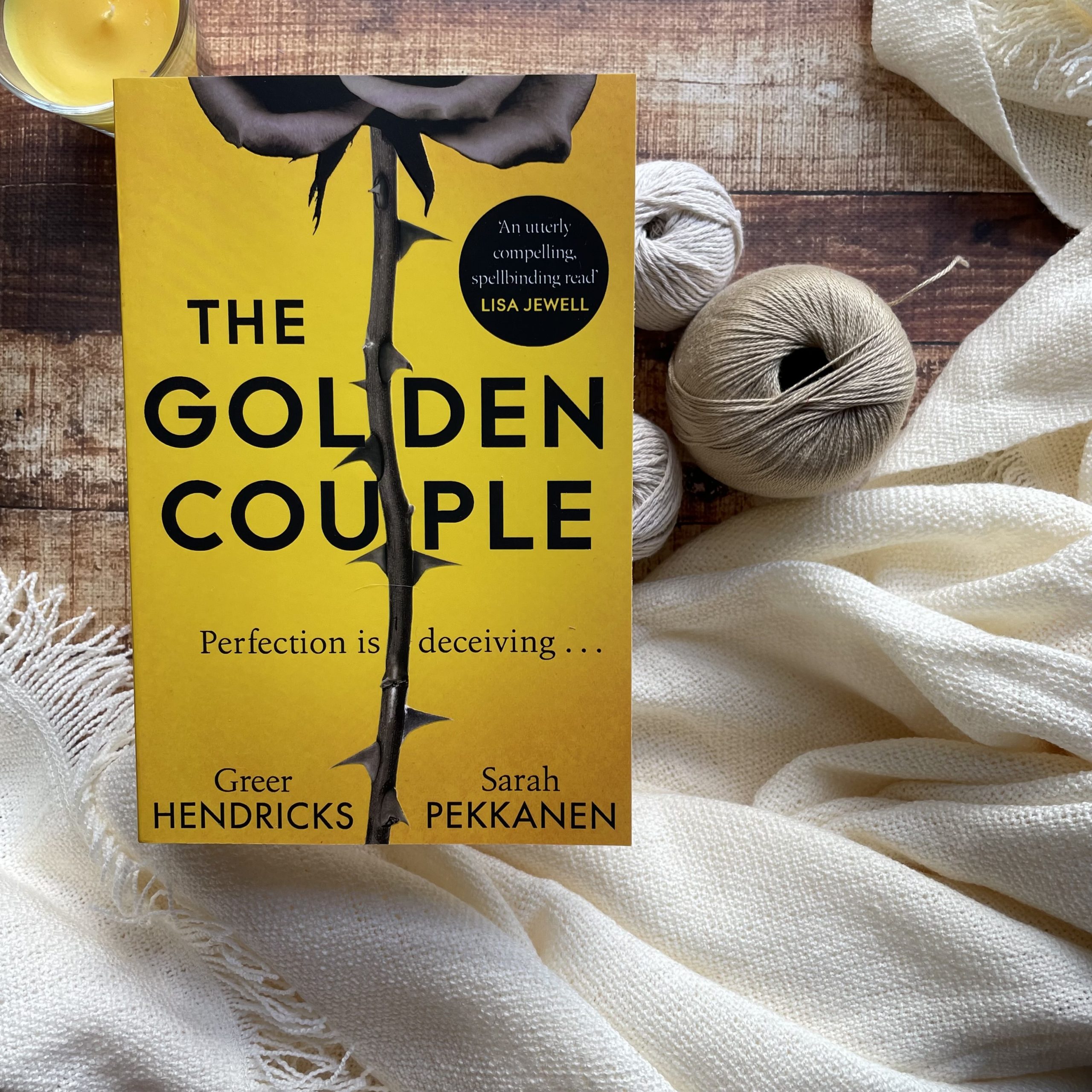 If Avery Chambers can’t fix you in ten sessions, she won’t take you on as a client. She helps people overcome everything, from domineering parents to assault. Her successes almost help her absorb the emptiness she feels since her husband’s death.

Marissa and Mathew Bishop seem like the golden couple, until Marissa cheats. She wants to repair things, both because she loves her husband and for the sake of their 8-year-old son. After a friend forwards an article about Avery, Marissa takes a chance on this maverick therapist, who lost her license due to controversial methods.

When the Bishops glide through Avery’s door and Marissa reveals her infidelity, all three are set on a collision course. Because the biggest secrets in the room are still hidden, and it’s no longer simply a marriage that’s in danger.

The Golden Couple is the latest psychological thriller from writing duo Greer Hendricks and Sarah Pekkanen — another intriguing, entertaining tale that crime and thriller readers will enjoy.

Written in third person but moving between two perspectives — disgraced therapist Avery Chambers and polished but deceitful client Marissa Bishop — The Golden Couple felt interesting in that there actually isn’t a crime, or even the hint of a crime, for most of the novel. In the beginning, Avery is merely employed to help Marissa and her husband Matthew process recent betrayal in their marriage. Sure, there are some suspicious elements to the story — Marissa’s assistant is a little clingy and doesn’t quite seem truthful, and Matthew also doesn’t seem to be entirely honest — but other than that, I couldn’t help but wonder where this story was going. And that was what made it so enjoyable. Avery acted as some sort of private investigator, tailing the Bishop family in an effort to help bring them back together. And over the course of the novel, suspicious events arise that give way to criminal elements.

“Avery will be here in less than thirty minutes. Matthew still isn’t home. Marissa desperately wants the half glass of crisp white wine she left on the kitchen counter, which she intended to sip while she finished tidying up.”

Greer and Sarah do well to establish quite a large cast of characters, all of whom seem suspicious. Marissa and Matthew are both withholding secrets, Avery is crossing a lot of ethical lines in an effort to achieve results, Marissa’s assistant Polly is acting suspicious and establishes herself quite early on as a red herring, and there’s also a mystery from Marissa and Matthew’s past that continues to haunt her in the present.

The Golden Couple feels very commercial. Whilst some of the twists feel a little forced and atypical, I think Greer and Sarah know how to craft intriguing premises and engaging characters. This is perfect for a beach or aeroplane read, and a great gift for a reluctant reader.

“Avery already seems to have Natalie’s number. Maybe the marriage consultant knew of Natalie’s existence even before her name came up during the session. Marissa was more than a little unsettled to learn that Avery was skimming through the details of their lives, but if Matthew is okay with it, how can she object?”

The characterisation did seem to waver a bit in the beginning before the story found its groove. Marissa and Matthew’s initial session with Avery felt a bit caricature, and dialogue a little unnatural. But once the suspect built, tensions rose, and the psychological thriller aspect of the novel started to make itself known, the characterisation solidified and it finished on a really strong note.

Additionally, there’s a subplot with Avery and the drug company Acelia which felt a little unnecessary in the book and like it didn’t actually gel within the story. Prior to the events in the novel, Avery acted as whistleblower and divulged to the FDA about Acelia, and now they’re intimidating her into giving up her source. Whilst there is an element of relevance to this at the conclusion of the novel, it feels rather flimsy and far-reaching for most of the book.

“Could this be true? Marissa realizes that in the month or so that Polly has worked for her, Polly has never mentioned a boyfriend or a night out with friends. Her parents live in Milwaukee, and as far as Marissa can tell, they’ve never visited.”