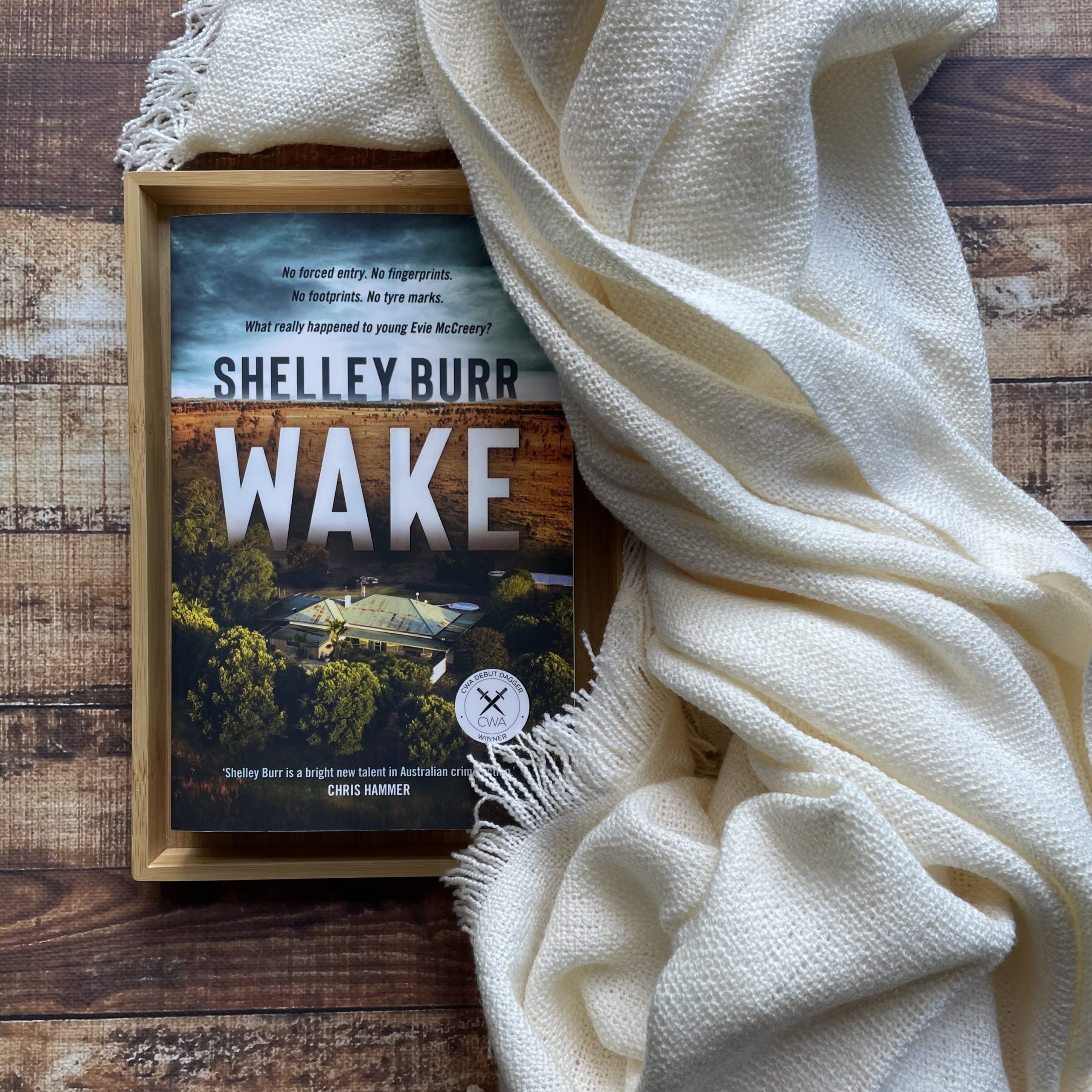 Evelyn simply vanished. The small town of Nannine lies in the harsh red interior of New South Wales. Once a thriving outback centre, years of punishing drought have whittled it down to no more than a couple of pubs and a police station. And its one sinister claim to fame: the still-unsolved disappearance of Evelyn McCreery nineteen years ago from the bedroom she shared with her twin sister.

Mina McCreery’s life has been defined by the intense and ongoing public interest in her sister’s case. Now an anxious and reclusive adult, Mina lives alone on her family’s sunbaked destocked sheep farm. The million-dollar reward her mother established to solve the disappearance has never been paid out.

Enter Lane Holland, a private investigator who dropped out of the police academy to earn a living cracking cold cases. Lane has his eye on the unclaimed money, but he also has darker motivations for wanting to solve the case.

Evelyn McCreery disappears from her bed in the evening one night, and there aren’t any clues as to what happened. Her twin Mina, sleeping in the bed beside her, hears and sees nothing, and struggles to comprehend what happened that night. As with most rural crime, a morally ambiguous and emotionally scarred private investigator — this time named Lane Holland — arrives in town determined to solve the case.

“He was surprised by how close it was to the house. Anyone who had even the slightest interest in the case knew about the McCreery dam, because it was a popular suggestion for where the body may have been hidden. It was strange to suddenly be faced with it in real life.”

Cleverly, WAKE explores what it’s like to have such widespread media coverage of an unsolved crime, and how that public scrutiny can affect those left behind — even years later. Every time someone arrives in town determined to solve the crime, a new film crew arrives ready to re-live what happened in the town, Evelyn’s family is subjected to prolonged trauma.

Intermittent forum posts further illustrate this theme of unrelated members of the public who obsess over well-known cold cases. Private tragedies become public property, and suddenly everyone thinks they know what happened to Evelyn McCreery. Most people are convinced it was Mina or her mother…

Of course, Lane does have history that seems to interrelate to this crime, and as Mina starts to open up to Lane, he makes unwelcome progress in solving the mystery surrounding Evelyn’s disappearance.

Shelley’s writing is tight, and the novel suspenseful. I appreciated that there’s actually a second crime that Lane solves in the novel — it’s not planned, but it adds depth to the story and provides what feels like a satisfying result early on in the story.

“Lane kneeled down and ran his fingertips over the dates listed for Evelyn. The date for her death was the day after the last time she was seen alive, when the two girls went to bed at 8pm. It seemed an odd choice to set something in stone — literally — when it was unknown.”

Without giving too much away, I didn’t love the ending. The truth about Evelyn’s disappearance felt a little too…convenient. Too neatly wrapped up in a bow. Whilst I liked how the two disappearances in the town were connected, because it felt unexpected yet plausible, I felt let down by the person responsible for Evie’s disappearance because they didn’t hold enough presence in the novel.

Despite this, WAKE is atmospheric and engaging. Readers will power through this rather quickly, which is always the sign of an enthralling read. With each chapter, Shelley keeps you wanting more.

“The signs to look out for, when searching for a body, were discoloured soil, unusual patches of vegetation, and sections of earth that were higher than the surrounding ground, or oddly sunken. Looking at the Martian landscape, the random hillocks and gullies, the patches of saltbush and scrub, she had no idea how any of that could be spotted.”

Fast-paced, high-stakes and surprisingly emotional, WAKE is recommended for readers of crime and rural fiction — mystery and thriller readers will also enjoy this. Readership skews 25+