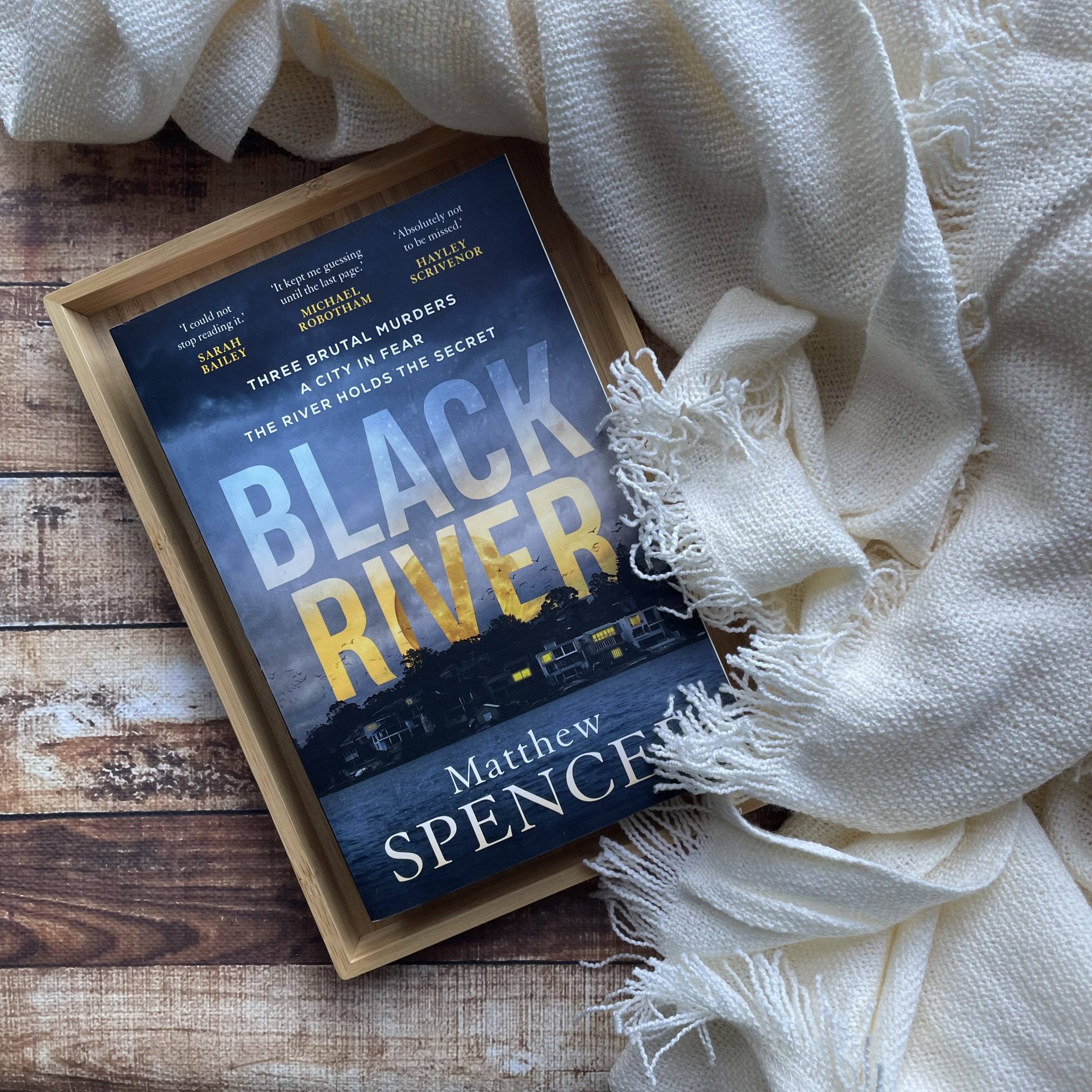 A long, burning summer in Sydney. A young woman found murdered in the deserted grounds of an elite boarding school. A serial killer preying on victims along the banks of the Parramatta River. A city on edge.

Adam Bowman, a battling journalist who grew up as the son of a teacher at Prince Albert College, might be the only person who can uncover the links between the school murder and the ‘Blue Moon Killer’. But he will have to go into the darkest places of his childhood to piece together the clues. Detective Sergeant Rose Riley, meanwhile, is part of the taskforce desperately trying to find the killer before he strikes again. Adam Bowman’s excavation of his past might turn out to be Rose’s biggest trump card or it may bring the whole investigation crashing down, and put her own life in danger.

Matthew Spencer’s Black River is an enthralling, engaging crime thriller set in Western Sydney. A young girl has been murdered and found on the grounds of an elite boarding school in Parramatta, and with a serial killer already terrorising Gladesville, Sydney is on edge. Is this the work of the Blue Moon Killer? Or is this a copycat?

Another journalist using their writing skills to craft a page-turning thriller, Spencer wrote for The Australian for over two decades. As a result, his writing is taut and meticulous. He crafts a story with intrigue and he brings to life characters that feel three-dimensional and authentic. There is a lot of insight into the police investigation, as well as the media coverage around this new murder. Additionally, Black River uses a fresh setting – Western Sydney – that I haven’t recently come across in Australian crime.

“A cloying drawl. Repulsion slithered in Riley. Who had who in whose pocket? Sydney was a corrupt town, and Canberra would be worse. It was a slimy game and Bishop was a player.”

This police procedural moves between the lead investigators, Rose Riley and Steve O’Neil, and established journalist Adam Bowman, who has lived in the area most of his life and whose traumatic childhood helps uncover potential truths about the latest murder.

One of my favourite parts of the book was the working relationship between the police detectives and journalist Adam Bowman – it showed how a symbiotic relationship can benefit both parties, and hopefully draw out the killer. It’s not something I’ve seen examined in crime fiction to this level of detail; the book illustrates how police detectives form those deals with journalists to control and manage the release of information to the public. Black River shows great intimate knowledge of the Australian media landscape.

“The new constable, the Parramatta detective, was first in, sitting at the end of the row of desks with a laptop. Riley had noted her at the school on Thursday and again yesterday and liked what she saw: diligence and intelligence.”

The resolution does indeed come at a rush – we’re almost through the entire book when we discover the truth about the murder. Part of me wondered if it happens too quickly, because the pacing of those final pages doesn’t match the pacing of the rest of the book. But at the same time, I did enjoy how we felt we’d understood what happened to the young girl and then Spencer throws a couple of unexpected twists at the reader.

Initially I did find it confusing grasping the details of this murder vs. the details surrounding the established Blue Moon Killer. For most of the novel, people can’t seem to decide whether this murder is the latest work of the serial killer, and the moving back and forth between the two possibilities does give the reader a bit of disorientation.

“The front oval with the media pack was down to the right. Network vans, camera crews, tents, desks, cables, a mobile canteen, newspaper and radio reporters, photographers, bloggers. A police media tent stood in the middle, the big top at the circus. Bowman was on the highwire, looking down. To stay on the trapeze, he needed the cops.”