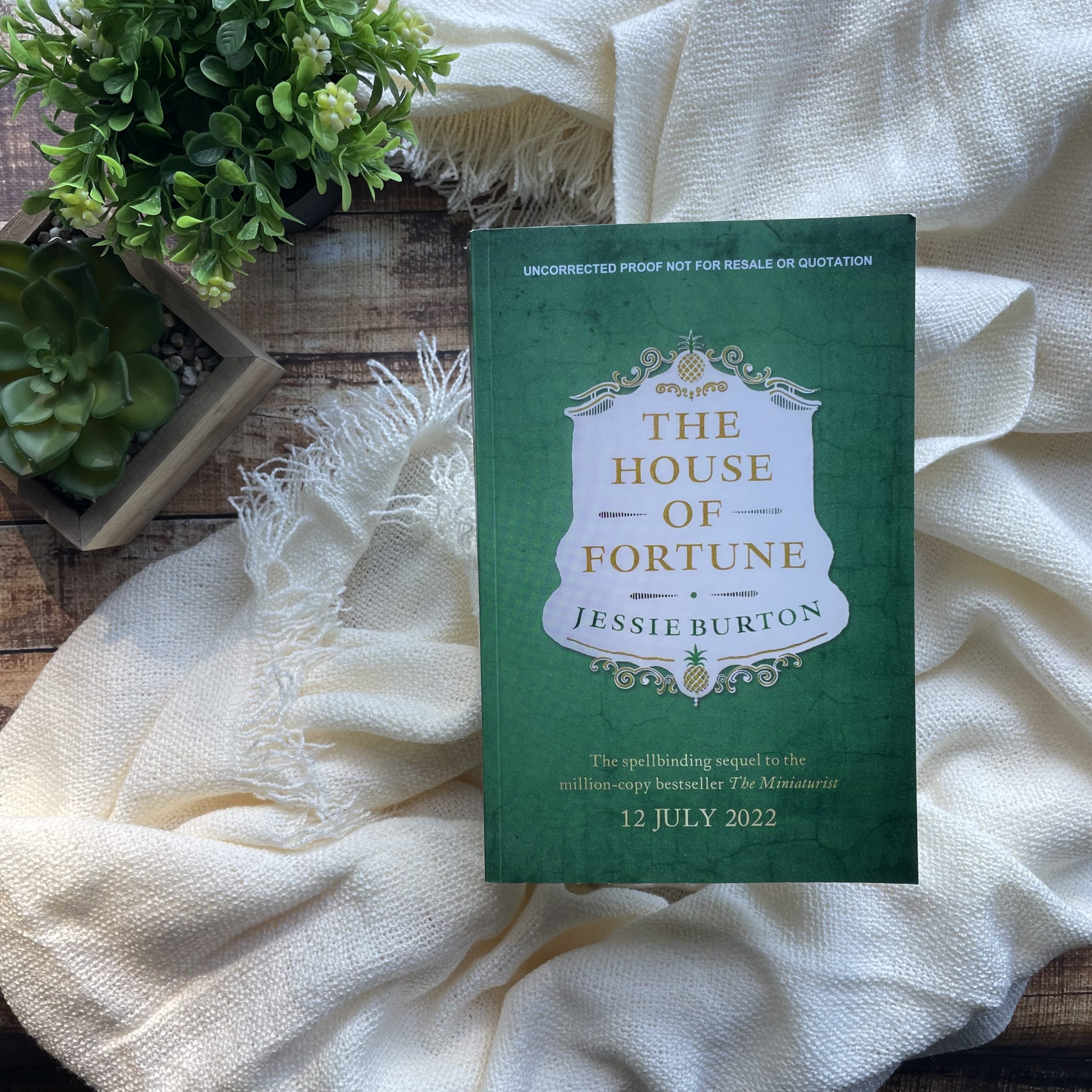 Amsterdam in the year 1705. Thea Brandt is turning eighteen, and is ready to welcome adulthood with open arms. At the theatre, Walter, the love of her life, awaits her, but at home in the house on the Herengracht, winter has set in – her father Otto and Aunt Nella argue endlessly, and the Brandt family are selling their furniture in order to eat. On Thea’s birthday, also the day that her mother Marin died, the secrets from the past begin to overwhelm the present.

Nella is desperate to save the family and maintain appearances, to find Thea a husband who will guarantee her future, and when they receive an invitation to Amsterdam’s most exclusive ball, she is overjoyed – perhaps this will set their fortunes straight. And indeed, the ball does set things spinning: new figures enter their life, promising new futures. But their fates are still unclear, and when Nella feels a strange prickling sensation on the back of her neck, she wonders if the miniaturist has returned for her . . .

Set in 18th century Amsterdam, Jessie Burton’s The House of Fortune is the companion novel to her internationally best-selling novel ‘The Miniaturist’. Taking place 18 years after the end of The Miniaturist, Nella has helped raise Otto and Marin’s daughter Thea without any reappearances of the miniaturist. But that doesn’t mean she isn’t far away.

Nella’s family are struggling financially — Otto has lost his job and Nella and Thea are keeping up appearances despite their savings drying up. Thea, unbeknownst to anyone else, is conducting an affair with a local painter who she hopes to marry — she rejects Nella’s suggestion of marrying into wealth to save the family from financial distress.

“Thea closes the front door and leans against it in the cold air, placing the golden dress on the step in order to rip apart the paper. When she sees what is lying inside, she lets out a gasp of delight. It seems impossible, but it’s true. Here is Walter, miniaturised to absolute perfection.”

Written in third person and moving between Nella and Thea’s perspectives, we once again experience that reserved, distant voice that Jessie Burton is known for. Despite being set one generation later, the events from the first book still loiter in this tale — the circumstances surrounding Thea’s birth, the identity of her mother and what she was like as a person, the death of Nella’s first husband, and of course, the miniaturist who plagued her marriage. When Thea begins receiving small miniatures delivered to the house, it propels her in a direction no one could foresee, quickening the pacing towards a tense finale.

Whilst I didn’t love this as much as the first book (I don’t feel that the magic and intrigue is as prevalent as this one),Thea takes the reins throughout the story and is quite the fascinating protagonist. The period setting of the book is, as always, elegant and enticing to read, and it is enjoyable to step back into these lives eight years later.

“There is a long silence. The four of them contemplate a future that has suddenly become yet more uncertain. It’s as if the ropes that were tethering the have been severed, and are snaking away, and Thea and her family are drifting into unknown waters with no sense of where they might go.”

Through Thea’s role and presence in society, we come to understand the inherent prejudice of a child born from an upper class, white mother and an African servant. Other people’s feelings towards Thea’s lineage can be felt bubbling under the surface, threatening to rise with each passing chapter. And because Thea feels she is left in the dark about her mother, and the circumstances leading up to her death, she rebels against the family’s expectations of her.

I know this is marketed as a companion novel and not a sequel, but I feel that prior knowledge of The Miniaturist is advised for this one – truthfully, I wouldn’t recommend it to anyone who hasn’t read the first book. There’s something so magical about the original story, which makes it all the more enticing to step back into this world for The House of Fortune. If you have read The Miniaturist, but it’s been some time and you can’t really remember what happened, I was the same and just did a quick Google search to refresh my memory.

“Jacob is impressed by the house, Nella can tell. Its flesh might be scanter these days, but the bones are strong. He cranes his head back to admire the trompe l’oeil on the ceiling. He stares at the grisailles on the wall with the same intensity he had focused upon Thea in Clara Sarragon’s antechamber.”

Recommended for fans of The Miniaturist, as well as sweeping, magical sagas set in 18th century Europe. There’s a beauty to this setting and these characters, brought to life with Jessie’s signature prose and dialogue. Readership skews female, 25+