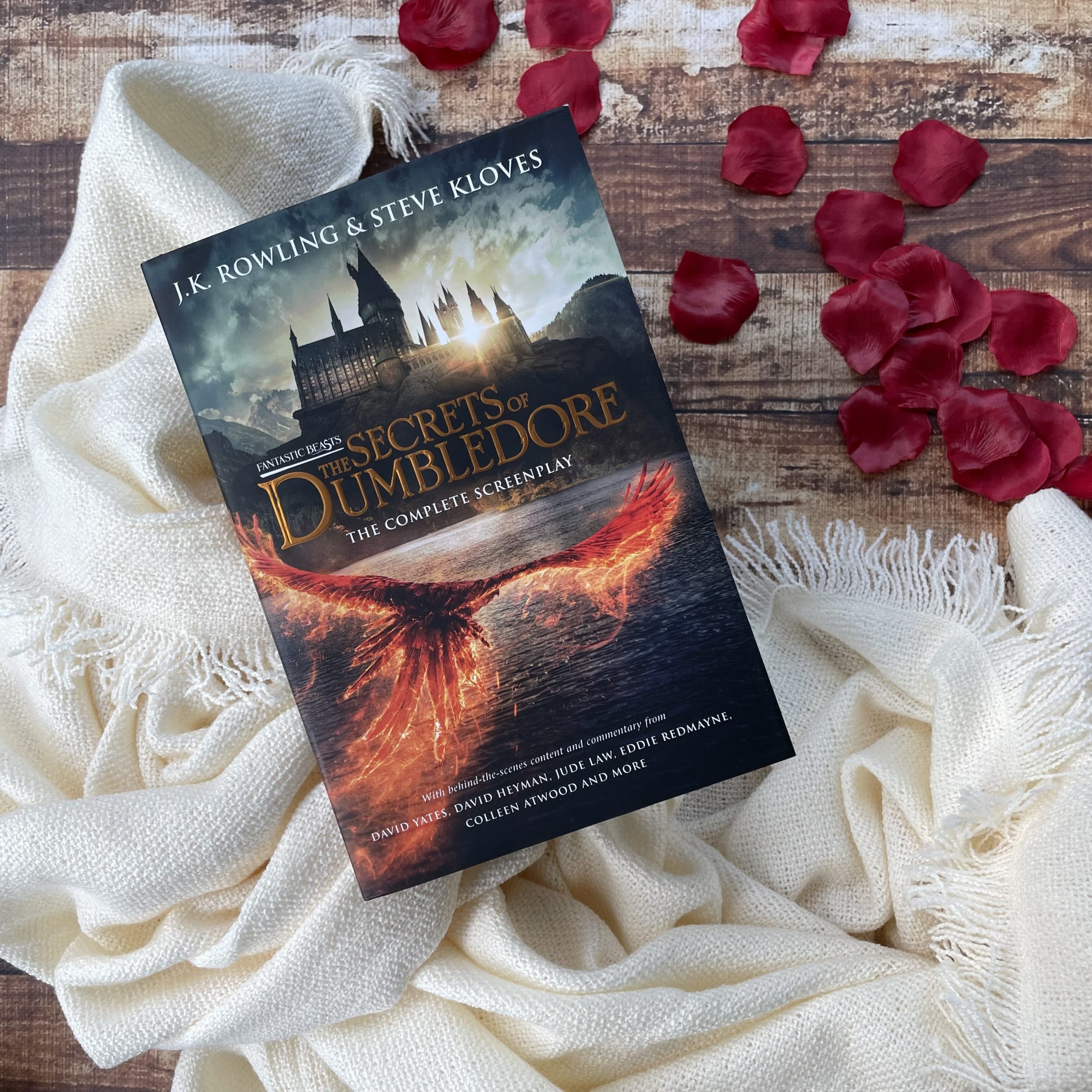 Professor Albus Dumbledore knows the powerful Dark wizard Gellert Grindelwald is moving to seize control of the wizarding world. Unable to stop him alone, he entrusts Magizoologist Newt Scamander to lead an intrepid team of wizards, witches, and one brave Muggle baker on a dangerous mission, where they encounter old and new beasts and clash with Grindelwald’s growing legion of followers. But with the stakes so high, how long can Dumbledore remain on the sidelines?

From J.K Rowling and Steve Kloves, The Secrets of Dumbledore is the official screenplay to the third film in the franchise, and the ultimate companion to the movie. The screenplay invites readers to explore behind the scenes of the script, with insights and commentary from David Yates, David Heyman, Jude Law, Eddie Redmayne and Colleen Atwood, among others.

“Dumbledore has always been an enigma. He’s got this spark, this kind of playful quality to him whilst dealing with ridiculously high stakes. But there’s also a kind of slightly father-son, master-apprentice connection between Dumbledore and Newt.
-EDDIE REDMAYNE, Newt Scamander”

The Secrets of Dumbledore allows for considerable character growth for some of the more secondary characters in the previous films – in particularly, Queenie. After betraying those close to her, she has an opportunity to redeem herself in this one, and we clearly see the depths of guilt she feels over her own actions. We also come to understand more about Newt’s brother Theseus – initially he seemed rigid, inflexible and harder to love. But his journey in the story allows for a more tender and approachable representation of him and I think audiences will like his development.

One of the core unveils in this story is the backstory of Dumbledore and Grindelwald, more specifically, their romantic history. It’s a noticeable lens on their rumoured romance, which I’m sure many fans will be pleased to see.

“One opportunity to really engage with the Art Deco style was the magical train that transports our heroes from London to Berlin. The sculpted panels of the fireplaces are based on some very Art Deco wall decorations. We then took elements of those panels and created the logo for the wizarding train company.
-MIRAPHORA MINA, Graphic Designer”

I still can’t help but feel this series suffers from inconsistent pacing and a revolving door of characters moving in and out of the play – it feels chaotic to read this, like we don’t have enough time with each character and nothing anchoring us to the book. I never felt strongly about Newt as a protagonist, and so I don’t possess much of a vested interest in his storyline. I’m glad that Dumbledore has a greater presence in this book, but we move through scenes so quickly it feels a little messy.

“Usually if we smash up a city, we then have to fix it. But here Dumbledore and Credence are in a mirror world, and that gives us the chance to really show off Credence’s unique skills as a wizard and come up with new ways to visualise spells…
-CHRISTIAN MANZ, Visual Effects”

Given this is the third screenplay in the series, the readership is pretty sold at this point. Recommended for fans of Harry Potter and Fantastic Beasts, and suggested for people up-to-date with the Fantastic Beasts series. Hardback and jacketed, the package is once again a beautiful addition to a bookshelf.