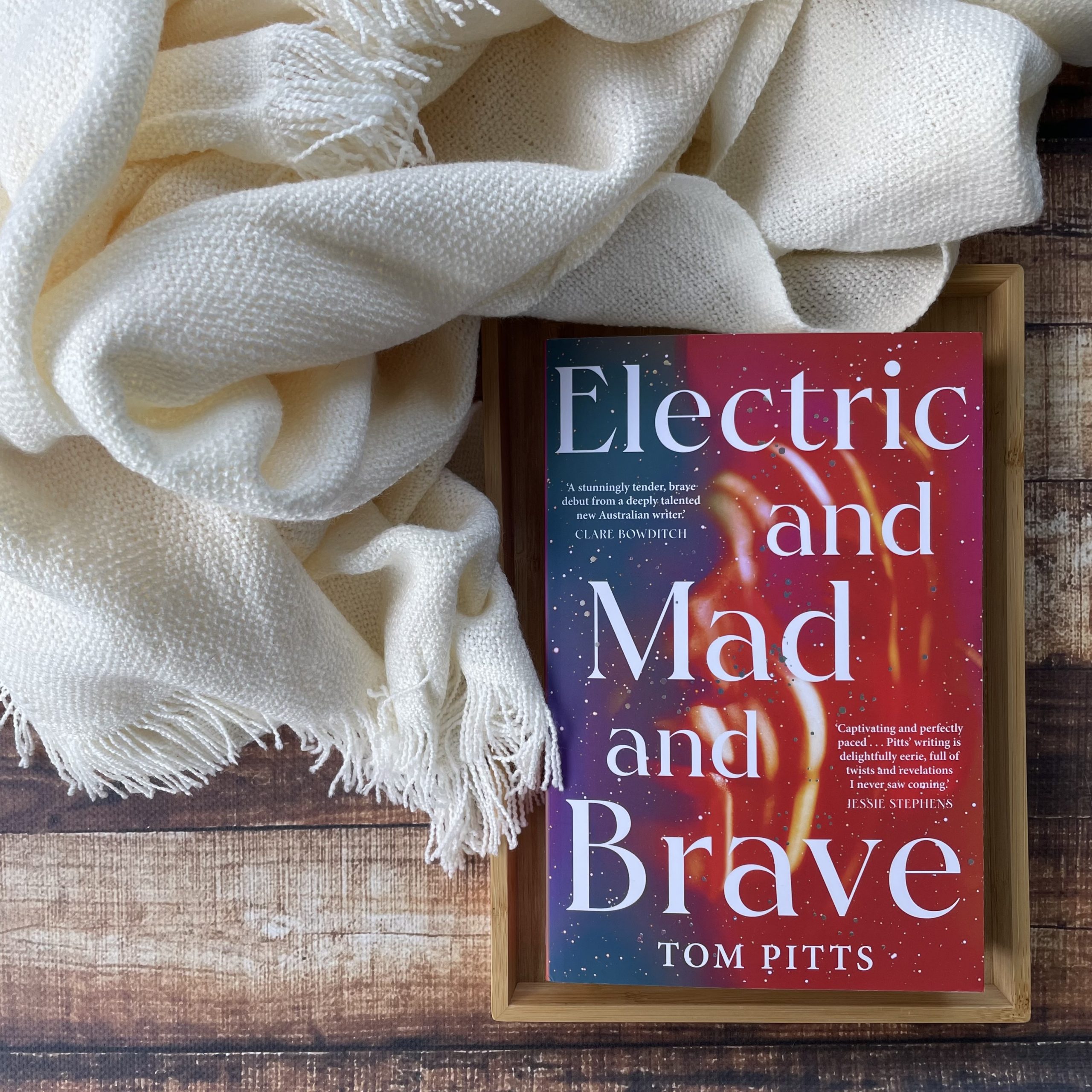 Matt Lacey is in a mental health facility recovering from a breakdown.

In an attempt to work through a mess of conflicting thoughts and feelings, he writes, unwinding the story of his adolescence with the beautiful, impassive, fierce Christina.

As Matt delves into the more agonising moments of his past, he has to learn to look directly at the pain and love that have made him who he is now.

Brazenly wearing its heart on its sleeve, Electric and Mad and Brave is a heightened and technicolour story about the soaring joy and numbing nightmare of being young and hopelessly in love.

Tom Pitt’s literary debut Electric and Mad and Brave centres around twenty-eight-year-old Matt Lacey, living in a mental health facility in Melbourne and struggling to confront and reconcile with events from his past. When Matt’s therapist suggest he keep a journal to reflect on his childhood and the events that led to his admission into the facility, we are immersed in a compelling and tender history.

Narrated in first person, the book’s stylistic devices allow for an immediate sense of Matt’s mind frame and his willingness (or rather, unwillingness) to confront the truth about his past. We come to realise early on that Matt is an incredibly unreliable narrator – at first, his journal entries are clear and concise. Over time, they become chaotic, they double-back, they re-write events we thought we’d already learned. Matt is being untruthful with the reader and it isn’t until the final chapters that we find out how certain events actually unfolded in Matt’s childhood.

“No – that can’t have been what she’d meant to say. There’d been something else on her lips. Hadn’t there? Yes. In that pause, she’d almost said it: something mad and terrifying. Although maybe she couldn’t say. Maybe to say meant stepping off a ledge into…”

Moving between past and present quite frequently, Matt meets Christina when he is 11 and she is 12. We follow them over the course of their adolescence as their connection grows and attraction develops. Both Matt and Christina’s families are unhealthy and dysfunctional, but in rather different ways. These two kids coming together forces these two families to intersect which sets into motion a string of avoidable events leading to Matt’s breakdown and admission into the mental health facility.

Tom Pitts builds tension and pacing throughout the book, but it’s most notable in the final chapters as the truth about Christina and Matt’s relationship is revealed. Their love is a destructive one, and so we can feel the tension build between them as we move closer and closer to the reveal. Stylistically, there’s a quicker nature to the writing. Shorter chapters, more abrupt observations and descriptions. We’re suddenly moving through at a much faster pace to build and maintain momentum.

“In the days after, I began to view things differently, my memories becoming distorted. I would think of Alek at the dining table with his shiny head, only to suddenly recall that his eyebrows had been skin too – that he’d sat upright in hospital only because he was too weak to stand…”

Electric and Mad and Brave sensitively portrays mental health and trauma, and the process of confronting traumatic events from one’s past.

The book moves between past and present so frequently, sometimes in the middle of a chapter, and I’ll admit I sometimes struggled to follow the flow of events. It was often hard to immediately determine what was past vs. present, what was a memory and what wasn’t. I often found myself having to flick back and re-read certain sections.

“Now I was in the back seat, having still not replied, and my hands were sweating. I looked outside and the landscape was enchanting and warped. Somehow this morning dusk was causing the landmarks to become strange imitations of themselves.”