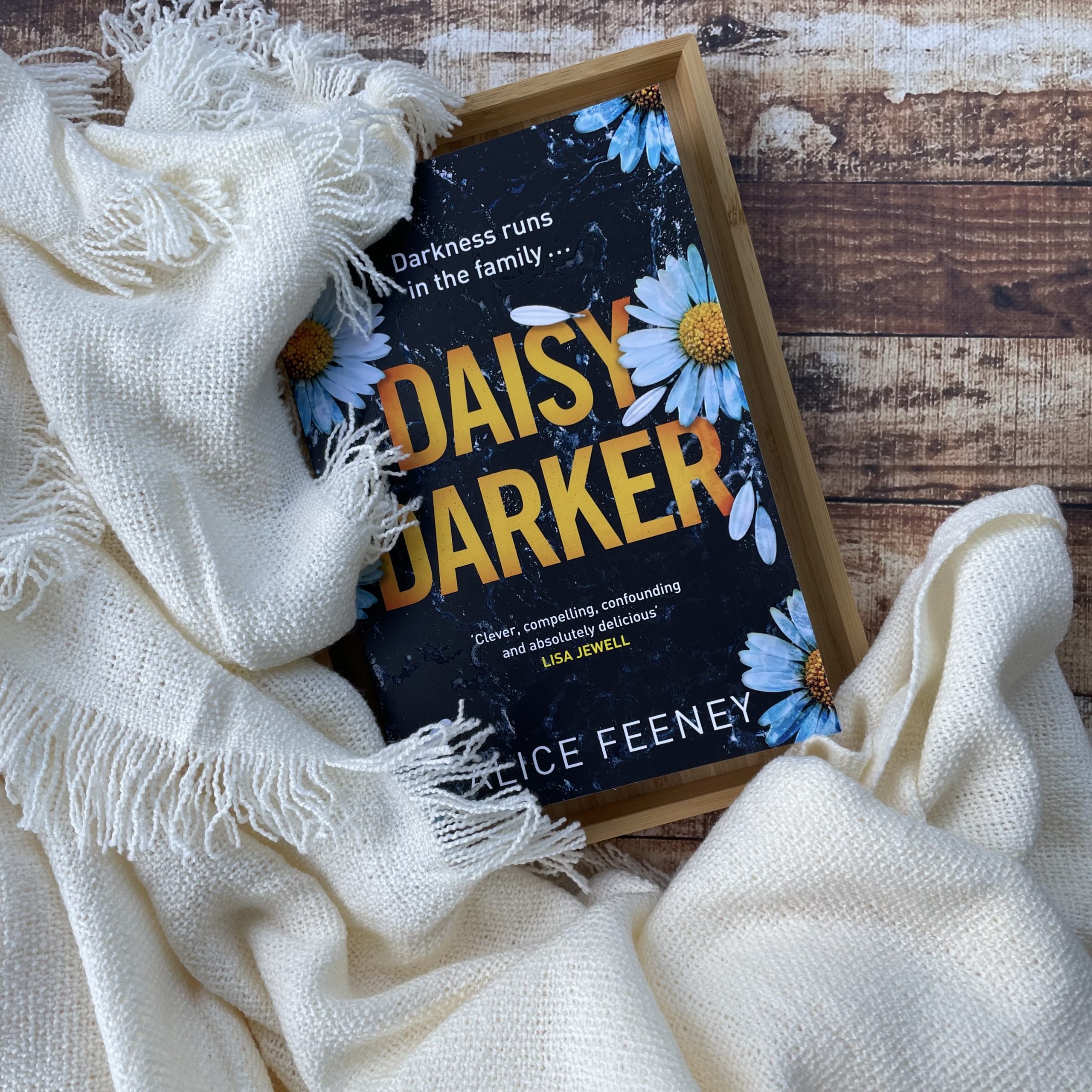 Daisy Darker’s family were as dark as dark can be, when one of them died all of them lied and pretended not to see . . .

Daisy Darker is arriving at her grandmother’s house for her eightieth birthday. It is Halloween, and Seaglass – the crumbling Cornish house perched upon its own tiny private island – is at one with the granite rocks it sits on.

The Darker family haven’t all been in the same place for over a decade, and when the tide comes in they’ll be cut off from the rest of the world for eight hours. When the tide goes back out, nothing will ever be the same again, because one of them is a killer . . .

In Alice Feeney’s psychological thriller Daisy Darker, a fractured family congregate on a secluded and isolated island to celebrate their grandmother’s 80th birthday. But with no way to escape the island and no way to communicate with the outside world, it’s the perfect conditions for a killer to strike.

One by one, members of the Darker family are murdered in incredibly personal and specific ways. With nine hours to go until low tide and the possibility of escape, who will still be alive come morning?

“She looks over her shoulder, then creeps nearer to the crib. We all seem to lean closer to the TV, as little Rose leans down over the baby, before checking over her shoulder one last time. We hang off her every word as she sings a sweet-sounding lullaby.”

Alice has set up the classic elements of an engaging psychological thriller – a secluded setting with no way to communicate with external parties, a series of murders, and a group of characters known to each other and all harbouring horrific secrets. It’s the perfect concoction for a page-turning mystery.

Whilst at times I found the dialogue to be unrealistic and over-the-top, and pretty much all of the characters to be wildly unlikeable, the strengths of the story lie in its twists and mysteries. There seems to be very little emotions in how Daisy Darker reacts to her family members’ murders, but she functions more as a narrator from afar, allowing us the chance to understand all members of the party so we can make our own opinions on who might be the killer.

Admittedly, I wish the characters possessed more agency to uncover the killer. They seem a bit slow to catch on in the beginning, happy to watch videos and wait for things to happen rather than harnessing some agency and driving the story forward themselves.

“He leaves the lounge and none of us know what to say. My father has always held his feelings hostage. His inability – or unwillingness – to express himself seemed to make my mother voice her own feelings on any subject twice as loud and twice as often.”

The ending makes up for any flaws the precede it. Because truthfully, the suspense and tension in the lead-up to the twist were starting to wane. Flashbacks break the pacing and lull the flow of the book. For a long time, I couldn’t make sense of the wacky storyline, odd murders and the seemingly non-existent motive. I was struggling to tell some of the characters apart, found the flashback videos to be a bit redundant and the poetry a little pointless.

But that twist is a redeeming element to the story and was an actual gasp-aloud moment for me as the reader. Suddenly, a motive is clear and so are Alice’s stylistic devices and plotting choices.

“My father is the first to arrive. Being punctual is his only way of saying I love you. For as long as I can remember he has expressed emotions through timekeeping, unable to demonstrate affection in the ways most other fathers do.”

Utterly compelling with a cracker of an ending, Daisy Darker is recommended for fans of psychological thrillers and murder mysteries. Readership skews 20+