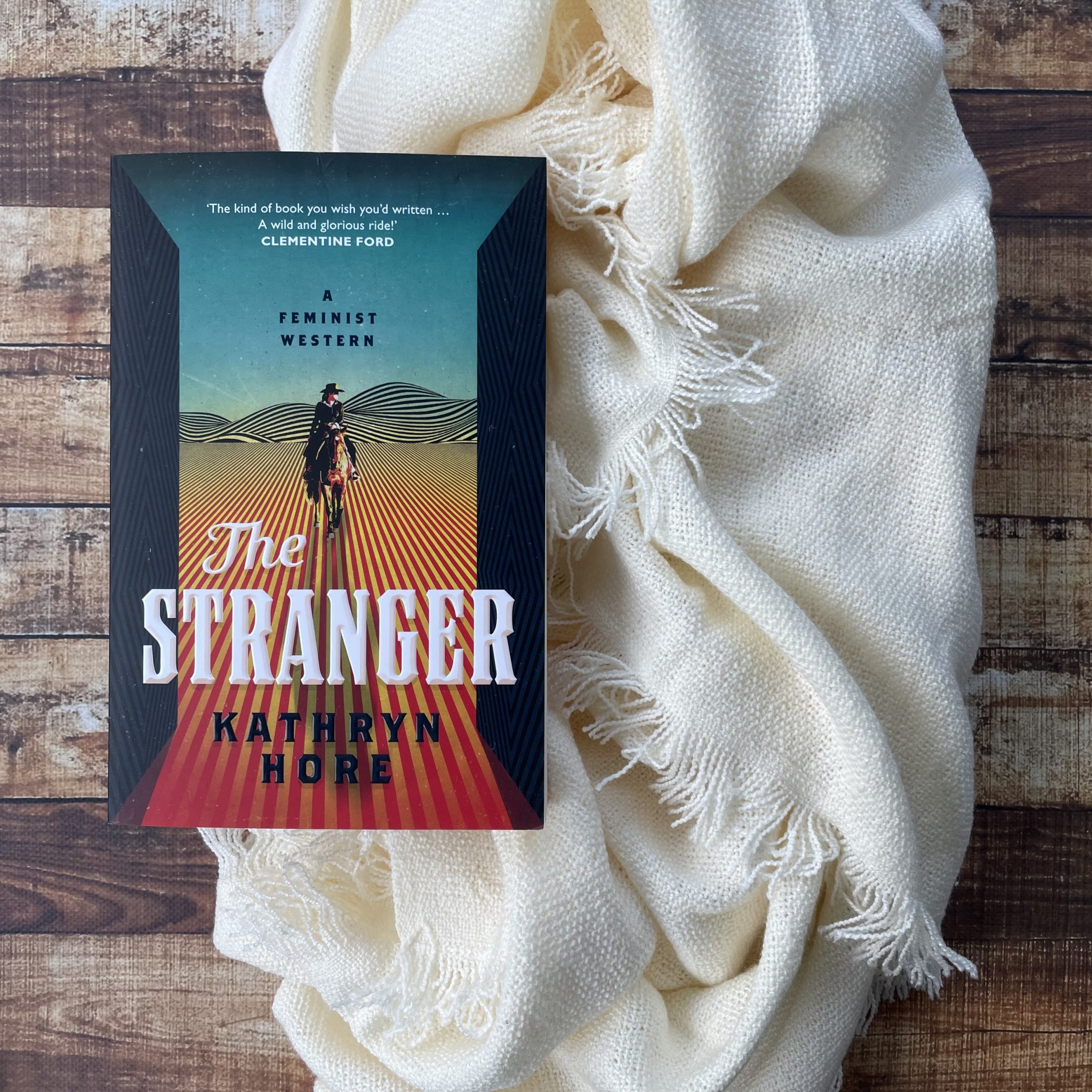 In Darkwater, being female doesn’t amount to much. But Chelsea’s luckier than most. She’s the young lover of the town’s feared leader, which she keeps telling herself is a good thing, what with food getting scarce and the wells drying up. She’s secure and safe and can almost believe she’s happy.

But when a stranger rides into town, gun on one hip, whip on the other, Chelsea can’t look away. Especially when it turns out this stranger is a woman.

Nobody can say what the stranger is there for. But she brings talk of an outside perhaps no longer so chaotic, no longer something to hide away from – and she knows far too much about dark choices made in the town when the world outside was falling apart.

As the rumours fly about Darkwater’s bloodied past and the murder of a woman twenty years earlier, Chelsea finds herself being drawn into someone else’s terrifying quest for justice. Or is it merely deadly revenge?

In a place ruled by fear, Chelsea’s going to have to decide whose side she’s really on, and how far she’s prepared to go to uncover the town’s dirty secrets before more blood soaks the ground of Darkwater – this time, perhaps her own.

Kathryn Hore’s The Stranger is a dystopian feminist Western story, set in the secluded and caged Darkwater community and centring around the arrival of a mysterious but defiant female who enters the town.

Whilst we never learn the country or time period, we don’t necessarily need to. There’s something in the unknown that allows us to stay focused on this incredibly secluded and claustrophobic community.

Our protagonist, 16-year-old Chelsea, grows curious when a woman enters into her town with mysterious intentions. Since the death of her mother and the expulsion of her father, Chelsea’s world has largely been confined by Granger and so we witness as she grows more determined and independent.

“The entire table shifted uneasily. Glances were exchanged, the men confused and frowning. It was akin to asking why a new well should be dug when the old one went bad. There were just some things necessary for survival and surely that was obvious.”

There’s a strong dystopian element to the book, as we learn Darkwater is fenced in because of a raging virus that plagues the world outside. Anyone who leaves Darkwater faces certain death, and so the inhabitants feel both gracious to be in Darkwater and resentful that they must rely on this place.

Kathryn’s exploration of gender is multi-layered. Women are treated as sub-par to men – they’re used and abused, ignored and gaslit. As men group together to lead the town, women are divided, until this stranger arrives and opportunity presents itself for the women to band together and overthrow their oppressors.

“Five months later I was in his bed, his home and under his protection. For what else could I have done? They’d taken everything else from me. I might be young and I might be a girl, but I’m not stupid. I know how to survive. Whatever that takes.”

As we near the end of the novel, and the stranger’s true intentions are divulged, it does at times feel a tad too didactic in its messaging. The stranger explains her actions and her motivations a little too clearly, and so the reader feels spoon-fed.

I think there was room to leave a bit of this dialogue out of the book to give the reader a chance to join the dots themselves.

“Only this stranger needed no protection from anybody. She stood stiff in the middle of the men now staggering to find their feet. Bloodied lip and hair stuck to her forehead with sweat, breath coming in controlled exhales.”