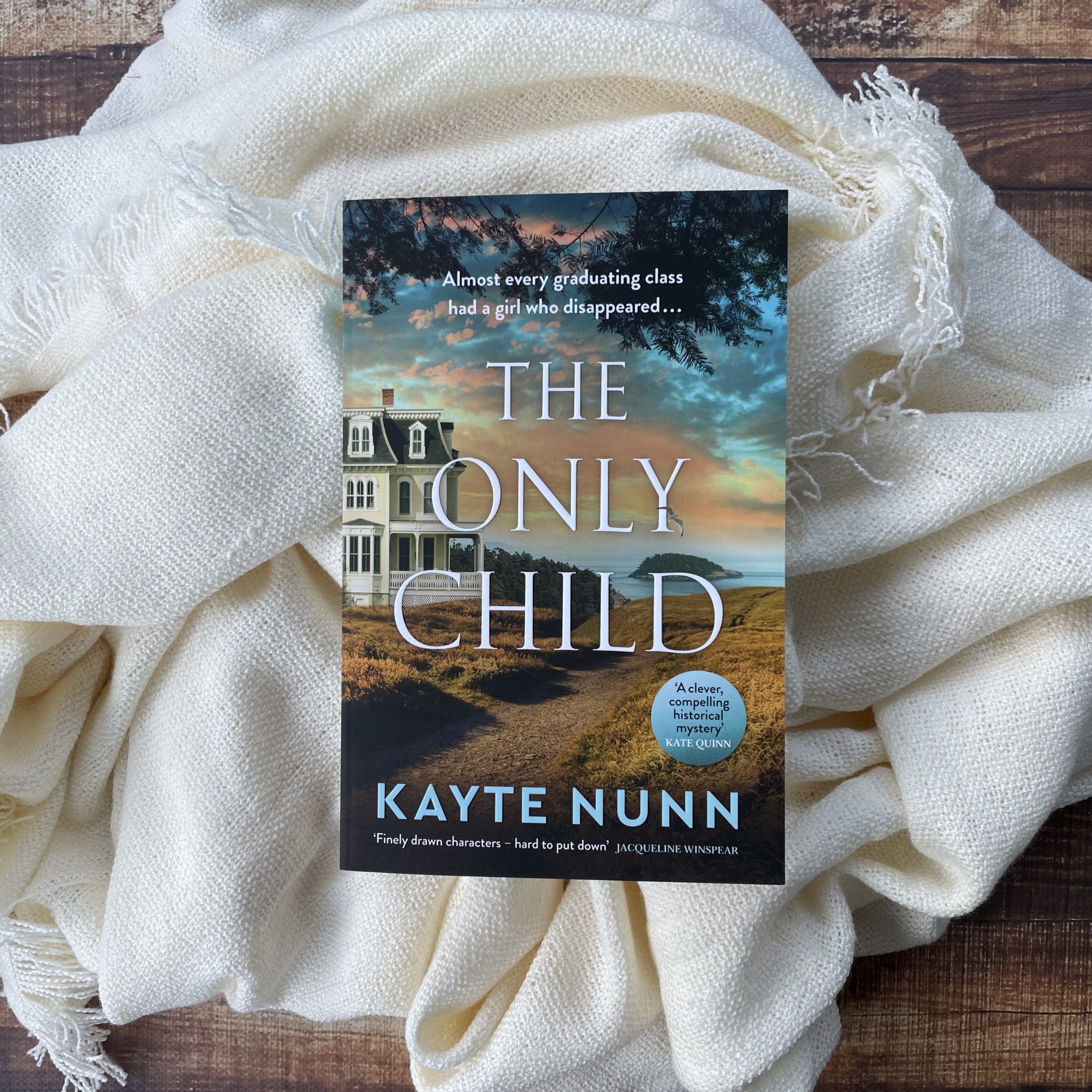 Almost every graduating class had a girl who disappeared. A decades-old crime threatens to tear apart three generations of women in this unputdownable mystery that will keep you gripped until its last heart-wrenching page.

1949 It is the coldest winter Orcades Island has ever known, when a pregnant sixteen-year-old arrives at Fairmile, a home for ‘fallen women’ run by the Catholic Church. She and her baby will disappear before the snow melts.

2013 Frankie Gray has come to the island for the summer, hoping to reconnect with her teenage daughter, Izzy, before starting a job as deputy sheriff. They are staying with her mother, Diana, at The Fairmile Inn, but when an elderly nun is found dead, and then a tiny skeleton is discovered nearby, Frankie is desperate for answers.

Kayte Nunn’s historical novel The Only Child follows dual timeline between 1949 and 2013, and centres around a secluded and strict home for unwed, pregnant women in the mid 20th century.

In 1940s United States, unwed pregnant young women were sent away by their families out of shame – once they’d given birth, and pressured to give up their babies, they could return home. The Only Child is very much drawn from real life events, and it’s clear how much research and authenticity has made its way into the book.

In this early storyline we meet one such teenager, star pupil and promising student and now devastated to find herself in the predicament she was in. And in 2013, mystery surrounds an aged care home in the same area – a murder that may be connected to the unwed mother’s home. Police officer Frankie Gray finds herself deep in the investigation as she works to connect this murder with a skeleton found nearby, as well as with her elderly mother who seems to be harbouring secrets.

“Frankie rankled at being ordered around by her mother as though she was a teenager herself, but she let it slide. Besides, it wasn’t such a terrible idea, and it would mean that Izzy was at least able to explore on her own without having to rely on one of them to ferry her around all the time.”

Unlike previous Kayte Nunn novels, The Only Child is more of a steer towards crime/mystery, with decades-old secrets only coming to the surface in 2013. Personally, I really liked this element of her writing and found it kept the story engaging and moving forward at a reasonable pace.

Alongside this, Kayte’s book incorporates strong vivid setting and characterisation. Written in third person, each protagonist and storyline is crafted with clarity. She captures emotion and intimacy with ease, and dialogue is natural and realistic.

“As they got out of the car, she saw two girls sweeping the front porch. Both were obviously pregnant, their bellies stretching the dull fabric of their dresses. The girl didn’t know why but the mere sight of them, in a similar predicament to her, eased the knot in her stomach.”

With a 1949 setting, Kayte establishes the time period well. We experience the public scrutiny, scorn and shame that comes with an unplanned pregnancy. How it changes families, and forces young women to be shipped off with no say in the matter. Women who may want their babies are encouraged to give them up for adoption, and the medical facilities available at the home are sub-par and so mother and baby are put at risk – particularly in The Only Child, as the 1949 Winter is the coldest it’s ever been. The home isn’t necessarily equipped to handle the cold weather.

“The girl hadn’t brought much with her – a couple of changers of clothes, skirts that her mother had let out as far as the waistbands would allow, and an old sweater of her father’s that would stretch over her stomach as she grew bigger – and so she quickly arranged them, closing the suitcase and sliding it under the bed.”