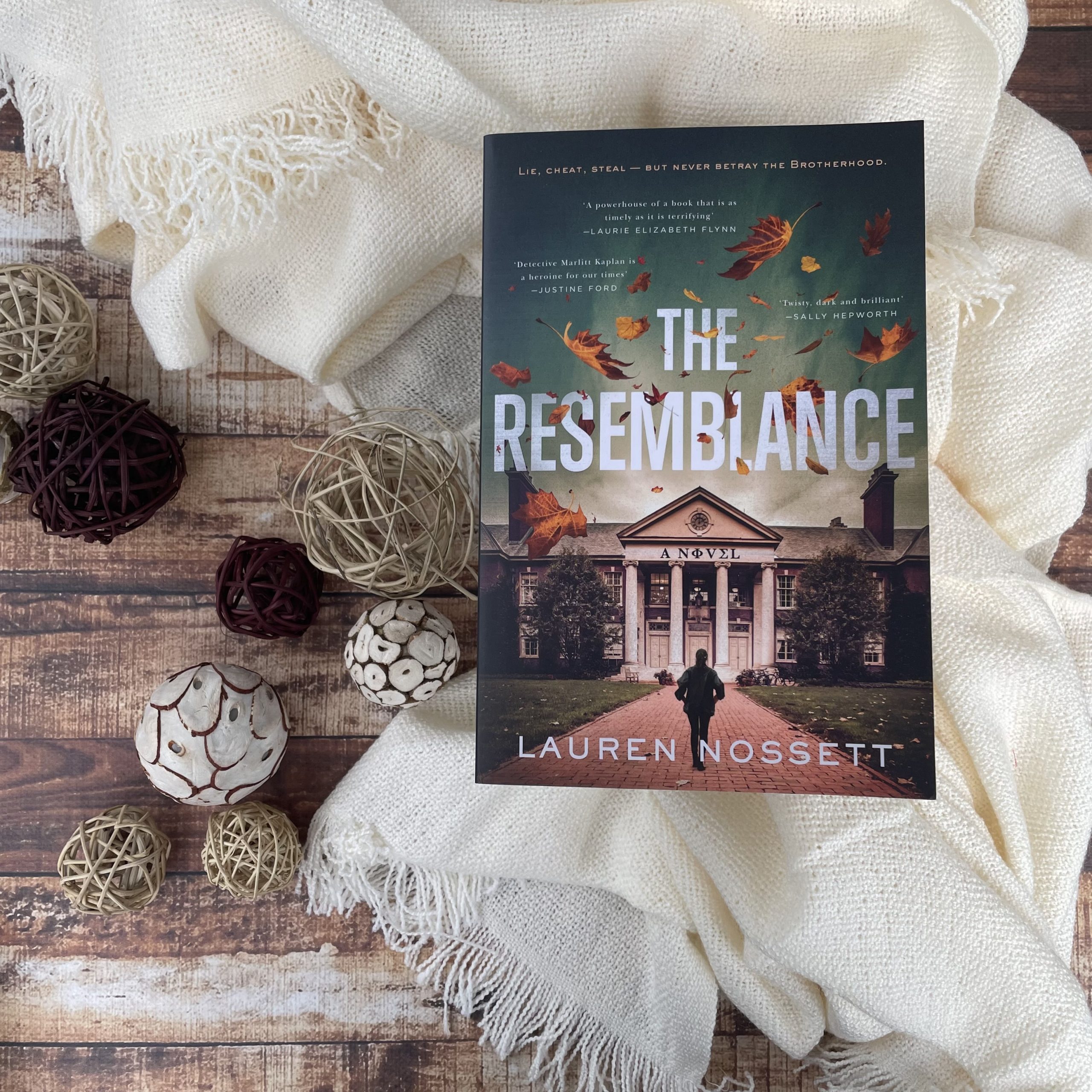 On a November morning at the University of Georgia, a fraternity brother steps into a busy crosswalk and is struck dead by an oncoming car. More than a dozen witnesses all agree on two things: the driver looked identical to the victim, and he was smiling.

Detective Marlitt Kaplan is first on the scene. A local and the daughter of a professor at the university, she knows all its shameful history. But in the course of investigating this hit-and-run, she will uncover more chilling secrets in the sprawling, interconnected system of fraternities and sororities that empower the university’s most elite students.

The lines between Marlitt’s police work and her own past begin to blur as she seeks to bring to justice an institution that took something precious from her many years ago. When threats against her escalate, Marlitt must question whether the corruption in her home town has run off campus and into the police force, and how far these brotherhoods will go to protect their own.

Lauren Nossett’s psychological thriller The Resemblance is a police procedural investigating the hit-and-run of a promising, apparently well-loved college student at the University of Georgia.

Detective Marlitt Kaplan happens to be at the University of Georgia when a male student is hit and killed, and so she feels driven to see the case to the end. What is initially a hit-and-run on campus soon turns into an investigation into hazing, alcohol abuse, sexual assault, and university cover-ups.

“We’re both silent for a while, and I wonder if Teddy – who grew up surrounded by sisters who adored him and a mom who insisted on nightly family dinners – could ever understand what it means to lose a friend like that.”

Nossett brings an intriguing premise to the novel, exploring why the driver of the car looked identical to the victim. Whilst this is not a dystopian or paranormal read, and therefore an identical driver is not possible, it does drive intrigue among readers and invites interest from fans of crime and thrillers.

Strengths lie in the pacing and plotting, and how easily Lauren can keep us guessing. The night where Marlitt discovers the basement in the fraternity house is a particularly pivotal moment in the story, and with the stakes being so high, we can’t help but become invested in the mystery.

“Oliver gives me a look I can’t read. He’s heard me sprout my opinions about fraternities and Greek life at large. If it were up to me, the university would do away with the whole thing. They’re cesspools of underage drinking and sexual assault.”

There were some missed elements to the story – some underdevelopments that could’ve enriched the novel. The protagonist’s relationship with her parents seemed a bit surface-level, and we don’t gain further insight in their relationship until the end of the book. Marlitt’s interactions with her police colleagues felt a bit lost in the story, to the point where I kept confusing her colleagues with some of the suspects. There is also a house fire that threatens Marlitt’s life and this thread in the story felt like an add-on. The person who did it wasn’t a major player in the story, and they seemed to disappear in the book just as quickly as they appeared. Was this meant to act as a red herring?

The protagonist’s hatred of college fraternities felt a bit too dominant across the storyline. Her personal vendetta against them, whilst admirable and from a place of good intentions, felt preachy and like didacticism.

Despite this, the twists and turns in the book, the surprises, were enough to keep me engaged throughout. I devoured the book in one day and I think a lot of other readers will find themselves enthralled as well. The fraternity life isn’t something we experience here in Australia so it’s always interesting to bring a lens to another element of society.

“We all have our own ways of approaching a case – I try to picture every detail I can about the victim’s life so I can build a world with him in it and look for inconsistencies. Teddy asks as many questions as possible – finding out information but also gauging reactions and hesitations, looking for the lies and omissions.”

Recommended for readers of crime and thriller. Readership skews 25+