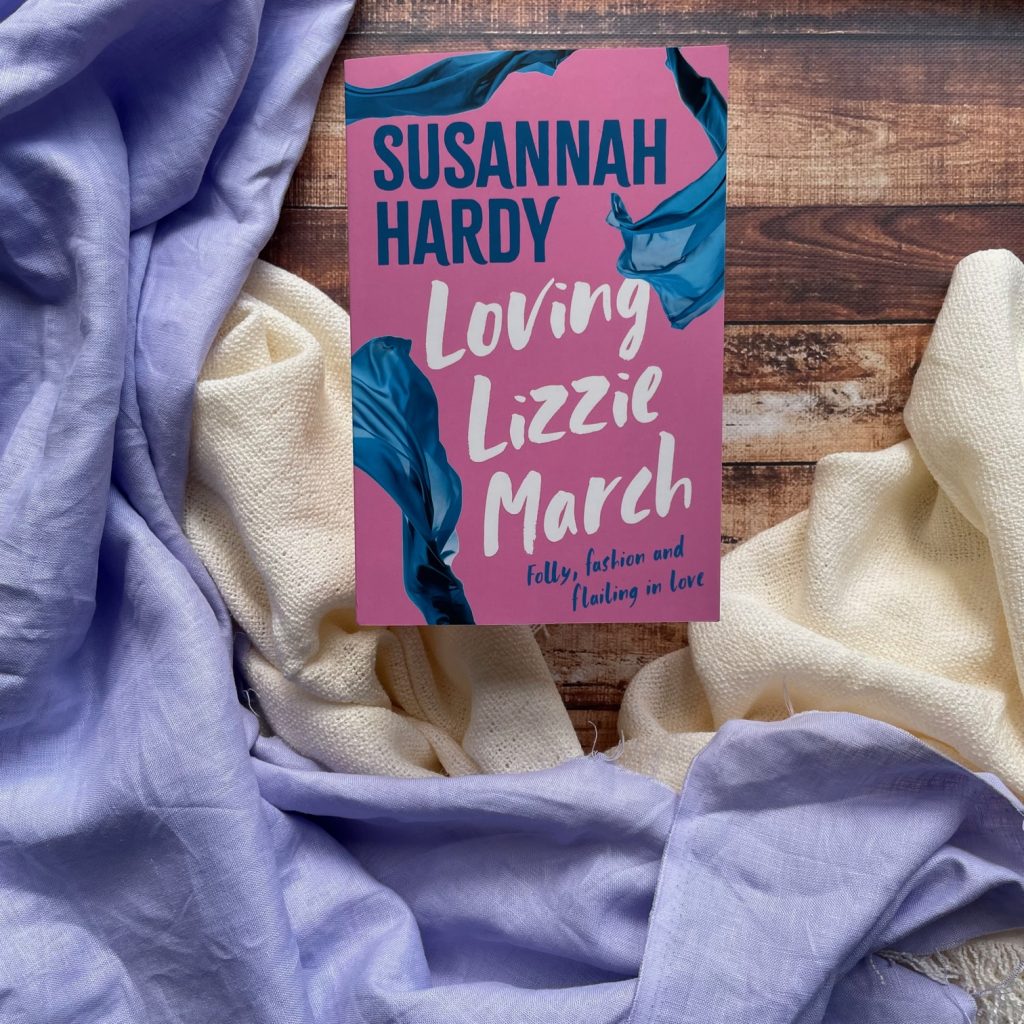 Life is not going to plan for failed fashion designer Lizzie March, and then she finds herself pregnant to super-hot bad boy Jake Wheeler.

Convinced that he’s The One, now all she has to do is make him realise that she is The One for him!

But is it possible she’s been looking for love in all the wrong places? Maybe everything she has ever wanted is right under her very own stilettos.

Susannah Hardy’s debut novel Loving Lizzie March is a romantic comedy about life, love and friendship in your 30s. Lizzie’s relationship history is a bit of a trainwreck and her fashion career is on hold. Actually, it seems like her friendship with best friend Clem is the only stable element of her life, but even that’s starting to blow up. Lizzie’s life isn’t heading where she thought it would, and she needs to learn to take control.

Most of the humour in the novel is situational comedy, rather than humour in dialogue. We meet Lizzie as she’s stalking her colleague and former one-night-stand, climbing on top of his bin trying to find out he’s home or not. That opening alone sets the tone for the rest of the novel, and gives us a clear picture of who Lizzie really is.

I would’ve loved a bit more humour in her workplace, if there was capacity. She sells wine over the phone, which is kind of quirky. Her job at the call centre is used as a setting rather than a plot device, so we don’t really get much of a sense of her actual work at the call centre and that could’ve been an opportunity for even more humour in the novel. But I did like how Susannah set up the tension between Lizzie and Jake at work, as well as the other colleagues who weave in and out of the story.

“Most conversations with my mother centre around the same subject: Mr Right. And how and when I’m going to meet him. As far as she’s concerned, being thirty and single is a tragedy. She simply cannot understand why I haven’t been snapped up.”

Pacing is a strength in this novel, and I think that’s an important factor in women’s fiction — especially romantic comedies. We need to move through the story at heightened speed, and it needs to feel like a lot is happening. The protagonist’s life needs to feel chaotic in order to trigger self-reflection, and eventually, self-improvement. Being written in first person allows Lizzie to reflect on her life choices and acknowledge her mistakes. It also allows for an authentic voice to come through, and it aligns with the genre really well.

The nappy bag idea is cute, and the relationship between Lizzie and Clem is one of the strongest components of the plot. The majority of people who read this novel will be women and they’ll be able to relate to Lizzie and Clem’s friendship. It’s long-lasting and it’s secure, but there are also expectations that need to be met. Lizzie tends to railroad conversations and doesn’t really think about what Clem is going through, and Susannah has set up quite a complex dynamic between the two women that reflects everyday life. Their personalities certainly allow for interesting interactions — Clem is the sensible, emotionally secure, level-headed lawyer and Lizzie is…Lizzie.

“I’m thrilled with my idea. I’ve never had any sort of plan before so I’m already one step ahead. Now, all I have to do is be mysterious and aloof — occasionally resist the advances of a devastatingly handsome man to whom I’m pregnant, as well as incredibly attracted and desperate to marry. Piece of cake.”

There is a level of absurdity to the storyline, and things do feel like they wrap up a little too neatly. Whilst Lizzie does grow on the reader over time, she is quite unlikable in the beginning — and dare I say, certifiably bonkers. The segue into the drugs arrest was a bit bizarre, and shoe-horning the storyline about Cherie into the novel felt a bit unnatural. Sometimes the dialogue felt a bit inauthentic, like I couldn’t see the conversation playing out in real life.

But the intended audience for this kind of book won’t care about any of that. They’ll be glad to delve into an easy, light read. Something you could imagine reading on a plane, if we can ever go anywhere again. On a beach somewhere, far away. Loving Lizzie March will take your mind off all that’s going on in the world right now.

“After inheriting my nana’s sewing machine, I chose textiles as my elective and I loved it. My teacher, Miss Wilton, was fantastic. She was young, hip and inspiring, and encouraged me to really push myself and my creativity in all sorts of wacky directions.” 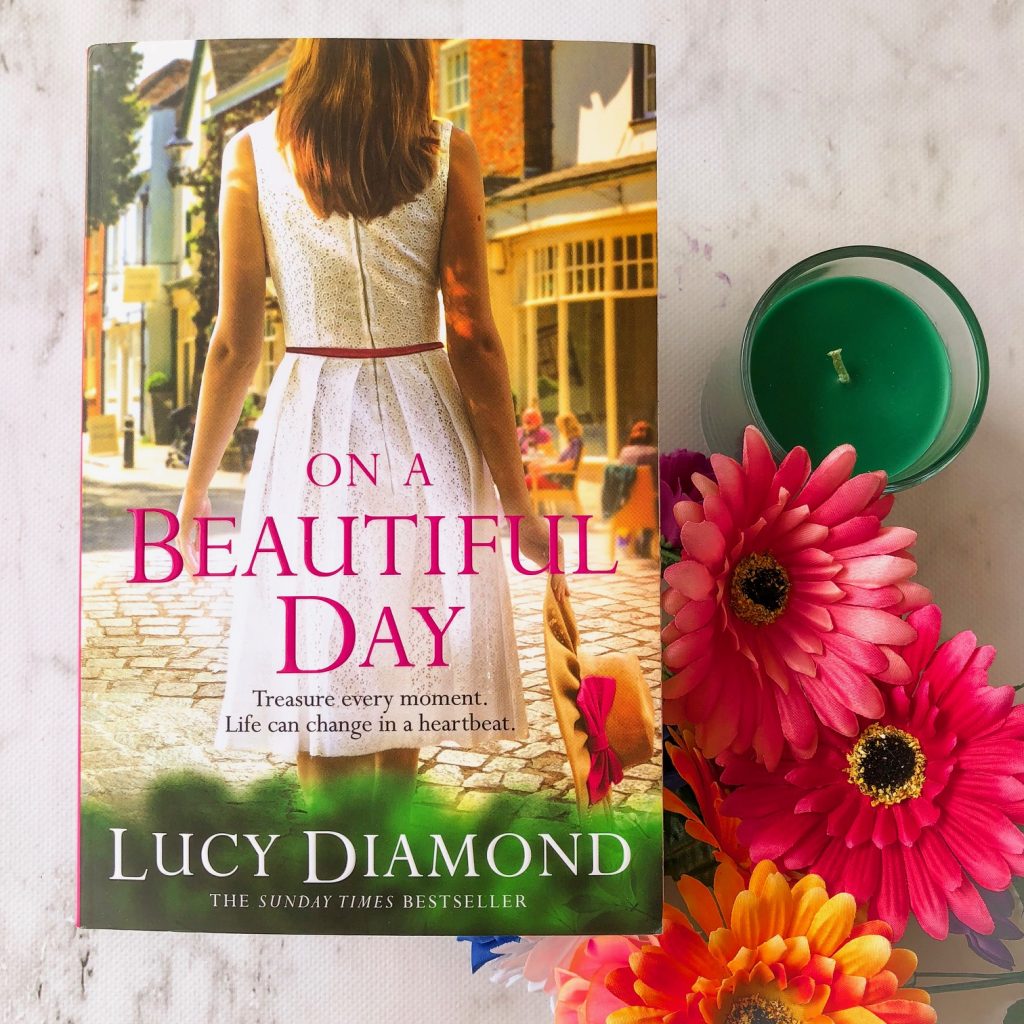