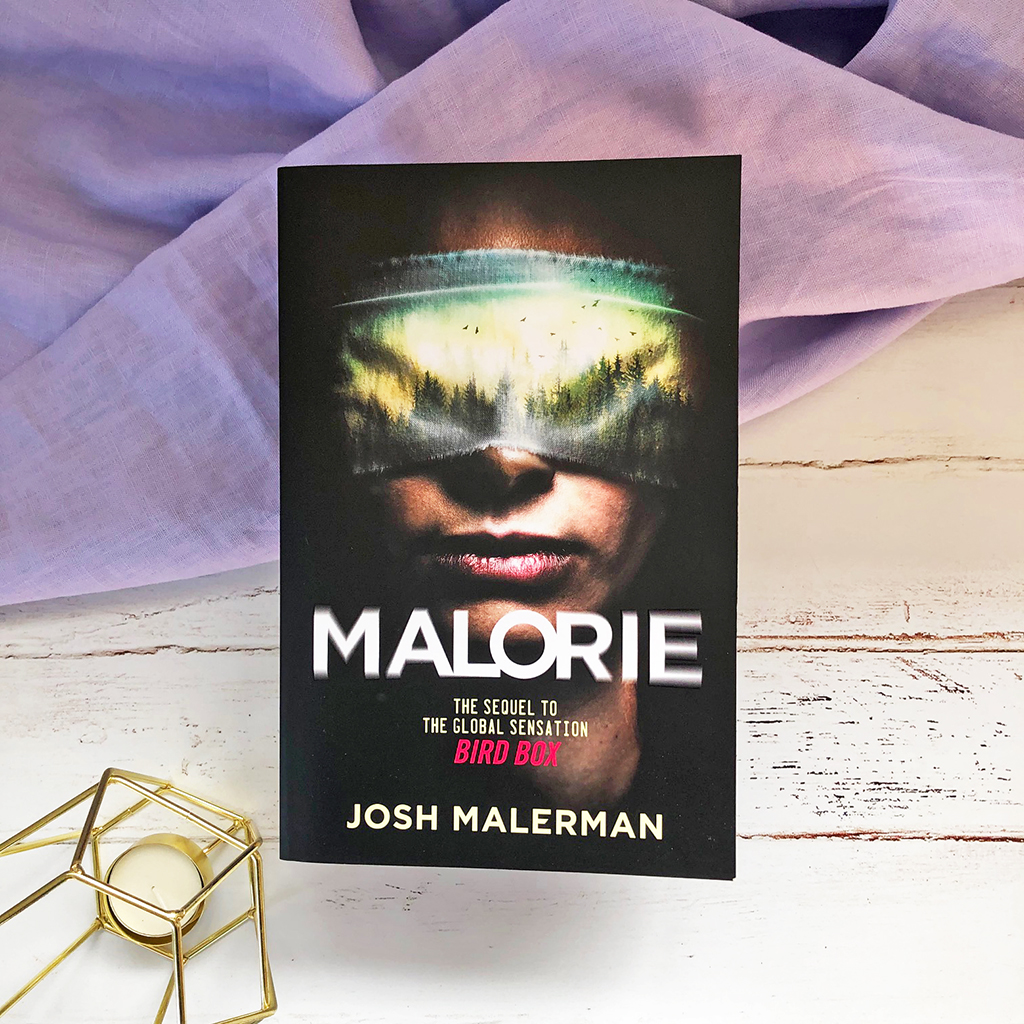 In the old world there were many rules. In the new world there is only one: don’t open your eyes.

In the seventeen years since the ‘creatures’ appeared, many people have broken that rule. Many have looked. Many have lost their minds, their lives, their loved ones.

In that time, Malorie has raised her two children – Olympia and Tom – on the run or in hiding. Now nearly teenagers, survival is no longer enough. They want freedom.

When a census-taker stops by their refuge, he is not welcome. But he leaves a list of names – of survivors building a future beyond the darkness – and on that list are two names Malorie knows.

Two names for whom she’ll break every rule, and take her children across the wilderness, in the hope of becoming a family again…

In this follow up, Malorie is even more cautious and paranoid than when we last saw her. She’s had seventeen years to perfect her methods of survival. She’s got two teenage children now and even though they’re old enough to look after themselves, they’re teenagers and they don’t always obey the rules. They don’t remember the world before the creatures — sometimes they’re too trusting, and they don’t always understand why they can’t look outside at the real world.

Malorie needs to learn to trust her children. She needs to learn to loosen the reigns a little. She’s hyper-cautious and strict, and she doesn’t trust easily, and whilst it’s easy to understand her characterisation, her son Tom in particular grows quite resentful of her smothering nature over the course of the novel.

“Malorie thinks of Gary. It makes sense. A man arrives at the camp. He knocks. He speaks from the other side of the door. All good intentions, of course. Until you let him in, of course. Then he makes friends with the others, ingratiates himself to the point where your own kids turn on you, and presto, you’ve welcomed an old-world mad-man into your life.”

It’s fascinating reading this whilst living through a pandemic. You can suddenly relate to the characters’ fear of the unknown, the scepticism, the uncertainty and the doubt. The blindfolds feel strangely close to masks, and remembering myself watching the film — pre COVID-19 — with no idea of what was to come to the world, is a strange thought.

Malorie is a bit of a balancing act — road trip, survival story, family drama, teenage angst. There are so many different elements to the story and Josh does a really fantastic job of juggling them all and maintaining interest from the reader. There are lots of twists and turns, plot points I didn’t see coming. Although admittedly, there are some moments where Tom goes from being an understandably rebellious teenager, to being just that little bit too annoying and unlikable.

“Tom is stricken by how alive Malorie looks. Her eyes appear bright memories, realisations, decisions. The bag beside her is full. She wears a hoodie and long pants, gloves and boots. In one hand is the blindfold she just removed.”

Whilst you can read Malorie without having read or watched Birdbox, I’d advise you familiarise yourself with its predecessor. It would make for a richer and more enjoyable experience when reading Malorie. There are frequent mentions to events from the previous book, particularly surrounding the character Gary, and I do think readers who are unfamiliar with Birdbox will get confused easily.

“She thinks of Camp Yadin and how safe they were. She can almost feel the texture of the rope in her gloved hands, rope connecting each building, one of which housed canned goods, another with a garden beside it. She sees herself, waking there, walking there, living there, safe. She hears herself asking the teens what might be outside.”

Whilst the ending of the book is satisfactory and satisfying, I felt like the pacing was inconsistent. The book moves at a slow but tense pace, drawing the reader in and keeping them engaged throughout. But the ending is incredibly fast and rushed. I almost couldn’t believe Malerman was going to wrap up the story in such a short amount of pages, and yet, he did. I wish some more time had been spent on the ending.

Highly recommended, although do read or watch Birdbox first.