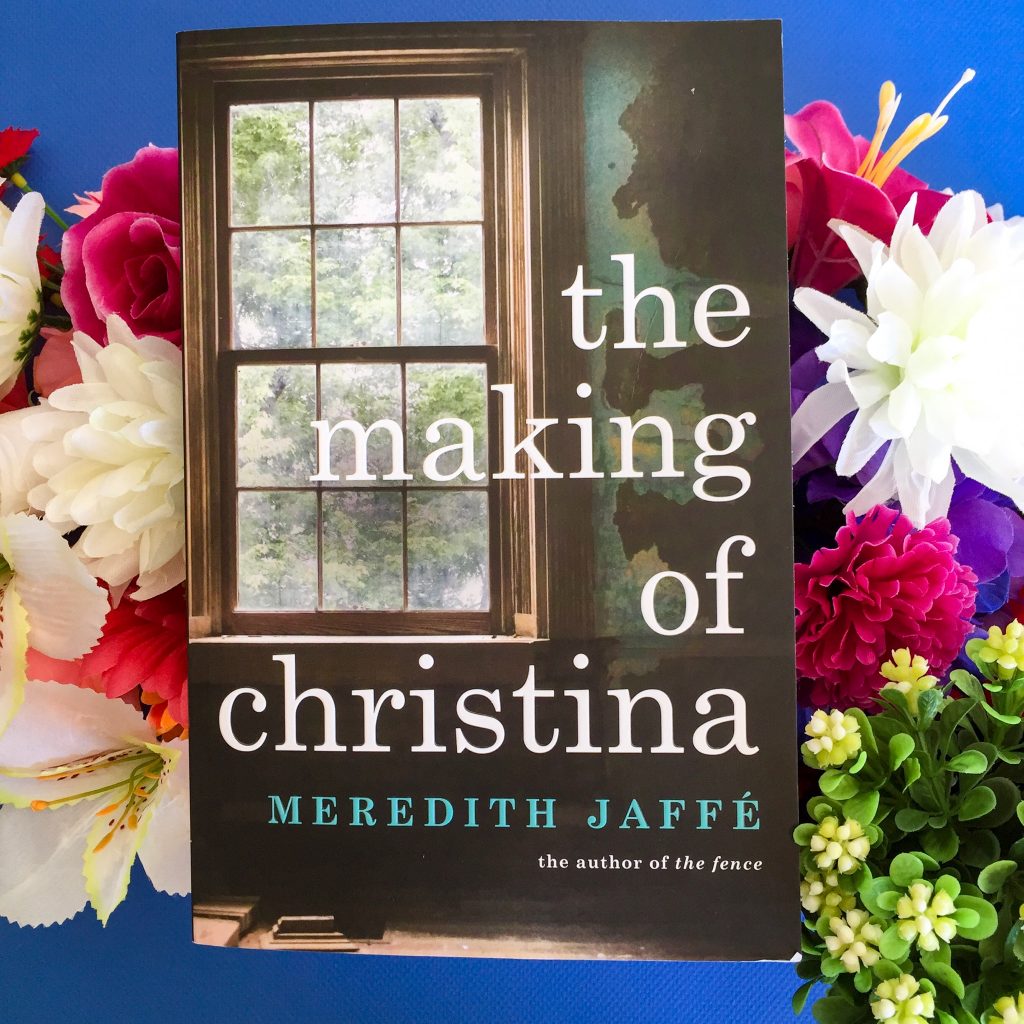 Interior designer Christina Clemente is caught off guard by an intense affair with her charismatic client. Jackson Plummer quickly becomes the cure to Christina’s loneliness and a surrogate father to her young daughter Bianca.

When Jackson suggests moving to a run-down farm in the mountains, Christina is uncertain about uprooting their lives in the city. She soon forgets her hesitation, absorbing herself in restoring the rambling century-old house, Bartholomews Run, and becoming obsessed with solving its mysterious history.

But while living on the isolated farm, her once effervescent child transforms into a quiet sullen teenager and Christina increasingly struggles to connect with her. Because Bianca has a secret. And the monstrous truth threatens to destroy them all.

The Making of Christina is an emotionally charged exploration of family abuse. Told from a mother’s perspective, this novel switches between past and present and centres around the relationship between Christina and Jackson Plummer.

The first chapter of the book positions Jackson Plummer as an untrustworthy character. It is one month before Christmas, and we meet our protagonist Christina. She is visited by a woman named Sarah Plummer, who reveals she is dying. She’s come to talk to Christina following Jackson’s trial and how Christina should learn to forgive herself for what happened to Bianca. Sarah is Jackson’s ex-wife, who Jackson cheated on when he first met Christina. We later learn that Christina and Jackson were engaging in an affair for years before he left Sarah and their three children.

‘My children have taken this thing with their father very badly. Ashleigh’s out of control,’ Sarah begins.
‘Simon, well he’s cut from the same cloth as his father.’
Christina glares over the paddocks.
‘Oh I didn’t mean like that.’ Sarah’s hands flutter. ‘I meant hard, uncompromising, well, you know.’ Her smile is grim.

We soon start to piece the pictures together. Particularly when Sarah talks about how Jackson did the same thing to her son Josh:

Sarah continues, ‘Anyway, the point is, I assumed it had to be Ash because she was always daddy’s little girl. Because she was highly strung and unpredictable. She fitted the stereotype…all the time it was Josh….I didn’t realise until after the trial when he tried to hang himself.’

This is not a spoiler, and in fact we find all of this out within the first 6 pages of the book. It’s very clever of Meredith Jaffe. It means there’s no shocking twist or cliff-hanger later in the book. In fact, it’s one of those plots where we know more than what the protagonist does and we can see things from a different perspective.

The Making of Christina navigates between past and present. In the present, Jackson has been sentenced to prison for what he did to Bianca, and Christina is trying to move on with her life and rebuild her relationship with her daughter. Christmas is fast approaching and Christina is hoping Bianca will honour her promise to come home for the holidays.

In the past, we find out all about the relationship between Christina and Jackson Plummer. We go right back to the beginning when Christina first meets Jackson. Christina has a young daughter – Bianca – and has split from Bianca’s father. Jackson seems charming and a perfect gentleman. The two begin a heated affair, and in total are together for 13 years. But as the years pass by, we learn that things aren’t always what they seem. As Bianca hits her teenage years, they move to a rural property called Bartholomews Run. There, the family are isolated and Bianca’s life seems to deteriorate. She’s withdrawn and she’s not sleeping. Christina tries to understand what is wrong, but she can’t seem to see the signs.

“Thoughts jostled inside her head. Was it just her? Every time she tried to interact with her daughter, Bianca ran like a scalded cat. Christina had no basis of comparison, no way of knowing if this was a normal relationship to have with a teenage girl or whether she was a terrible mother.”

It is a little frustrating that Christina seems too distracted or too trusting and completely misses what I believe are major clues to what’s going on between Jackson and Bianca. But I guess that’s the point, isn’t it? This happens all the time in real life and yet family members have absolutely no idea. This book is an exploration of family abuse, but also family relations and blind love.

Meredith Jaffe is a really talented writer. The characters are constructed so well that you feel like you know everything about them, and the plot is well-paced and suspenseful. I really loved reading this book, and I thought the author has written something really marvellous.