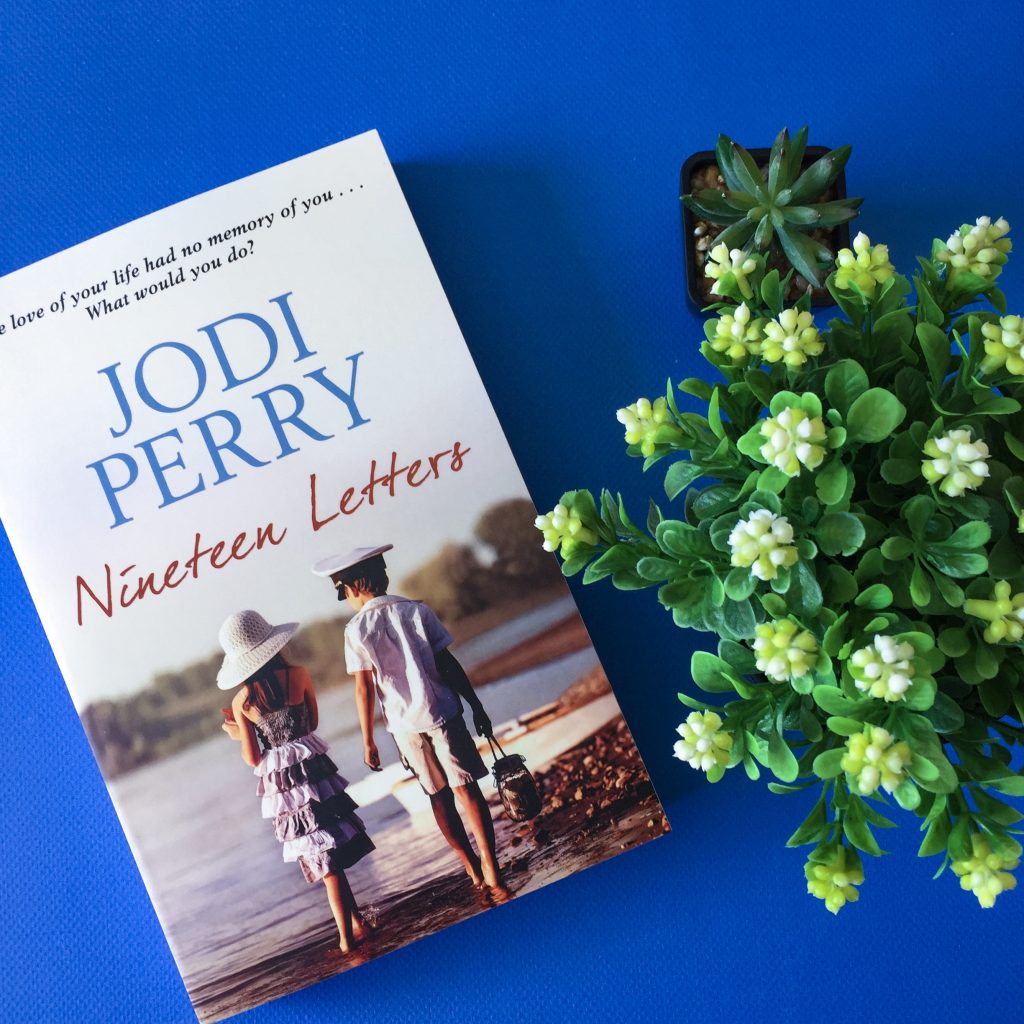 Nineteen. There’s something about that number; it not only brought us together, bonding us forever, it also played a hand in tearing us apart.

The nineteenth of January 1996. I’ll never forget it. It was the day we met. I was seven and she was six. It was the day she moved in next door, and the day I developed my first crush on a girl.

Exactly nineteen years later, all my dreams came true when she became my wife. She was the love of my life. My soul mate. My everything. The reason I looked forward to waking up every morning.

Then tragedy struck. Nineteen days after we married, she was in an accident that would change our lives forever. When she woke from her coma, she had no memory of me, of us, of the love we shared.

I was crushed. She was my air, and without her I couldn’t breathe.

The sparkle that once glistened her eyes when she looked at me was gone. To her, now, I was a stranger. I had not only lost my wife, I had lost my best friend.

But I refused to let this tragedy be the end of us. That’s when I started to write her letters, stories of our life. Of when we met. About the happier times, and everything we had experienced together.

What we had was far too beautiful to be forgotten.

Nineteen Letters is a romance novel by Jodi Perry, documenting the relationship between husband and wife Jemma and Braxton. They’re childhood sweethearts and newlyweds, but Jemma is in a car accident and loses her memory. Braxton — who doesn’t want to live his life without Jemma — writes her nineteen letters about their past in an attempt to jog her memory and bring her back to him (both mentally and physically).

“I screw up another piece of paper The first letter came easily — it made sense to start at the very beginning — but now that I know she’s actually going to read them, my approach has changed. I want to cram as much as I can into this one. There’s so much I yearn to say.”

The premise of this novel is perfect for a romance story — it’s the classic ‘girl forgets who boy is and boy must win girl back’ kind of story. It may have been done many times before, but Jodi has done a great job of making it feel unique to the characters and enjoyable to read.

The novel is well-paced, taking the time to really explore Jemma and Braxton’s history and their childhood, whilst also focusing on their journey together post-accident.

Jodi Perry is a skilled writer, perfectly balancing dialogue and prose and allowing the reader to get to know the characters without beating us over the head with backstory and emotion. I think that perhaps the book was a little longer than it needed to be, and at times I found myself skimming the the book until we got to the next letter.

Jemma is a strong character — intuitive and intelligent. She definitely grew on me over the course of the novel. I’ll admit, I didn’t like her that much after her accident. I think the reader was supposed to sympathise for her and acknowledge her fear and vulnerability, but instead Jemma just came off incredibly rude and mean to Braxton. She was blunt, harsh, and totally unwilling to let him into her life. However over time, she softens and the two begin reconnecting.

Braxton was the more relatable character of the two. He was patient, calm, loving and compassionate. He was definitely the stronger of the two characters, and he’s one of the reasons I really loved this book.

“I bend down and pick up a pebble from near my feet, then skim it across the water. As kids, Jem and I had competitions to see who could get the most bounces. I usually won, but there were times I purposely threw a bad one so she could beat me.”

I feel that the relationship between Jemma’s parents detracted from the overall plot. Because I was so invested in Jemma and Braxton’s relationship, I didn’t care enough about Christine and Stephen to really feel emotionally invested in them rekindling their romance. And the fact that friends Rachel and Lucas are ALSO having problems means there are three couples in the book and three relationships that need fixing. At times, it felt a little too much.

I think Jodi did a great job of pacing the relationship between Braxton and Jemma, slow-building their reconnection and making their friendship seem authentic. Braxton was patient and thoughtful, and Jemma was desperate to remember her old life.

In saying that, I quite often found the characters over-the-top sweet. Sickly sweet. At the beginning of the novel, Jemma and Braxton are just back from their honeymoon and Jemma is about to go back to work. It’s the morning, and they each stand in their bedroom/bathroom and for a good couple of pages, they just keep telling each other how much they’re going to miss each other:

‘I’m not ready to go back to work. I can’t stand the thought of spending the entire day without you.’

“I wish you didn’t have to go,’ His warm breath on my skin leaves goosebumps in its wae.
‘Me either.’
‘The next eight hours are going to feel like an eternity.’
I sigh in agreement. ‘I know.’

Is it cold of me to think that this isn’t realistic? That the average couple aren’t this expressive/complimentary/sweet? At the beginning of the novel, their relationship is mostly conveyed through their dialogue and I think there could’ve been ways for their actions towards each other to show the same level of love but without the (sometimes cheesy) dialogue. However, as the novel progress Jodi illustrates their friendship and eventual romance mostly through description and prose (and letters!), which I think worked better.

While packaged like a Jodi Picoult novel, fans of Nicholas Sparks will love Nineteen Letters. It also reminds me of the movie The Vow with Channing Tatum and Rachel McAdams. This book is for romance readers – there’s no doubt about that. If you like a good love story, then this is the book for you!