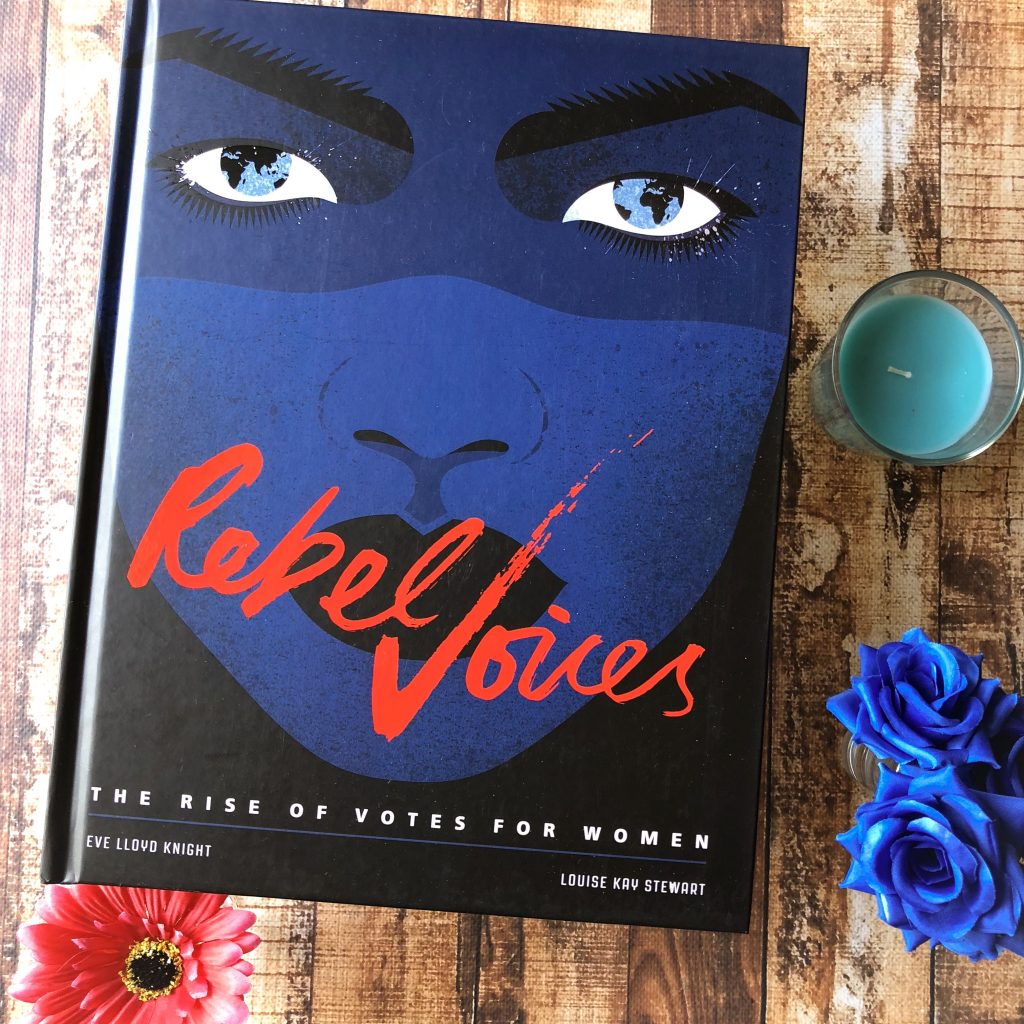 The message behind this book is so important, allowing readers to understand just how hard women fought to receive equal rights. The book begins with an introductory spread, detailing the history and the reason behind this book. It’s about women’s stories — important women of history who helped their country understand how important it was for women to be able to vote.

“By the end of the 19th century, women could stay silent and powerless no longer. Suffragists from every corner of the globe began to fight, march, riot and petition for their voices to be heard.”

Each spread of this book focuses on a different country, from India to Japan to Ecuador to the United Kingdom. Rebel Voices also follows a timeline, 1893 to 2015. The illustration style of the book is perfect for the content. The design is strong, with bold colours and distinct colouring. With harsh lines and contrasting colour palettes, you can’t read this book without studying these illustrations. I spent just as much time looking over the illustrations as I did actually reading the words.

“Even the cold wind couldn’t wipe the smile of satisfaction from Norwegian Gina Krog’s face. She was one of the first women in the world to summit a mountain — at a time when ladies weren’t even encouraged to set foot in a restaurant alone.”

This feels like the perfect time to publish this book. The world is beginning to work harder to recognise equality, and with the #MeToo and #TimesUp movement making waves around the world, a book that showcases the strong, powerful, determined and brave women of history is fantastic reading for adults and kids.

“Tang set up the first women’s suffrage group and campaigned for girls to get an education. She also help to win the crusade to ban foot binding.”

I recommend this to young girls and boys, because it’s easy to read and understand and a great way to introduce them to suffragists. I recommend this to parents as a way to educate themselves and their children. I also recommend this to anyone who has read Goodnight Stories for Rebel Girls, Fantastically Great Women Who Changed the World or Women in Science.