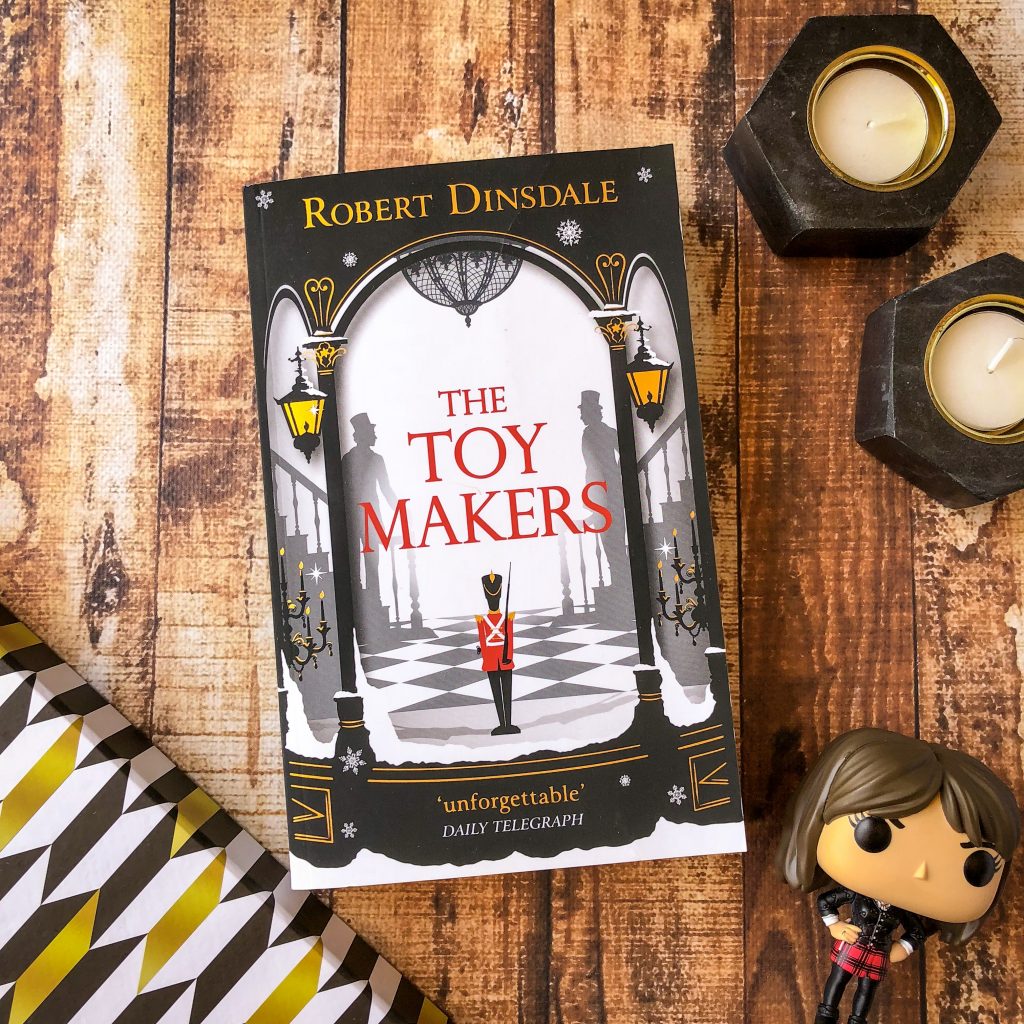 The Emporium opens with the first frost of winter. It is the same every year. Across the city, when children wake to see ferns of white stretched across their windows, or walk to school to hear ice crackling underfoot, the whispers begin: the Emporium is open! Christmas is coming, and the goose is getting fat…

It is 1917, and London has spent years in the shadow of the First World War. In the heart of Mayfair, though, there is a place of hope. A place where children’s dreams can come true, where the impossible becomes possible – that place is Papa Jack’s Toy Emporium.

For years Papa Jack has created and sold his famous magical toys: hobby horses, patchwork dogs and bears that seem alive, toy boxes bigger on the inside than out, ‘instant trees’ that sprout from boxes, tin soldiers that can fight battles on their own. Now his sons, Kaspar and Emil, are just old enough to join the family trade. Into this family comes a young Cathy Wray – homeless and vulnerable. The Emporium takes her in, makes her one of its own. But Cathy is about to discover that while all toy shops are places of wonder, only one is truly magical…

The Toymakers by Robert Dinsdale is an enchanting, rich, emotional novel that is both historical fiction and a family saga.

Additionally, Kaspar and Emil compete for the affections of Cathy, a runaway teenager. She arrives at the Emporium at the beginning of Winter, and she captures the attention of both brothers. Over the coming months, both fall in love with her. Cathy is enchanted by the store and the brothers and all of their creations, and soon she chooses between the brothers.

“Around her, every aisle was garlanded in lights. High above, the Emporium dome was swirling with pinpoints of white, like a constantly falling snow. The arches that opened each aisle were wreathed in holly leaves of crepe paper and card; plump red berries of paper mache hung from every leaf.”

The Toymakers reminds me of The Night Circus, so if you liked that novel then you’ll most certainly love this one. It’s filled with wonder, imagination and magic, with rich characters that leap off the page and a story that encompasses decades.

The Toymakers takes us from 1917 to 1953, documenting the ups and downs of The Emporium and the magic within it. A major turning point in the novel is when Kaspar leaves for war and comes back a broken man many years later. His relationship with Cathy devolves, and his connection with his brother Emil appears to sever.

“It was the first frost of winter this morning. We don’t turn folk away, not on first frost.”

This is a novel for grown ups — adults who loved toys as a kid and loved the wonder of the unknown. This is for anyone who fell in love with gadgets or figurines or games, and who loved spending their pocket money in toy shops. The Toymakers is probably too advanced for a child to read, but the plot is friendly enough to young eyes in case they do decide they want to give it a try.

The writing is poetic and lyrical, flowing between paragraphs and allowing the reader to settle into the story easily. The Toymakers takes us on an enjoyable ride, not just within the walls of the shop but within London as well. Robert Drinsdale has packed so much into one book — this book moves through time quite quickly and so we follow Cathy through most of her life.

“The patchwork rabbit was a dainty thing. It had a key in its side that was slowly winding down and it hopped along, as rabbits do, until it found a few scraps of fabric left on the workshop floor. At these it bent down and started to eat.”

I did feel that Papa Jack could’ve been a much stronger character. Considering that this was his Emporium and he was known for his marvellous creations, he felt a little dry in the book and he didn’t seem to inspire or intrigue me at all. I found him quite mundane, actually.

Set in London in the 1900s, I recommend The Toymakers to those of you who love magic and all the possibilities of our imagination. This is as much a character-driven story as a plot-driven story; we experience the highs and lows of the Emporium family and the layered relationship between Emil and Kaspar. There is also a surprising twist at the end of the book that I rather enjoyed.