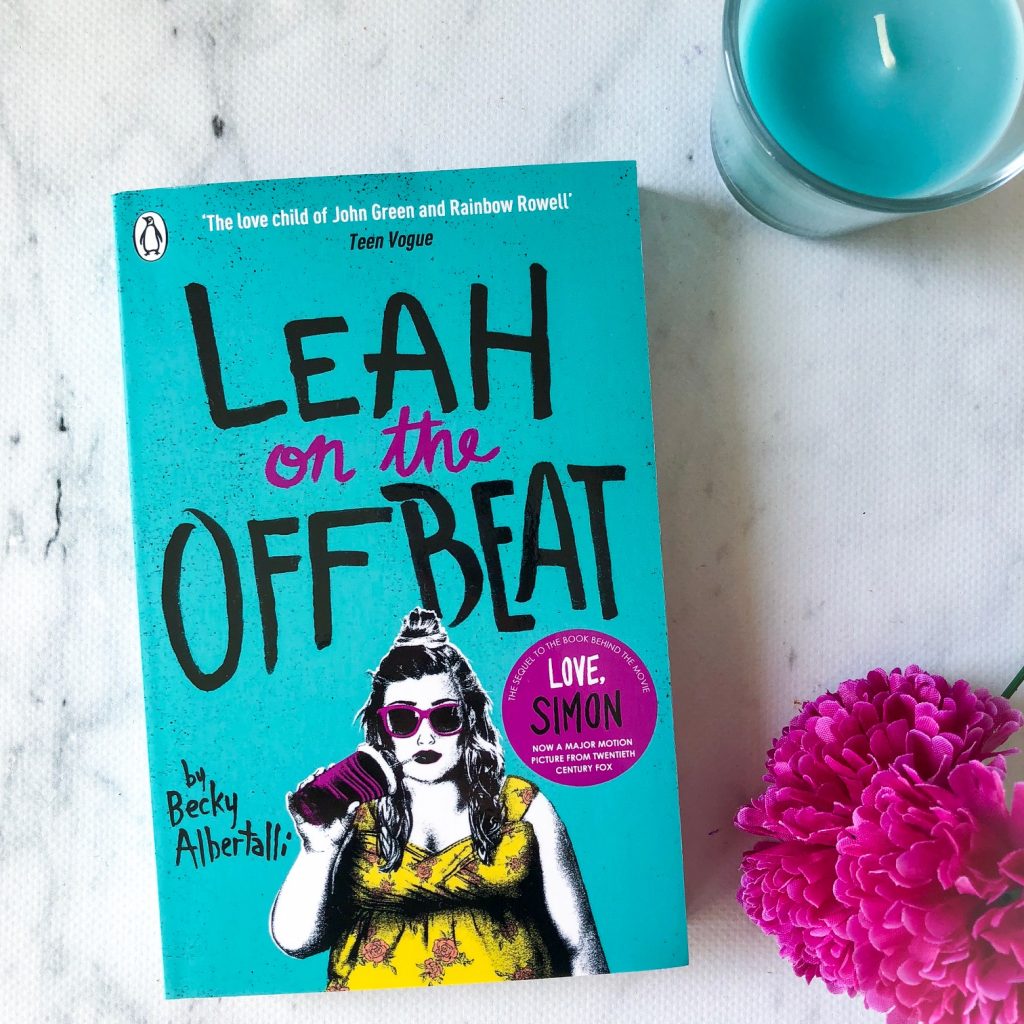 Leah Burke—girl-band drummer, master of deadpan, and Simon Spier’s best friend from the award-winning Simon vs. the Homo Sapiens Agenda—takes center stage in this novel of first love and senior-year angst.

When it comes to drumming, Leah Burke is usually on beat—but real life isn’t always so rhythmic. An anomaly in her friend group, she’s the only child of a young, single mom, and her life is decidedly less privileged. She loves to draw but is too self-conscious to show it. And even though her mom knows she’s bisexual, she hasn’t mustered the courage to tell her friends—not even her openly gay BFF, Simon.

So Leah really doesn’t know what to do when her rock-solid friend group starts to fracture in unexpected ways. With prom and college on the horizon, tensions are running high. It’s hard for Leah to strike the right note while the people she loves are fighting—especially when she realizes she might love one of them more than she ever intended.

I’ve read every single novel written by Becky Albertalli, and I think she has a real talent for capturing the teenage voice. Leah on the Offbeat is very dialogue-heavy, and a lot of the scenes are written in text format. It captures the teenage slang and dialect perfectly. Every single character in Leah on the Offbeat — and all of her other books — felt real and relatable, and their dialogue was not at all forced upon the reader.

“I wish you’d give him a shot.”
“Who, Garret?” I ask, my voice jumping half an octave.
“Wells.”
My face burns. “Oh.”
I glance at Mom, who’s sitting rigidly straight, chewing on her lip. She looks vaguely distraught. I don’t entirely know what to make of it.
She sighs. “Okay, what if—”
“I’m not getting brunch with your boyfriend.”

Once I got to the end of the novel, I spent some time reflecting on the book and I noticed that there doesn’t really seem to be much plot to this. What actually happens? Sure, the characters mature and learn and relationships form and disintegrate, but what really happens? Not much.

And I don’t agree with how Leah treats some of the other students. I found it hard to connect with her, given how rude and negative she is for most of the novel. She criticises another student because she identifies as ‘low key bi’ and I don’t think that’s acceptable because it’s okay to not fully know who you are in high school. Leah is also really horrible to her mum and her new boyfriend, and although this may be relatable for some teenagers, Leah’s horrid attitude just seems over the top and I found myself deeply repulsed by some of her behaviour.

And in this moment, it’s easy to imagine this working. This friendship. Maybe we really could be roommates. We could hang around in pyjamas and Skype with Simon and eat cookies every night and make straight As all the time. She can have a boyfriend, I can hopelessly pine for a sophomore, and we’ll be legit best friends.

Ultimately, I felt fine about this book. I certainly didn’t hate it, but I wasn’t ecstatic upon finishing it. I simply enjoyed it. I do applaud that the book brings LGBTQ+ relationships to the forefront, because I think that’s really necessary in YA fiction.

Readers who aren’t as familiar with Simon vs. the Homo Sapiens Agenda will probably love this story anyway because they won’t be as familiar with the characters and they can go into this book with a fresh mindset.

Young readers who are looking for a story featuring LGBTQ+ characters will be pleased to discover Leah.

Leah on the Offbeat
Becky Albertalli
May 2018
Penguin Random House