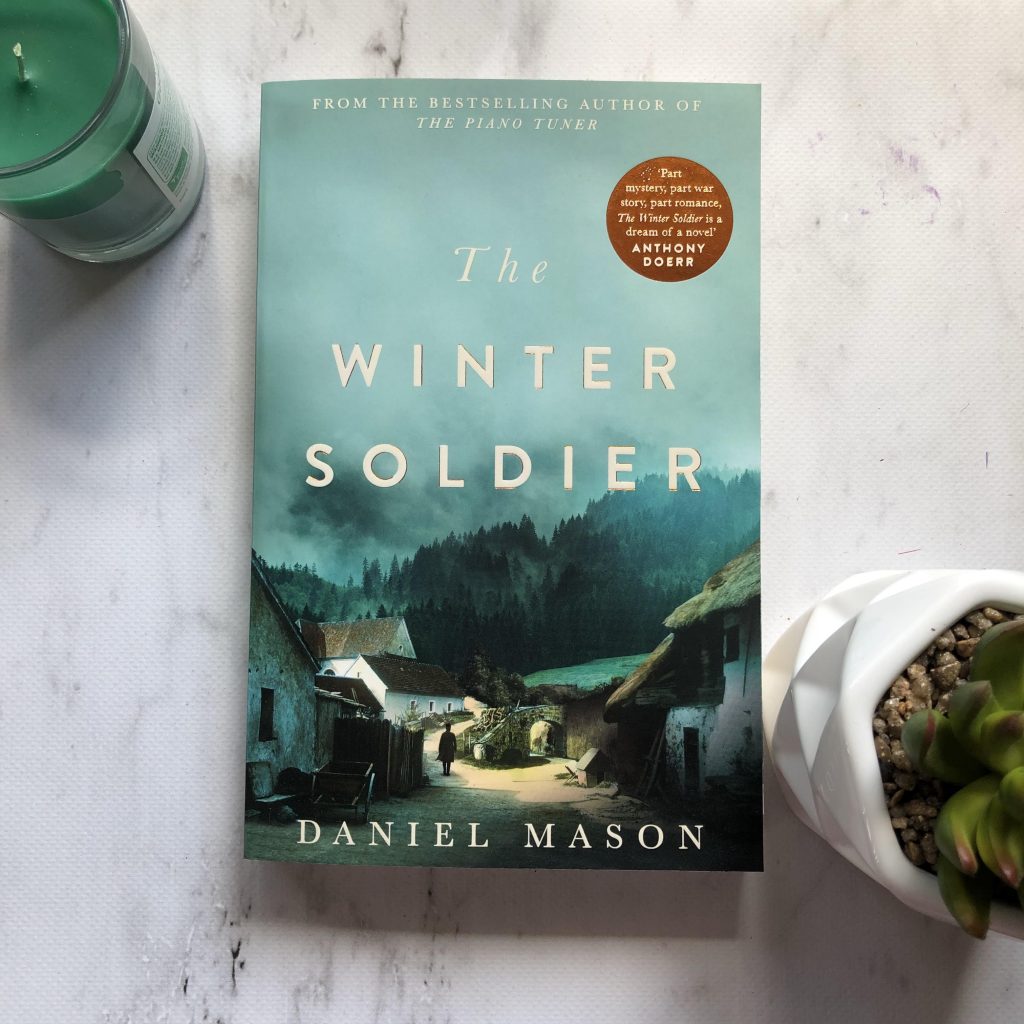 From the bestselling author of The Piano Tuner, comes Daniel Mason’s The Winter Soldier, a story of love and medicine through the devastation of the First World War.

Vienna, 1914. Lucius is a twenty-two-year-old medical student when World War One explodes across Europe. Enraptured by romantic tales of battlefield surgery, he enlists, expecting a position at a well-organized field hospital. But when he arrives, at a commandeered church tucked away high in a remote valley of the Carpathian Mountains, he finds a freezing outpost ravaged by typhus. The other doctors have fled, and only a single, mysterious nurse named Sister Margarete remains.

But Lucius has never lifted a surgeon’s scalpel. And as the war rages across the winter landscape, he finds himself falling in love with the woman from whom he must learn a brutal, makeshift medicine. Then one day, an unconscious soldier is brought in from the snow, his uniform stuffed with strange drawings. He seems beyond rescue, until Lucius makes a fateful decision that will change the lives of doctor, patient and nurse forever.

From the gilded ballrooms of Imperial Vienna to the frozen forests of the Eastern Front; from hardscrabble operating rooms to battlefields thundering with Cossack cavalry, The Winter Soldier is the story of war and medicine, of family, of finding love in the sweeping tides of history, and, finally, of the mistakes we make, and the precious opportunities to atone.

The Winter Soldier by Daniel Mason is a literary novel set during World War I, about a young medical student who enlists and is stationed at a field hospital in a Church in remote Eastern Europe.

Lucius is in over his head. He’s not experienced enough to be the sole doctor in this tiny field hospital, and he must learn fast. He’s suddenly in charge of amputations and treatments and diagnoses, but he’s overwhelmed.

Luckily, there’s a nurse at the Church called Margarete. She has already been there for some time and she trains Lucius, mentors him. Over time, he gains confidence and skill and is able to help the men who have been injured in the war.

“They started in the nave, near the door, in Fractures and Amputations. Traction ropes hung from the roof beams, and little towers of wooden scaffolding with rope and counterweights had been set up on the floor…She had amputated his leg above the knee and reset a wrist fracture, and kneeling, she inspected the wounds quickly, showing them to Lucius.”

The prose is quick and effortless, the story moving at exactly the right pace for the reader to understand the characters and their motivations, but for the reader not to be bogged down in unnecessary detail.

The setting and time period is a huge part of the story, and Daniel has captured the unrelenting winter so well. They’re in such a remote location that it must be very cold for most of the year, and this often impacts wounded soldiers. Sometimes it takes days for them to arrive at the hospital after they’ve been injured in battle, so by the time they arrive with Lucius and Margarete, they’ve got frostbite and they’re forced to amputate.

The winter soldier mentioned in the blurb of the book actually isn’t in the story for very long, but he changes Lucius and Margarete’s lives without meaning too. Lucius makes a choice to keep Horvath in the hospital because he thinks he can cure him. But it’s a selfish choice, not for Horvath’s benefit but really for Lucius. And keeping him at the hospital longer than necessary triggers a chain reaction that flows for the rest of the novel.

“Looking down at his thumb, he could still feel the wet pills crumbling as he pushed them deep into Horvath’s cheek. He had no explanation for the strange magic he had just discovered. But most advances in medicine involved some serendipity. What was important now was that he watched and studied carefully, and learned.”

This is an epic novel about war, loss and pain, but also love, connection and the bond that can form between two people who find themselves in an impossible situation.

The Winter Soldier is also about how one decision can be a catalyst for so much, completely changing a person’s life and connection with someone else. It’s a novel about accepting what you cannot change, and about forgiving yourself and learning to move forward with your life.