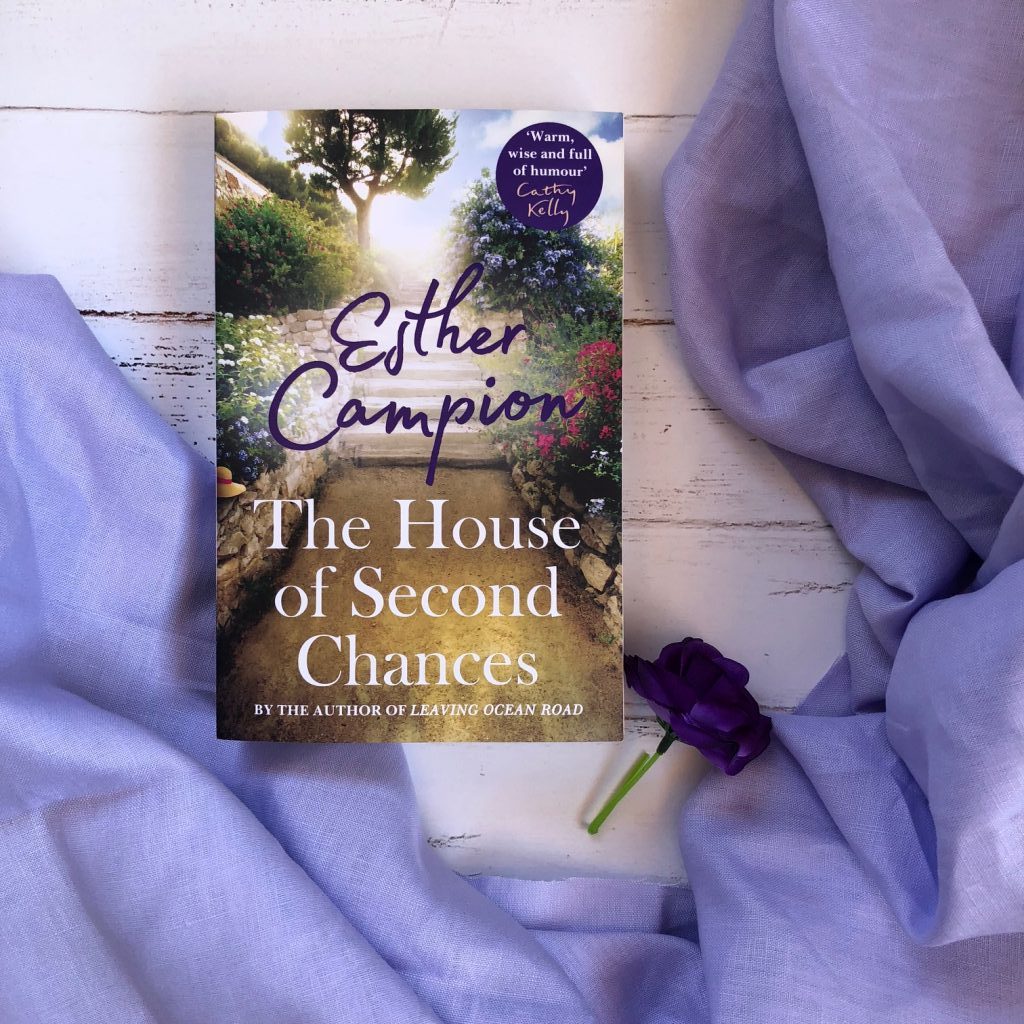 Can a house heal heartache? From coastal Australia to the rugged beauty of Ireland, an enchanting novel of starting over, in the tradition of Maeve Binchy and Monica McInerney.

Their grandmother’s stone cottage was always a welcome retreat in the childhood summers of Ellen and Aidan O’Shea. After a trip home from Australia, Ellen is keen to bring the neglected home back to its former glory and enlists the help of her dear friend and one of Ireland’s top interior designers, Colette Barry.

Aidan is already begrudging the work on the house he has avoided for nearly twenty years. The last thing the builder needs is an interior designer who seems to do nothing but complicate his life. With their own personal heartaches to overcome, will Aidan and Colette find the courage to give the house and themselves a second chance?

The House of Second Chances by Esther Campion is a novel about letting go of past mistakes, failed relationships and learning to let others in. This is Esther’s second novel and explores love, loss, grief and family.

Aidan and Colette have both been in relationships they’d rather not remember. Colette’s ex-husband treated her terribly and cheated on her many times, and Aidan’s ex-girlfriend left and married someone else. Aidan also acts as a babysitter for another ex-girlfriend who likes to offload her daughter onto Aidan on a regular basis.

Both Aidan and Colette like to shut people out, and they keep pretending that they’re happy being single. When they meet, they initially don’t like each other. They fight over what’s best for the house and the renovation of the property. But soon, they start to understand each other and friendship develops.

“The whole group were looking at him. Oh man! He’d half hoped he might find the seat beside Colette empty for once and enjoy his pint while actually having a civil conversation with the girl. This was not how he’d planned it.”

At first I was a little taken aback with how people spoke to Aidan about his weight. Aidan acknowledges that he weighs more than he used to, and he’s let his fitness slip. His internal dialogue reflects what a lot of people who feel unfit think about themselves. They know they need to eat healthier, exercise more.

But Aidan’s friends and family outwardly comment about his weight and Aidan just takes it. He seems like the kind of character who isn’t afraid to speak his mind, so it seemed a little surprising that he just accepted everyone’s jokes and remarks without sniping back. Even though he thought their comments were justified, I would’ve expected a character like Aidan to respond differently to how he did.

“Ben Dineen cut a fit-looking figure in a designer polo shirt that showed off his biceps. Aidan imagined the six-pack concealed under the shirt tucked into the belted chinos. Lucky bastard, he thought, drawing the sides of his open jacket together to cover the gut that had brought him to this.”

The grandmother’s cottage in the book read like a character, it held such a strong significance to the plot and to the characters’ journeys. It holds memories and is therefore an important place for the characters, but renovating the house is also about moving forward and reflecting on what’s transpired.

Esther brings a range of characters to this story, all of whom are struggling with something. Grace and Ben are having silent fights and communication is needed to overcome their issues. Aidan’s ex-girlfriend Jane keeps running back to her problematic boyfriend despite him being a bad influence on her and her daughter. Colette’s new work experience kid Shane is rebellious and troubled, but is really skilled at drawing. These are just a few of the side characters who enrich the story.

“She’d wanted a daughter too. But this was no time to be maudlin. She had bills to pay, a mother to look after as she got older and, down the track, her own senior years to secure. She’d worked her socks off and would continue to do so. A partnership would just make it more her own.”

Initially, it was really hard to wrap your head around the characters. In the opening chapters of the book, Esther seems to introduce just about every character in the book and it was easy to get lost in all the information because it felt like an information dump. I would’ve preferred if the characters were drip fed a bit more, without so much background information all at once. 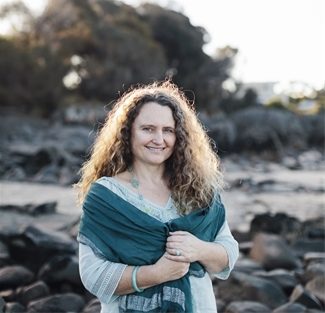 Firstly, tell us a little bit about your latest novel, The House of Second Chances
This book is set around the renovation of an old farmhouse in West Cork, a beautiful part of Ireland. Builder, Aidan O’ Shea, has been avoiding his grandmother’s house for almost twenty years, but when his sister in Australia decides to turn the house into a business, he is thrust on to the project along with Ellen’s interior designer friend, Colette Barry. Colette is keen to get on with the job but when her ideas come up against resistance from Aidan, she is in for some challenging times. Both Aidan and Colette are struggling with the hurts of past lives, but the house presents an opportunity for healing, if only they can get out of their own way.

You live in Tasmania but you’re from Ireland. Do you find inspiration from your surroundings, both past and present?
Very much so. Ireland runs through my veins, so I think I will always enjoy writing stories set there. In terms of places I’ve moved to, it takes a while for the landscape and the people to get under my skin. For example, I have lived in Tasmania for six years and it is only now that I have come to write about it in what will hopefully be my next novel.

In The House of Second Chances, grandma’s stone cottage feels like a character. How do you go about capturing the atmosphere and feel of a location, especially when it plays such a big role in a book?
I am delighted to hear you say the house was like another character as I didn’t consciously write it as such. The house has a very distinct past, a vibrant present and, by the end of the book, also hope for the future, so I definitely like your idea of seeing it as a character. I also feel its former owner, grandmother Lizzie O’ Shea, is kept alive through the house and she is a character I kept coming back to as memories of her as she lived in the house set the tone for the place. Crookhaven, where the fictional house is located, is a place I love to visit. I imagine my characters walking the hills and beaches, drinking in the pub, chatting to the locals and setting the world to rights.

Do you have to undertake any research when writing your books?
I dabble in the research side of things as I go. For settings, I draw on photographs and memories from times I lived in or visited places. If I haven’t been to a place or can’t remember details, I will interview someone who has. My husband is also a great sounding board and source of knowledge. Thankfully, he’s always interested enough to listen. He doesn’t write but loves reading, especially the No. 1 Ladies Detective Agency series by Alexander McCall Smith.

What element of novel writing do you most struggle with?
Honestly, it’s the physical aches and pains. When I’m in the zone, I sit for far too long without leaving the desk and pay for it later. Thanks to your question, I will try to remember to use my timer!

What element of novel writing do you think is your biggest strength?
I like writing dialogue, but you’d have to ask my readers what they like best. Maybe some readers of your blog will leave a comment and let me know.

What do you like to read? What do you look for when deciding your next purchase?
I think we’re all influenced by the steady stream of emails and Facebook posts announcing the top reads for each month and what we should be reading. I’m quite a slow reader, so although I would love to read all of these popular works, I’m usually about a year behind by the time a book reaches the top of my ‘To Be Read’ pile. I am currently reading Every Breath by Nicholas Sparks which has leap-frogged on to the top of the pile because I love Nicholas Sparks and reading about Africa. One of the perks of being an author is receiving free bound proofs of soon-to-be-released novels. That makes me get a move on and I am looking forward to reading Natasha Lester’s last and next novels once I’m finished with Nicholas.

Finally, what are the you working on next?
I am writing a novel set in Ireland and Tasmania and for now, that’s about all I can say on the matter.