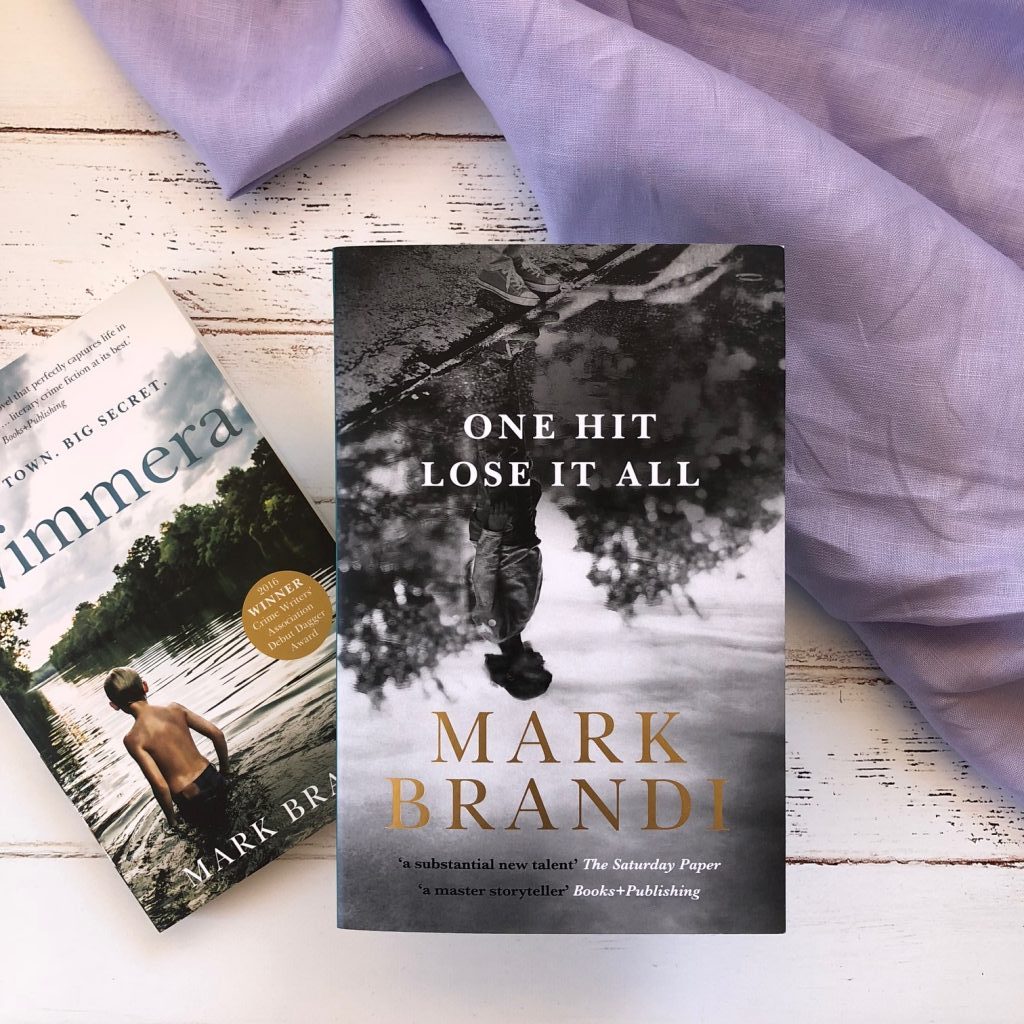 A young woman living on the street has to keep her wits about her. Or her friends. But when the drugs kick in that can be hard.

Anton has been looking out for her. She was safe with him. But then Steve came along.
He had something over Anton. Must have. But he had a flat they could crash in. And gear in his pocket. And she can’t stop thinking about it. A good hit makes everything all right.
But the flat smells weird.

There’s a lock on Steve’s bedroom door. And the guy is intense. The problem is, sometimes you just don’t know you are in too deep, until you are drowning.

The Rip by Mark Brandi is an urban crime novel set in Melbourne.

The plot itself is not overly complex — two friends live homeless on the streets of Melbourne, with the young girl’s dog, Sunny. They’ve both come from troublesome childhoods and adolescent years, but they have learnt how to live as comfortably as they can. They feel safe where they are. Until they meet Steve.

“It’s funny how quick it happens and without you really noticing. Anton said once that it’s like walking out into the sea, and you think everything’s fine and the water’s warm, but when you turn back you’re suddenly miles from shore. I’ve never been much of a swimmer, but I get what he means. Like, being caught in a current or something. A rip.”

This book is raw and emotional, rich and powerful. These characters are troubled and flawed, but they draw the reader in. Mark Brandi is such a wonderful writer. He captures dialogue so well, and even with very little plot, he is able to engage an audience. The Rip is predominantly character-driven, and it’s fantastic.

…until I got to the end of the book.

The ending makes no sense to me. It’s almost like Mark wrote a few chapters and then cut them out of the manuscript. There’s a mystery in the book surrounding Steve and his bedroom, and the mysterious barrels. That mystery is never explained. All of a sudden, the plot jumps forward in time with no explanation of what happened in between. Sure, there’s a quick mention of a ‘court case’ but that’s it. What was in the barrels? We can guess, but what really happened?

The first thing I did was look at reviews online, and I found comfort in knowing many many other readers felt the same anger and frustration at the ending as I did. All the brilliant writing and masterful work Mark Brandi put into this book felt completely wasted at the end.

“I take Sunny by the rope and walk quickly up the street. He follows me for a bit, but gives up once I get round the corner. Look, I’m not ungrateful or anything — the food was nice, the apple pie especially — but it seems like everything comes with strings attached. With some people, anyway. Like, they can’t just do you a favour without expecting something in return, you know?”

The Rip is full of beautiful writing, with characters who are fragile, yet incredibly strong. The book is engrossing and riveting and I loved it all, until the end. Many readers will love this. But many readers will not love the ending.