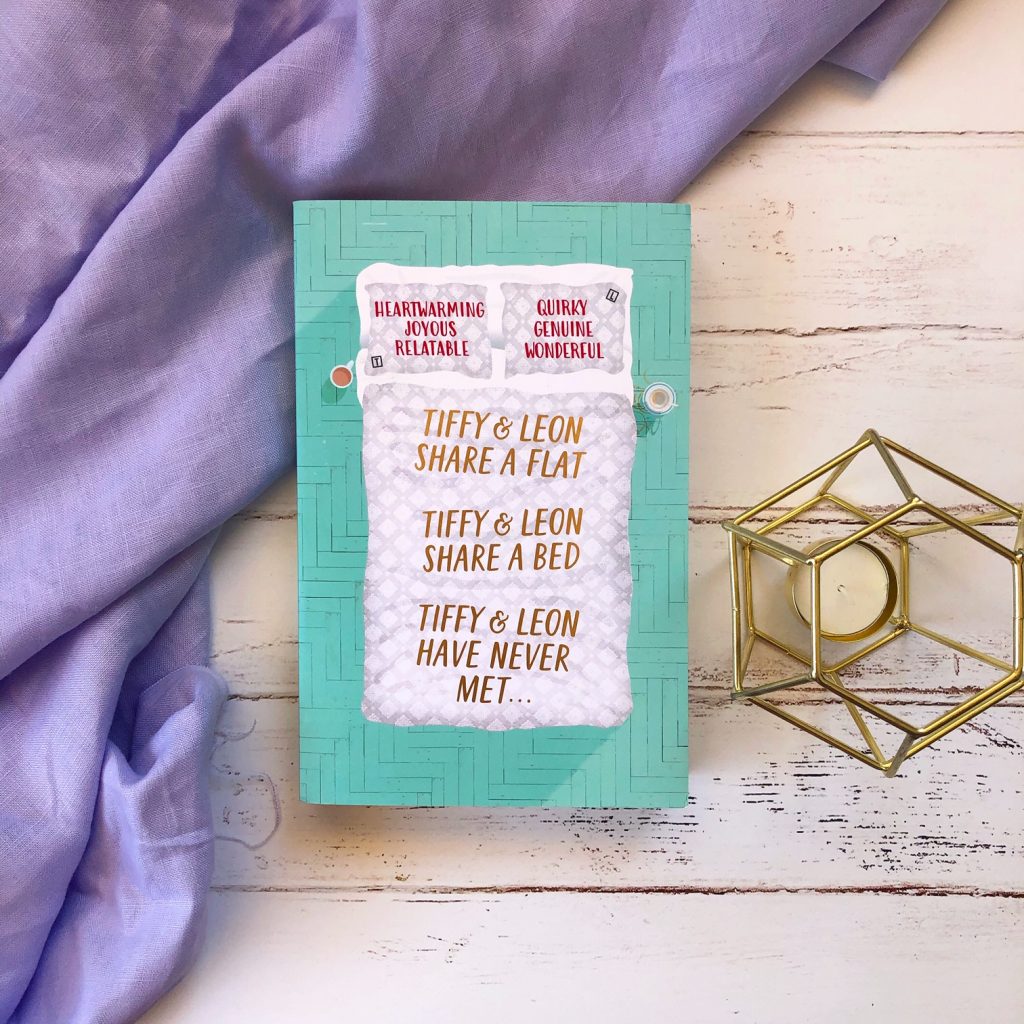 Tiffy Moore needs a cheap flat, and fast. Leon Twomey works nights and needs cash. Their friends think they’re crazy, but it’s the perfect solution: Leon occupies the one-bed flat while Tiffy’s at work in the day, and she has the run of the place the rest of the time.

But with obsessive ex-boyfriends, demanding clients at work, wrongly-imprisoned brothers and, of course, the fact that they still haven’t met yet, they’re about to discover that if you want the perfect home you need to throw the rulebook out the window…

The Flatshare by Beth O’Leary is a gorgeous, uplifting romantic comedy about two London flatmates who share a bed but have never met.

Leon is a palliative care nurse who works evenings and spends all his weekends at his girlfriend’s house. His brother is in prison for a crime he didn’t commit, and Leon is using whatever money he has to pay his brother’s lawyer. Leon decides to advertise online for a roommate. The arrangement makes perfect sense — Leon would have the flat during the day, and the roommate would have the flat to themselves on the weeknights and weekends. They’d never even need to meet!

Leon chooses Tiffy to be his flatmate. She’s a quirky, upbeat book editor at a publishing house with a passion for reading and a habit of baking and cooking too much food. Her boyfriend Justin has dumped her for the girl he cheated on her with, and she needs a new place to live that doesn’t cost a fortune.

“I was so lucky to have him. Justin was always so…fun. Everything was a whirlwind; we’d by flying from country to country, trying everything, staying up until four in the morning and climbing on to the roof to watch the sunrise. Yes, we fought a lot an dI made a lot of mistakes in that relationship, but mostly I’d just felt so lucky to be with him. Without him I feel….lost.”
TIFFY

Leon and Tiffy slowly build a friendship in a most unconventional manner, bonding over post-it notes, text messages and leftover food. The book moves through the year quite clearly, consistently switching back and forth between Tiffy and Leon’s POV. Leon is shy, punctual, factual and to-the-point. He’s observant and logical and practical.

Tiffy is a chaotic person — hopeful, energetic, cheerful and always trusting. She worries a bit too much about things she shouldn’t need to worry about, and she’s caring and considerate towards her friends and colleagues.

Beth O’Leary has done a fabulous job of capturing Leon and Tiffy’s unique voices from their internal and external dialogue, and the various post-it notes that each characters leaves around the apartment.

“Letter is crumpled in trouser pocket. Tiffy asked me to read it before I send it on to Richie. But haven’t, yet. It’s painful. Feel suddenly sure that she won’t understand. That she’ll say he’s a calculating criminal, just like the judge did. Say his excuses don’t add up, that given his character and his past he’s exactly what we should all have expected.”
LEON

Admittedly, I felt there were a few flaws. It’s quite a long book and three-quarters of the way through the story I felt like it was a bit too slow. There are a lot of post-it notes and text messages, and a lot of chapters that felt like they were being dragged out.

There’s also a particular scene at the end of the novel involving Tiffy and her ex-boyfriend that felt unrealistic and quite cringeworthy. And the friendship between Tiffy and Leon’s brother, and her involvement in his appeal is all a little bit ‘Hollywood’ that is a bit hard to believe at times. It’s nice and pleasing, but I do think you have to stretch the imagination to go along with the story.

I recommend The Flatshare to readers of romance comedy, light-hearted and tender novels about family and relationships. It’s fun and cute, but it is also emotional and heartfelt. By the end, you’ll want to move in with Tiffy and Leon.