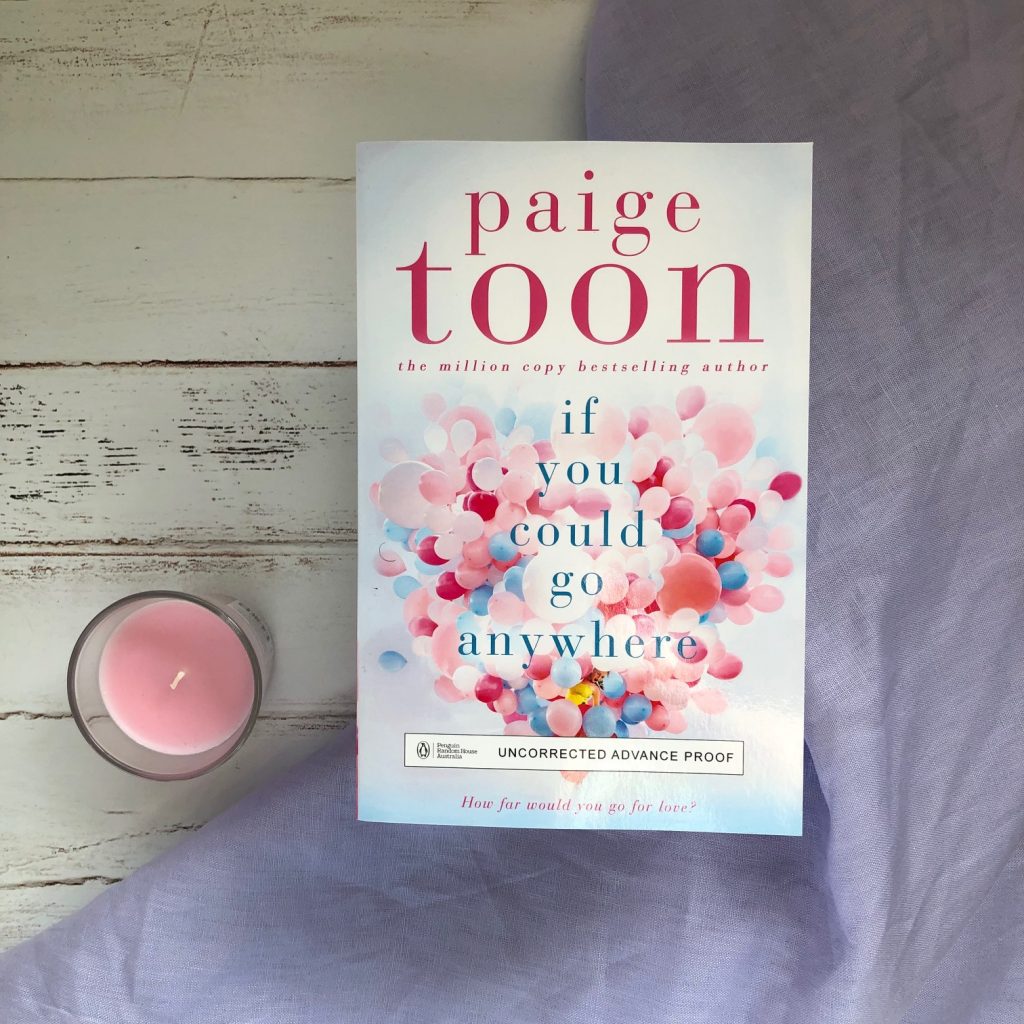 Angie has always wanted to travel, but at twenty-seven she has barely even stepped outside the Australian mining town where she was born. Instead, she discovers the world through stories told to her by passing travellers, dreaming that one day she’ll see it all for herself.

When her grandmother passes away, leaving Angie with no remaining family, she is ready to start her own adventures. Then she finds a letter revealing the address of the father she never knew, and realises instantly where her journey must begin: Italy.

As Angie sets out to find the truth – about her family, her past and who she really is – will mysterious and reckless Italian Alessandro help guide the way?

If You Could Go Anywhere by Paige Toon is a contemporary romance novel about a young girl’s desire to connect with her biological father, and travel the world.

Angie has been taking care of her grandparents for most of her life — she’s 27 years old and has never left her home town of Coober Pedy, in rural South Australia. She’s desperate to travel and see the world, but she’s also eager to find out more about her biological father. Her mother died shortly after giving birth to Angie, and her grandparents claim not to know any information about his identity. When Angie uncovers a letter with more information into her mother’s past, Angie is able to track down her father — Giulio — in Italy.

“He doesn’t really ask me much about myself, but he’s happy to talk and I do my best to listen. I hear about the time the mayor came into his restaurant, and another occasion when he met with the Pope, along with countless other anecdotes.”

The story itself will appeal to anyone who is a huge fan of romance novels, but for me, I didn’t overly enjoy the book. The story moves so fast in the beginning, that I never really felt connected to Angie’s character.

I never felt drawn to her or her motives — I felt like I was detached from her in some way. She finds out about her father and then meets him in such a short amount of time, it just felt incredibly unrealistic.

Additionally, there doesn’t seem to be much tension to the story. Angie finds the letter, tracks her dad down immediately, he welcomes her with open arms, and then Angie spends majority of the novel trying to form a friendship and/or relationship with Giulio’s adopted son Alessandro. It all feels a little too easy.

“My feet seem to have glued themselves to the spot, but my father steps forward and embraces me, squeezing me tightly. I could not feel more bizarre as I squeeze him back. He smells of cologne and wood smoke — sort of homely and welcoming — and for a split second, my senses are flooded with the memory of what my grandfather used to smell like.”

Angie is 27 but at times, she reads like a teenager. She has quite a juvenile dialogue — external and internal — and despite Angie and I being of similar age, I felt like I was reading a story from the POV of a high school student who has been set free in Italy without adult supervision.

If you’re a die-hard fan of romance novels, then you’ll love this book despite its flaws in pacing and believability. But if you’re like me and you only dabble in romance every now and then, I’m not sure that this book is for you.