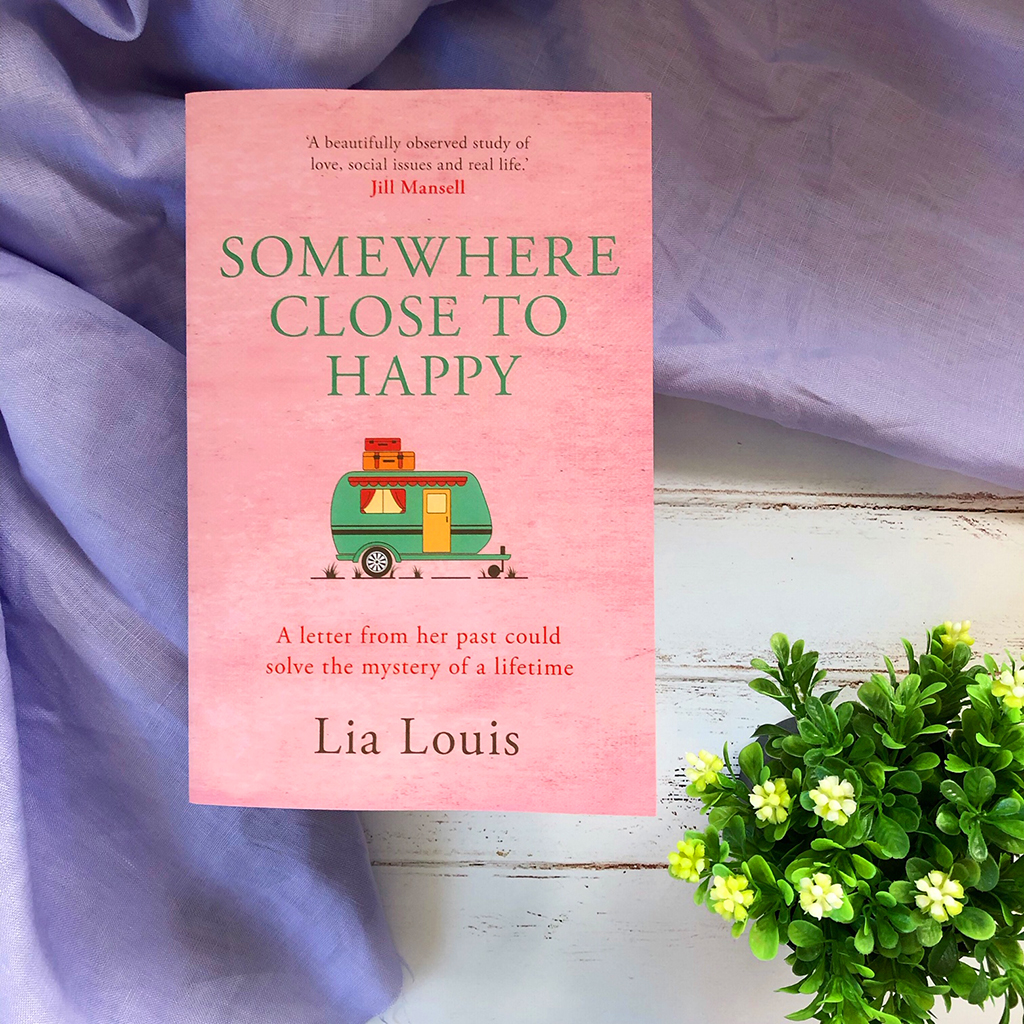 She has a steady office job (with a steady stream of snacks), has had the same best friend since school, and she sees her family every Thursday night for take-away and trashy TV. Lizzie likes her uncomplicated life.

Then a letter arrives one day from her first love, Roman. A letter dated the day he disappeared, 12 years before. As Lizzie uncovers the secrets of the letter, she discovers what really happened the year her life fell apart – and all avenues lead back to Roman.

Lizzie James thought she was happy, or somewhere close to happy, at least. Now she’s not so sure.

Somewhere Close to Happy by Lia Louis explores a past love, a childhood destroyed by mystery, and the lasting, crippling effects of mental health.

The story is mainly about Lizzie’s relationship with her childhood best friend Roman, who disappeared twelve years earlier. When Lizzie receives a letter dated shortly before he disappeared, she decides to start searching for Roman. Her close friend Priscilla is on hand to help her as well, and clue by clue, the two find out where Roman has been all these years.

“I hate the thought of that happening again. Seeing him like that, so pale, so cold, so vulnerable, but still showing up despite it all. If he’s here with us, he’s safe. He won’t freeze to death in the night or have to clean up his mum in the bath again. He won’t be pushed outside, to Ethan. To god knows what he does when he’s with him.”

We only ever see Roman through the eyes of others, and in particular, Lizzie. It’s interesting to read about her memories of Roman, about her time with him, and then as we start to track him down and find out where he went after he disappeared, we find out all these things about him that Lizzie either didn’t know or didn’t realise.

Roman’s mental health struggles and his addictions were two things that Lizzie didn’t understand the extend of until she started trying to find him again. The book shines a light on addiction and how crippling it can be, but also how well people can hide it from their close friends and family. Anyone who has a friend or family member who has gone through addiction, will be able to read this book and find comfort within its pages.

The book also tackles some other pretty heavy topics, such as abortion, anxiety, depression and death. Lia Louis touches on these issues very delicately and considerately — she’s a very talented writer.

“I can’t do it. I just can’t bring myself to speak. If I ask for him, and she says no, there’s nobody there called Roman, then what? Hopes dashed, another wild goose chase to another number, to another address where he won’t be; my elusive, disappearing, was-he-ever-real friend?”

I wouldn’t say I fell head over heels for this book. I enjoyed it, and it’s a layered story and it’s very well-written, but I didn’t experience much emotional attachment to the book. I suspect I’m not the target audience, despite being a similar age to the protagonist. The book does slow down after about three quarters and I felt like the pacing was dragging a bit, but there is ultimately a satisfying and enjoyable ending.

This book is probably best suited to readers of historical fiction, romance fiction, and fluffy, life-affirming novels about hope and family.