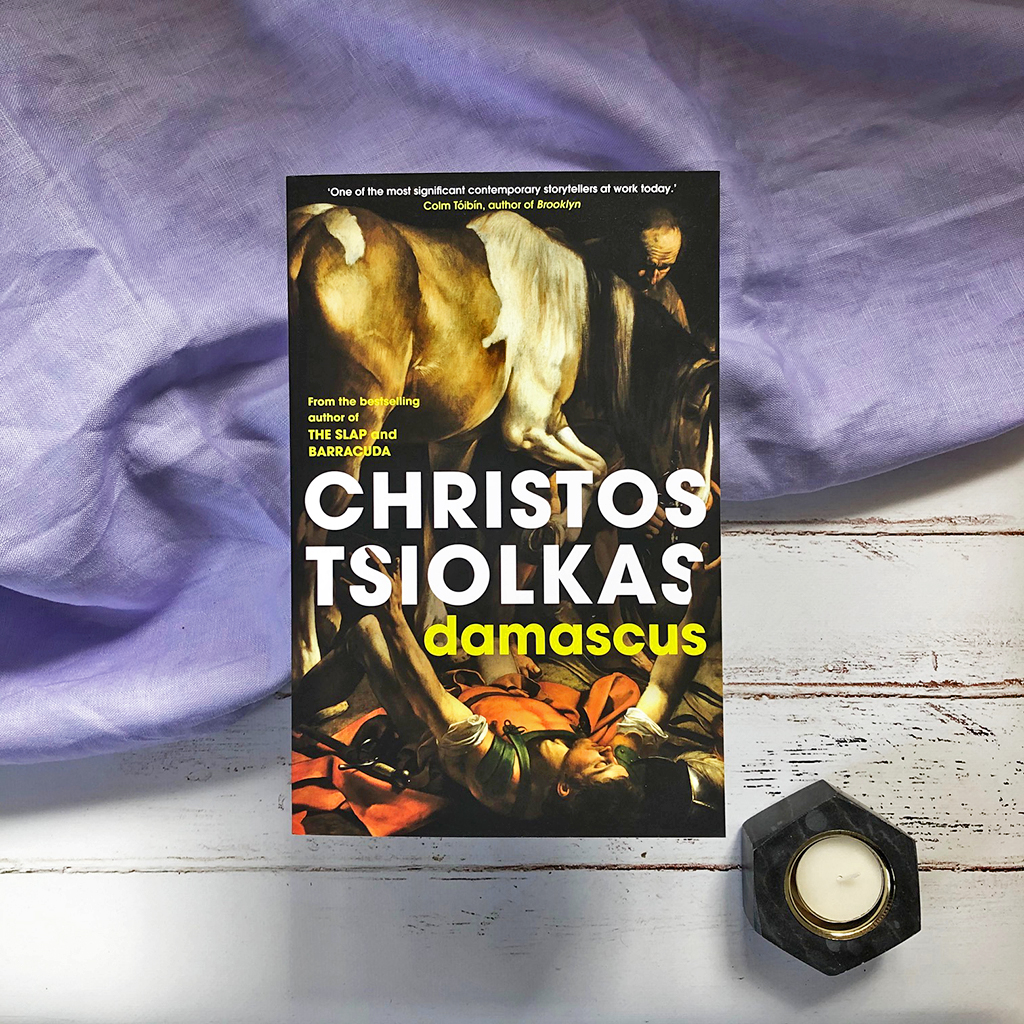 Christos Tsiolkas’ stunning new novel Damascus is a work of soaring ambition and achievement, of immense power and epic scope, taking as its subject nothing less than events surrounding the birth and establishment of the Christian church.

Based around the gospels and letters of St Paul, and focusing on characters one and two generations on from the death of Christ, as well as Paul (Saul) himself, Damascus nevertheless explores the themes that have always obsessed Tsiolkas as a writer: class, religion, masculinity, patriarchy, colonisation, exile; the ways in which nations, societies, communities, families and individuals are united and divided – it’s all here, the contemporary and urgent questions, perennial concerns made vivid and visceral.

In Damascus, Tsiolkas has written a masterpiece of imagination and transformation: an historical novel of immense power and an unflinching dissection of doubt and faith, tyranny and revolution, and cruelty and sacrifice.

Acclaimed Australian author Christos Tsiolkas’ latest novel, Damascus, is an incredible surprise to read — an astonishing feat, tackling such a huge scope of a story in just 400 pages, but one of my favourite novels of the year and a book I felt completely blindsided by.

Damascus is an ancient biblical story about St Paul and the birth of the Christian Church, introducing us to Paul’s journey and involvement in the Church and other people along the way whose stories intersect with Paul. Christos explores class, family, status, reputation, faith and acceptance, set against the backdrop of the Roman Empire many years after the death of Jesus Christ.

“I was outraged. After such a brazen insult I was ready to go. But just then the screen was drawn and an old woman emerged, her head shrouded, her thin hands clutching a basket laden with dried fruits, breads and pickled nuts. The crowd rose as one and rushed to her….In an instant the basket had been emptied.”

If this book wasn’t written by someone as talented and acclaimed as Christos, I wouldn’t have requested it from the publisher. A tale such as this needs to be tackled properly, respectfully, compassionately, but it also needs to be interesting enough to bring in readers — like me — who don’t care that much for religion or faith. And Christos has done a marvellous job.

I can’t begin to imagine the level of research that would’ve gone into this book — the amount of time it took reading about the life of St Paul. At the end of the book, Christos’ author note tells us why he decided to write about St Paul, and I almost wish I had read this before starting the book. It’s reflective and eye-opening but it also adds a level of depth to the story that altered my perspective and made me think about Damascus on a much deeper level.

Three quarters through the book and I do feel like the momentum slows down a little too much — I felt lost in the story, not entirely sure where it was headed and why we were meant to continue pursing this story. The storyline and characters become a little slow and beige, and my attention wavered. I’m glad I stuck it out though, because the conclusion to the story is authentic and welcome.

Recommended for literary fiction readers. Readers must possess some sort of interest in the Roman Empire because that forms the backdrop for this entire book. I have no interest in religion or Christianity — I am an avid Atheist and nothing will ever change that. And I loved this book. I’m therefore confident this book will appeal to many readers, and will find many loyal fans.