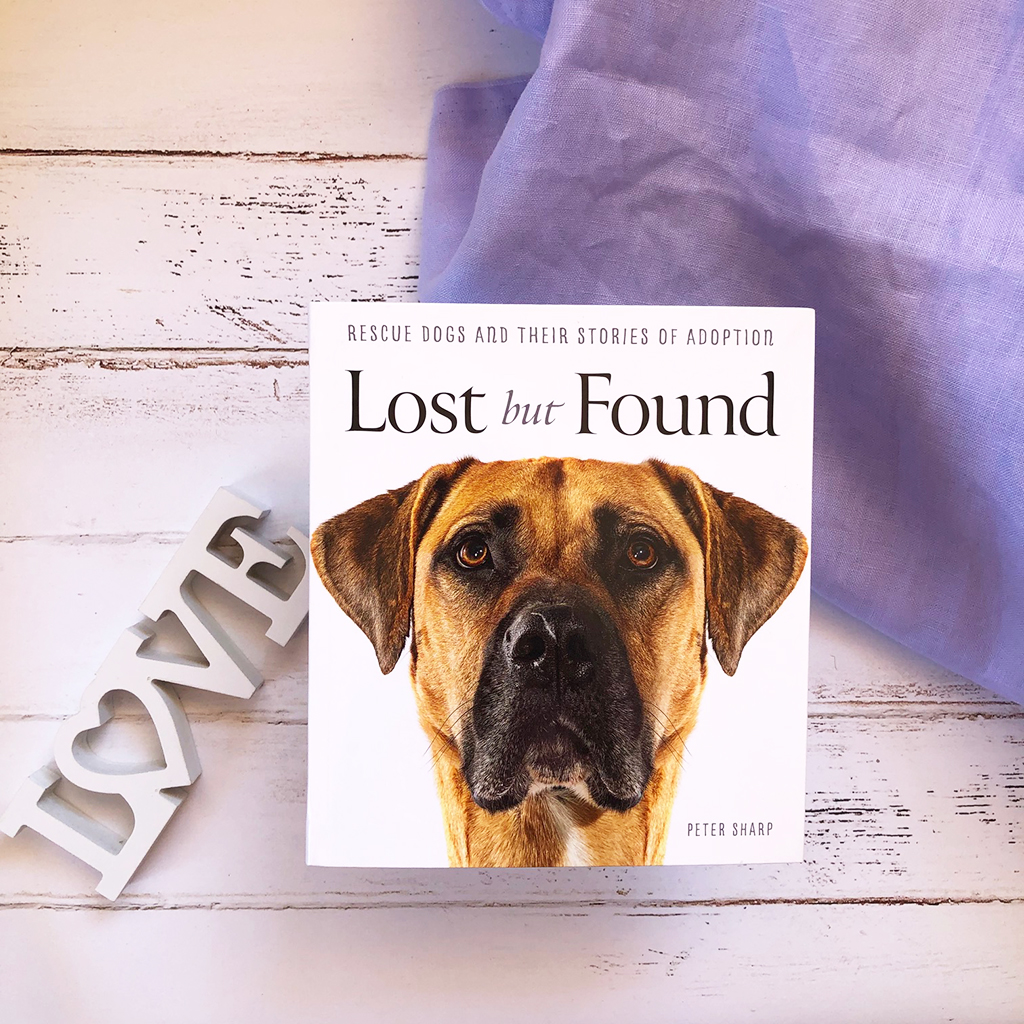 In Lost but Found, you will meet forty special dogs who have spent time at the Home. Their stories reveal how the dogs came to be lost, how and why they were in the shelter, and the love and care they received while there and in their new forever homes.

Fully illustrated and with both before- and after-adoption photography from award-winning pet photographer Peter Sharp of Tame & Wild Studio, this touching collection of precious pups will warm the hearts of animal lovers near and far.

All royalties from the sale of this book will be donated to Sydney Dogs & Cats Home.

Lost but Found by Peter Sharp is an incredible compilation of 40 dogs who have been lost then found thanks to Sydney Dogs and Cats Home.

This book is a gorgeous little package for readers — small, glossy and packed with stories of so many different types of dogs who have experienced different beginnings, and a resulting adoption.

Another day, another dog book that’s made me tear up on public transport.

This book sheds a light on the importance of finding the right dog for your family environment, and it encourages people to adopt rather than buy new puppies. There are so many dogs that need loving homes — of all ages — and they’re all worth a chance.

“Mimosa was picked up as a stray with no microchip or any other form of identification. A routine vet check revealed that this lovely girl had already birthed multiple litters of puppies and was no suffering from heart worm disease.”

The book features full-page, high-res images of each dog and most entries also feature some candids photos of the dog since being adopted by its new owner.

Most of these dogs had horrible starts. They were abandoned, left behind or found in terrible conditions in dense bushland. But the entries shy away from focusing too heavily on the dog’s earlier state, and instead spends more of the page real estate talking about their adoption.

Each dog’s present owner has written a first-person reflection on what it was like to adopt their dog, and it’s a really beautiful and tender addition to each entry.

“Dorothy had a serious case of demodectic mange and a terrible skin infection. She had lost almost her entire coat of fur and nearly every centimetre of her body was red raw, inflamed and covered in scabs, and there was a strong odour emanating from her infected skin. She was also extremely underweight.”

For those who are unfamiliar, the Sydney Dogs and Cats Home is Sydney’s only charity pound and community facility. The Home, which began in 1946, takes care of Sydney’s lost, abandoned and neglected pets. Each year, they help over 3000 animals and they service multiple council areas across Sydney.

The only thing I’d change about this book is that I’d suggest removing the interviews with the animals. I think children would be the main audience for these sections of the book, but I don’t see them picking up this kind of book. I think the main audience of Lost but Found are adult dog lovers, and adults who have adopted or rescued animals in the past. The interviews are sweet, but a little corny.

Recommended for dog lovers, and adults who have adopted or rescued dogs. A heartfelt and heartwarming compilation of really beautiful adoption stories.