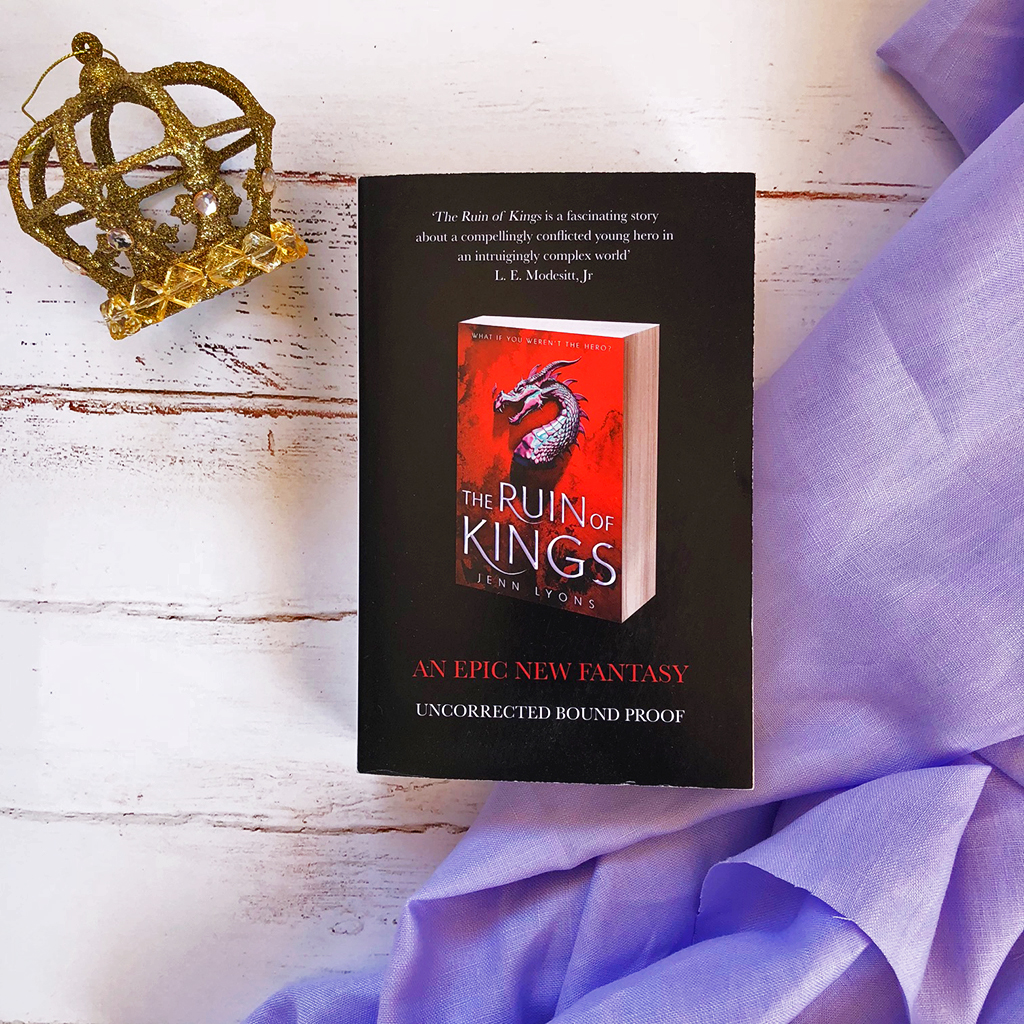 What if you weren’t the hero?

Kihrin grew up on tales of long-lost princes and grand quests – despite being raised in a brothel, making money as a musician and street thief. One day he overreaches by targeting an absent noble’s mansion, hunting for jewels. There he witnesses a prince performing a terrifying dark-magic ritual. Kihrin flees but he’s marked by a demon and his life will never be the same again.

That night also leads to him being claimed as a lost son of that prince’s royal house. But far from living the dream, Kihrin finds himself practically a prisoner, at the mercy of his new family’s power plays and ambitions. He must also discover why his murderous father finds Kihrin more valuable alive than dead. Soon Kihrin attempts to escape his relative’s dangerous schemes, but finds himself in far deeper waters.

He becomes tangled in a plot to kill the Emperor, rob the Imperial Vaults, claim a god-slaying sword and free bound demons to wreak havoc across the land. Kihrin also discovers the old tales lied about many things: dragons, demons, gods, prophecies, true love – and the hero always winning. But maybe Kihrin isn’t fated to save the empire. He’s destined to destroy it.

The Ruin of Kings by Jenn Lyons is the first book in a new epic fantasy series, following a musician and thief as he learns of his true heritage as royalty.

Each chapter in the novel switches between two POVs — the poor young Kihrin, and Talon, a monstrous mimic who has the ability to eat people’s brains and then impersonate them, mirroring their actions, personality, memories and physicality with ease. The dual parallel storylines allow for increased tension and fast-paced action, enticing the reader.

We meet Kihrin in a jail cell, awaiting his certain death. He is being guarded by Talon, and the two enter a conversation where Kihrin begins telling Talon his life story. Throughout Kihrin’s story, Talon interjects with their own memories and stories, and thus begins a truly incredible, fast-paced, break-neck story that fantasy readers will love.

“She didn’t look like a monster. Talon looked like a girl in her twenties with wheat-gold skin and soft brown hair. Most men would give their eye-teeth to spend an evening with someone so beautiful. Most men didn’t know of her talent for shaping her body into forms crafted from pure terror.”

The plot is enthralling, the prose is sharp, the dialogue is realistic and the character development is authentic and believable to the reader. The story moves steadily throughout the book, and whilst The Ruin of Kings is over 550 pages with very small text, my attention never wavered.

One of the biggest strengths in the book is the world-building — The Known World is filled with witches, demons, ghosts, sorcerers and just about every other mythical creature you can think of, and Jenn juggles all these creatures seamlessly and with ease.

The three-dimensional and fully-fledged setting is a balanced combination of history and mythology that gives the plot depth and makes the setting feel like a real world. The Known World will draw the reader in and keep them entertained.

“That stopped me cold. Khaemezra was right, of course. The necklace couldn’t be taken by force; it had to be freely given. I forced my hand away from the stone.”

The Ruin of Kings is a perfect example of the unreliable narrator. Kihrin’s tale is subjective, telling what he believes are the important details of the story while avoiding some pivotal moments that are only revealed later on. Talon twists the truth and sometimes it’ll be hundreds of pages later when we discover that she’s been lying the reader. This stylistic technique is not always executed well, but Jenn Lyons has done an impeccable job of weaving this technique into a captivating story line.

Small negative, but I found the genealogy in the story to be a bit overwhelming. A large cast of characters pass through the book and Jenn often mentions their lineage and other characters they may be related to. Often, this was a bit much to comprehend and it was easy to be confused, especially when secrets are revealed later in the book and you need to reassess what you believed you knew.

Additionally, some of the characters could’ve been fleshed out further because they felt a bit two-dimensional, but given this is the first book in a series, I imagine more development will be embedded in later down the track.

“I watched the battle going on under the waves. Even though the ship outpaced the original site of the whales and their attacker, I saw shapes moving in the water, sometimes jumping above it. Through it all, the long slithery tentacles slammed up above the waves to come crashing back down. The creature that owned those arms had to be enormous.”

A fantastic first novel in a new series. The Ruin of Kings sets up events for an equally impressive sequel, with surprising twists and events at the end of the book. Pacing and tension is heightened as we get closer to the end of the book, and the actual ending is climactic and seductive.