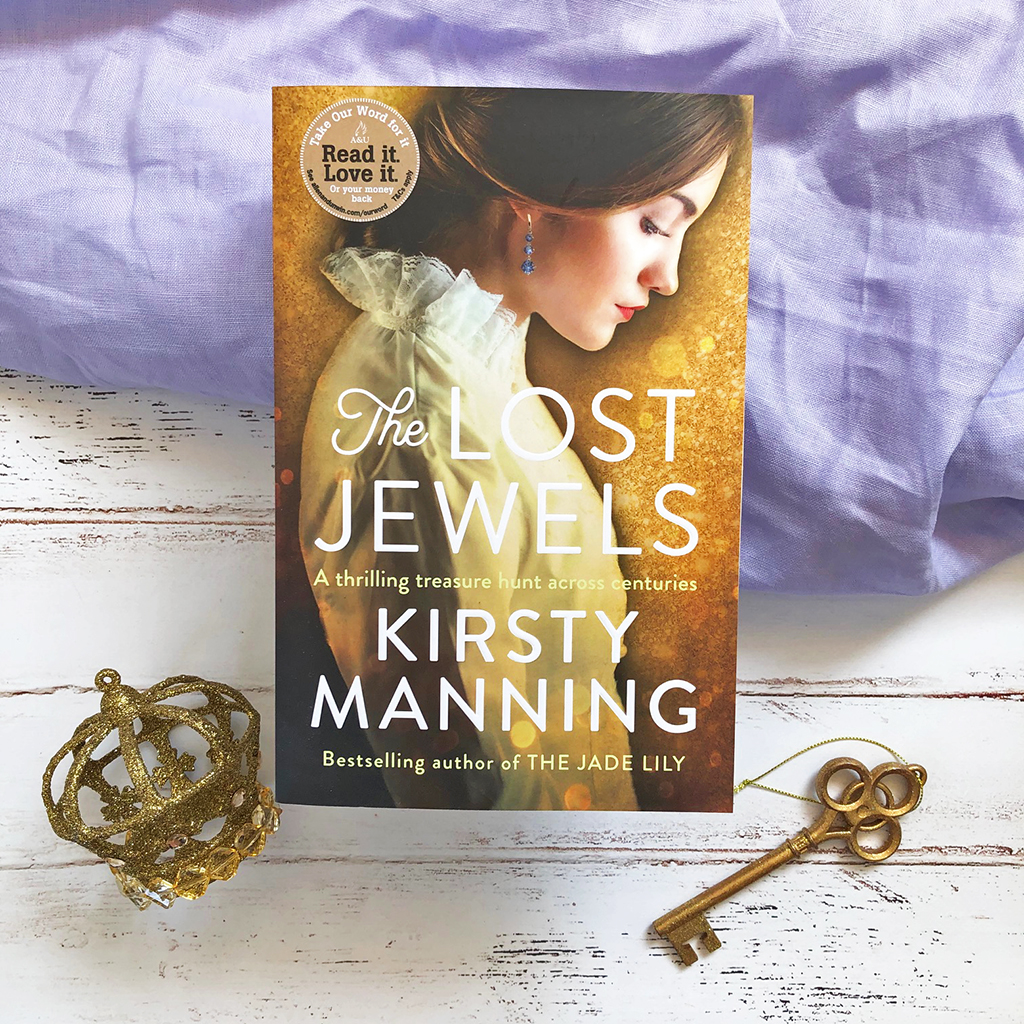 In the summer of 1912, a workman’s pickaxe strikes through the floor of an old tenement house in Cheapside, London, uncovering a cache of unimaginably valuable treasure that quickly disappears again.

Present day. When respected jewellery historian, Kate Kirby, receives a call about the Cheapside jewels, she knows she’s on the brink of the experience of a lifetime.

As Kate peels back layers of concealment and deception, she is forced to explore long-buried secrets concerning Essie, her great-grandmother, and her life in Edwardian London. Soon, Kate’s past and present threaten to collide and the truths about her family lie waiting to be revealed.

Inspired by a true story, Kirsty Manning’s The Lost Jewels is a historical fiction novel that weaves a charming, fascinating tale about London’s Cheapside Hoard — one of the most famous and most mysterious collection of jewels in the world, dug up in 1912 with very little information about the jewels’ origins.

Structurally, The Lost Jewels resembles most historical fiction. The POV switches between past and present. In 1912 London, we meet the loyal, compassionate, devoted daughter and sister Esther Murphy. She cares for her siblings because their mother is in no sober state to manage the household. They’re poor, but they love each other and Esther does all that she can for her siblings. Without meaning to, Esther and her brother are swept up in an extraordinary discovery of jewels found beneath a London street.

In present day, respected American historian Dr Kate Murphy investigates the Cheapside Jewels and slowly finds out more about the history of the collection.

For a small amount of time, we’re also transported back to the early 1600s in India, Persia and London to find out more about the origin of the jewellery collection and how these jewels ended up abandoned beneath the London ground.

“The jewels were discovered the same day Essie Murphy fell in love. She had her brother to thank for both, of course — though in the years to come she’d often wonder which one came first. A buried bucket of jewels. A man with emerald eyes.”

The Lost Jewels explores themes of family, obligation and expectations, but also love, desire, sacrifice and betrayal. A lot is expected of Essie Murphy, and she places an incredible amount of pressure on herself to keep her family afloat. She adores her brother and her sisters — she’s a multi-layered protagonist. She’s caring and considerate, but she’s also a little naive and too trusting. She always sees the best in people, and sometimes she puts her faith in other people too quickly.

Esther and Kate have very distinct voices. Kate is intelligent, headstrong and confident. Like Esther, she’s a romantic, but she’s experienced hardship in her life. She’s going through a divorce and hasn’t been able to emotionally recover from the death of her child. On her journey to uncover the truth about the Cheapside Hoard, Kate meets photographer Marcus and her life changes in more ways than one.

“The diamond was table-cut and clear. Kate used her eyepiece to scan the stone for variations. Flaws. Nowadays a diamond could be filled and baked, then sent off for certification that they were perfect; the rough would be brilliant-cut to throw sparkle around the room.”

Engrossing, captivating and compelling, The Lost Jewels is a tale that travels. Kate ventures from London to India, Sri Lanka and Paris to uncover the secret histories of these jewels.

Kirsty captures the locations with incredible description and vivid imagery. In a way, the settings felt like characters themselves because Kirsty had woven them into the story with incredible significance.

It’s clear how much research went into the writing of this book, not just in capturing the settings but in bringing to life the jewels and the characterisation of Kate. Every time jewellery is described or studied, the prose is evocative. The sentences paint such a gorgeous picture of the jewels, drawing the reader in and helping them imagine what our characters are seeing.

Kate is incredibly knowledgable about jewellery — she’s considered to be one of the best historians. She’s wise and intelligent, but she also learns quick. I can’t begin to imagine the time it took for Kirsty to research what was required for not only Kate’s character, but the entire premise of the novel.

“The button was a double-layered flower: a rose fashioned from gold, with just the faintest traces of blue and white paint. At the centre of the flower and dotted along the petals were blue, red and white stones. Were they precious stones, or coloured paste? Each of the inner circles also had gold indents, as if there was more to come.”

A modern day treasure hunt, The Lost Jewels is for fans of historical fiction, romance and sweeping sagas that investigate inter-generational secrets. The readership for this novel skews female.