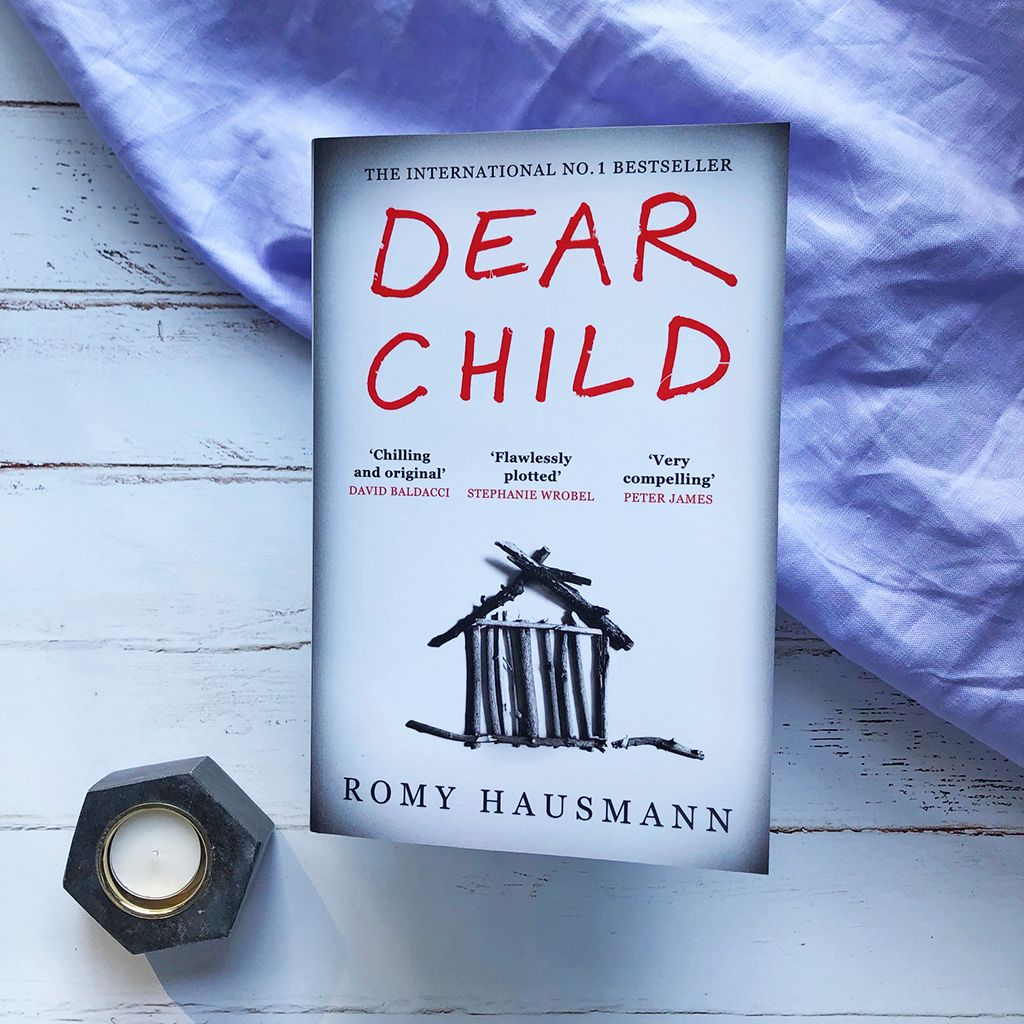 A windowless shack in the woods. Lena’s life and that of her two children follows the rules set by their captor, the father: Meals, bathroom visits, study time are strictly scheduled and meticulously observed. He protects his family from the dangers lurking in the outside world and makes sure that his children will always have a mother to look after them.

One day Lena manages to flee – but the nightmare continues. It seems as if her tormentor wants to get back what belongs to him. And then there is the question whether she really is the woman called ‘Lena’, who disappeared without a trace 14 years ago. The police and Lena’s family are all desperately trying to piece together a puzzle which doesn’t quite seem to fit.

Dear Child by Romy Hausmann is a psychological thriller novel about a young woman whose been missing for fourteen years, and the discovery of a remote cabin and two young children.

A woman who has been held captive manages to escape with one of her children — is she the mysterious Lena who has been missing for fourteen years?

This is psychological thriller at its best. The premise is gripping, the pacing consistent, and the tension heightens as we move through the book. It’s a chilling story I found myself desperate to finish.

“It was a Thursday in May when I vanished from the world. Alice was pushed down the rabbit hole, tumbled head over heels and was knocked out when she hit the bottom. I reckon he must have injected me with an anaesthetic before whisking me off to the cabin.”

An unsettling story, the novel feels very similar to Room; we come to understand what life has been like for Lena in the cabin, closed off from the outside world and forced to bear the children of her captor.

Stylistically, the book moves between past and present, and also switches first person POV between a couple of different characters. Lena/Jasmine are the strongest voices, whilst Matthias — Lena’s father — is the weakest.

Admittedly, Matthias feels like a stereotypical cardboard cut-out character, an unlikeable, bitter man whose anger weighs down the book and makes the reader feel anchored to his world. He’s sad and lonely, and he misses his daughter, but he’s also pretty insufferable. He’s irrational and over the top, over dramatic, and his actions annoy the reader more than anything.

“I give a start. There is a loud ringing, which for a moment goes unnoticed by the others. Then Cham, who seems lost in thought, gives a slight start too, and his notebook and pen slip from his lap to the floor.”

Some chapters are written from Hannah’s POV — the young girl found with Lena — and these sections of the book are particularly strong. She’s a thirteen year old girl with Asperger’s and her brain is filled with facts and information that she likes to recite whenever the moment feels right.

She’s insightful and interesting, but she also drops pieces of information to keep the reader guessing. Her voice feels very unique and at times chilling, like the reader isn’t quite sure whether to believe what she’s saying. Sometimes young voices can be a hindrance but she was a great asset to the story.

Admittedly, the pacing was only consistent for a certain portion of the novel. The climax of the novel felt incredibly rushed and at times confusing — I had to reread the ending twice just to make sure I got all the information right. Perhaps the climax should’ve been brought forward a bit, or perhaps slowed down, to allow for a more natural conclusion.

There’s one point at the end where the villain just stands and explains everything that’s happened — this giant info dump — and it feels a bit like cheating to do that. It didn’t feel very realistic.

Recommended for mystery and thriller readers. 14+