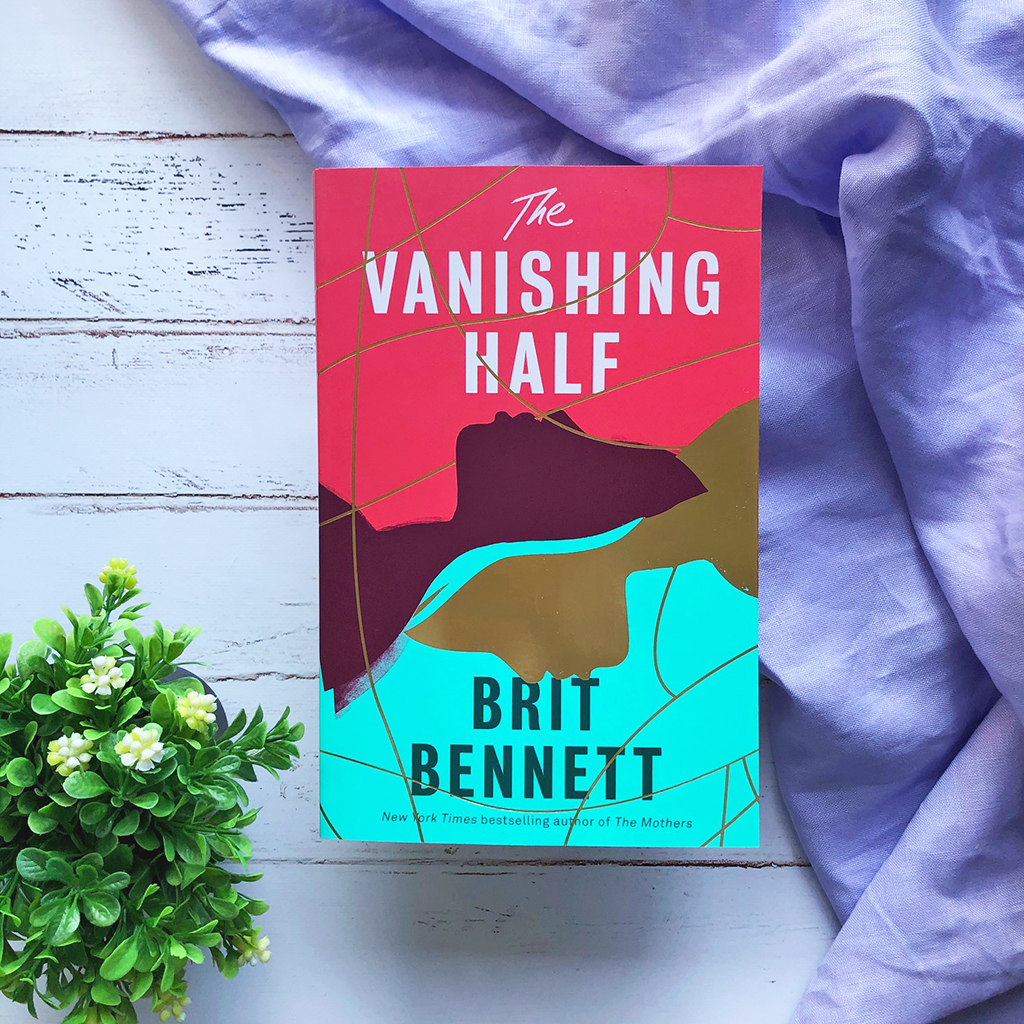 The Vignes twin sisters will always be identical. But after growing up together in a small, southern black community and running away at age sixteen, it’s not just the shape of their daily lives that is different as adults, it’s everything: their families, their communities, their racial identities.

Ten years later, one sister lives with her black daughter in the same southern town she once tried to escape. The other secretly passes for white, and her white husband knows nothing of her past. Still, even separated by so many miles and just as many lies, the fates of the twins remain intertwined. What will happen to the next generation, when their own daughters’ story lines intersect?

From author Brit Bennett comes The Vanishing Half, another powerful, epic novel that weaves multiple strands and generations of one family, spanning the Deep South of the United States to California and New York, and set between the 1950s to the 1990s.

In The Vanishing Half, we meet identical twin sisters Stella and Desiree, who grow up in the small town of Mallard, Louisiana — it’s inhabited by people who strive to marry lighter. When they’re sixteen, the twins stage their runaway and settle into a new life in New Orleans. However, Stella soon disappears to lead her own life and the book documents how their lives progress over the next couple of decades.

The Vanishing Half explores identity, and the impact of decisions and choices, and how childhoods and adolescent years have a lasting influence on how a person shapes the rest of their life. While Stella and Desiree both came from the same family and the same small town, the stark contrast between their adult lives — Desiree is a single mother running from an abusive husband, and Stella is trying to pass as a white woman in an affluent, all-white LA neighbourhood — illustrate how differently they regard their origins.

“Leaving Mallard was Desiree’s idea but staying in New Orleans was Stella’s, and for years, Desiree would puzzle over why. When the twins first arrived in the city, they found work together in the mangle room at Dixie Laundry, folding sheets and pillowcases for two dollars a day.”

The writing is exquisite — poetic and lyrical, and so incredible I felt absorbed in the story from beginning to end. Brit has a way of weaving sentences together; they’re paired back and they hit the reader straight, but they also evoke incredible imagery and emotion.

The novel weaves between past and present incredibly well, inviting the reader into Desiree and Stella’s childhoods to explain why they left, where they went, and how they separated. The Vanishing Half does span decades, allowing us to meet the girls’ children. Desiree returns home to Mallard with her eight-year-old daughter Jude, and a decade later, Jude is pursuing a career as an athlete when she meets Kennedy — Stella’s daughter, an aspiring actress.

“She felt pathetic, drinking alone in the middle of the day, but what else could she do? She needed a job. Money. A plan. But those children staring at her daughter. The deputy dismissing her. Sam gripping her throat. She waved over Lorna again, wanting to forget it all.”

The Vanishing Half features a cast of characters who are all fleeing in search of a better life. There’s Desiree and Stella, and their children Jude and Kennedy. Additionally, Jude meets and falls in love with a trans man called Reese, who has run away from his unsupportive family.

Brit draws parallels between many of the characters.

Stella and Desiree’s plights are noticeably reminiscent in their children’s lives. Jude leaves Mallard to pursue bigger dreams, much like her mother, and Kennedy spends a lot of time trying to better understand her mother and her origins — Stella is incredibly closed off, and reluctant to share information on her childhood.

The Vanishing Half is a crisp examination of racism in 1950s-1980s America. Stella’s decision to “pass” as white allows her to forge a comfortable, safe existence with considerable wealth. Stella’s life improves after she casts her family aside and starts pretending to be a white woman, but Desiree — who marries a black man and gives birth to a “blueback” baby — goes through incredible torment and pain before fleeing back to Mallard to live with her mother again.

“The landlady grew silent after that, then said she had to go. A coloured man asking after a white woman — she’d already said too much. But not enough for Early, who hadn’t even found a forwarding address.”

Rich and riveting, The Vanishing Half will have you enraptured and mesmerised. Recommended for all readers, particularly fans of literary fiction and stories that sweep across generations of family.