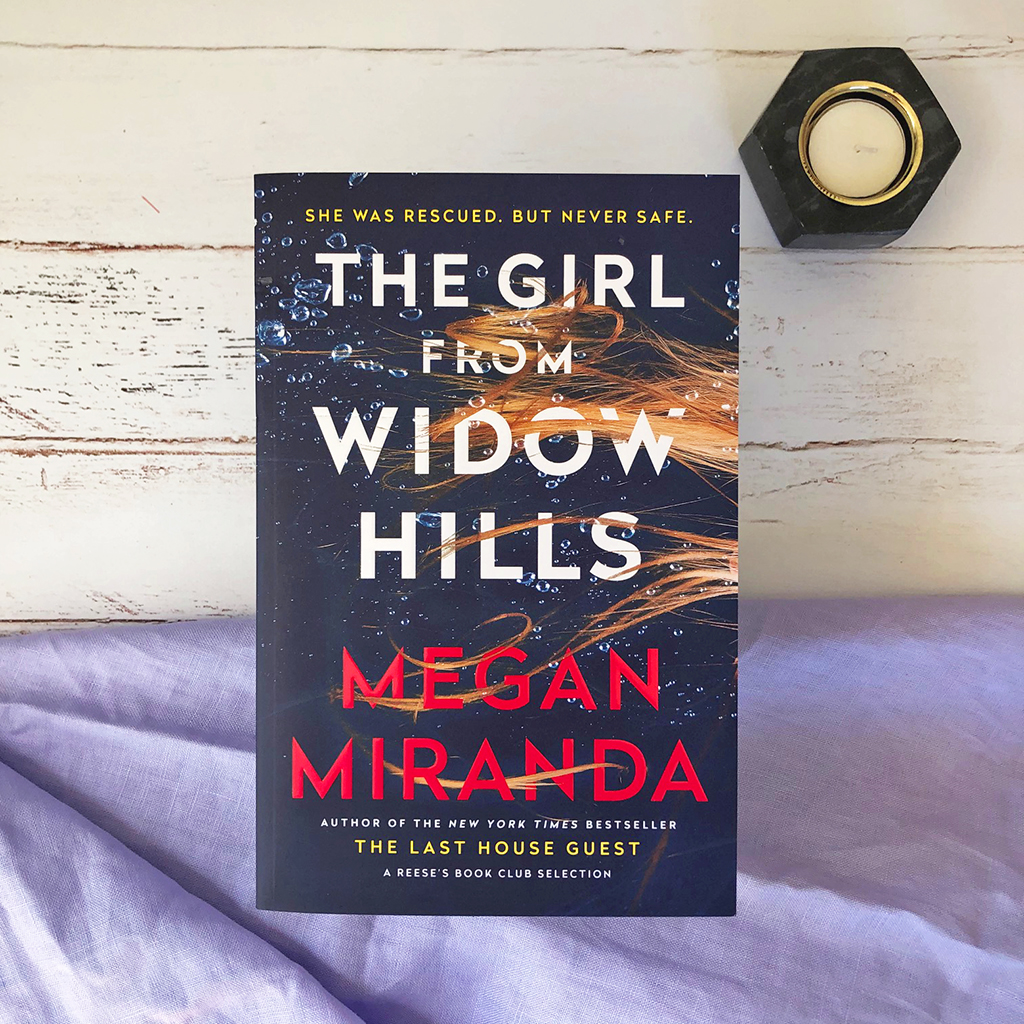 Everyone knows the story of the girl from Widow Hills.

When Arden Mayes was six years old, she was swept away in terrifying storm and went missing for days. Against all odds, she was found alive, clinging to a storm drain. A living miracle. Arden’s mother wrote a book, and fame followed. But so did fans, creeps and stalkers. It was all too much, and as soon as she was old enough, Arden changed her name and left Widow Hills behind.

Now, a young woman living hundreds of miles away, Arden is known as Olivia. With the twentieth anniversary of her rescue looming, media interest in the girl who survived is increasing. Where is she now? The stress brings back the night terrors of Olivia’s youth. Often, she finds herself out of bed in the middle of the night, sometimes outside her home, even streets away. Then one evening she jolts awake in her yard, with the corpse of a man at her feet.

The girl from Widow Hills is about to become the centre of the story, once again.

Megan Miranda’s The Girl from Widow Hills is a fast-paced psychological thriller about a young woman forced to face her traumatic but mysterious past when a dead body is discovered on her property.

At 6 years old, Arden Maynor got caught in a flash flood whilst sleepwalking. She miraculously survived in a storm drain for three days and was found clinging to a grate. Fame followed her for years and so when she got older, she changed her name to Olivia Wells and moved to rural North Carolina.

Now 26 and a hospital administrator, Olivia works hard to keep her past hidden. Until that body ends up outside her house and she’s thrust back into the spotlight once again, the media circus returning to her front door.

“I was too young to really remember, and too much time had passed anyway, the trauma buried under so many layers that it existed only in the psychological reactions: the flutter of my pulse as the doors slid shut in an elevator; a ringing in my ears in the darkness of a movie theatre before the first trailer kicked in…”

A lot of this book explores unprocessed trauma — memory loss, murky childhood events, and the unreliability of Olivia’s mind. The Girl from Widow Hills also explores the media’s obsession with these survival stories, people who escape the inescapable. And then the media feel they’re owed updates in the years to follow. They don’t always care for the life that person is trying to lead, away from the limelight.

The writing is sleek and effecting. Narrative devices propel the story forward, red herrings keep you guessing, and the carefully woven twists and turns keep you enthralled. The cast is large enough that there’s room to suspect just about anyone of anything, and there’s enough mystery to keep the readers guessing.

The book is scattered with additional narrative elements that help carve a bigger picture surrounding Olivia’s childhood, such as newspaper articles, interview transcripts, police reports, and publicity coverage. Slowly, we’re able to piece together what happened to Olivia as a child, and how that connects to the dead body she found on her boundary line.

“There was a visceral reaction to speaking about the past. Something I’d long gone out of the way to contain. A shaking that started in my fingers, a tremor that worked its way through my body, though no one seemed to notice but me. The precursor to panic; something that seized my mind and body alike.”

Truthfully, I think there’s a bit of disconnect between the reader and Olivia. You spend so much of the book trying to understand her past, and her memories from when she was six, that I don’t feel like you really get to connect with her as an adult. Olivia comes across as distant — a little stiff and boring. You never really feel a huge range of emotions coming from Olivia, it’s mainly an observant kind of POV, assessing the events around her. Readers will follow along for the mystery, not for the characters.

“Everyone tried to act normal when I arrived at the hospital. Faces that were either too friendly, or people who averted their gaze entirely, pretending to be absorbed in their phones. I had found a dead body outside my house, and everyone knew it.”

Admittedly, the ending is a little far-fetched and rushed but by then you’re so seduced by the story, you don’t really care.

Recommended for fans of thrillers, crime and psychological suspense novels.