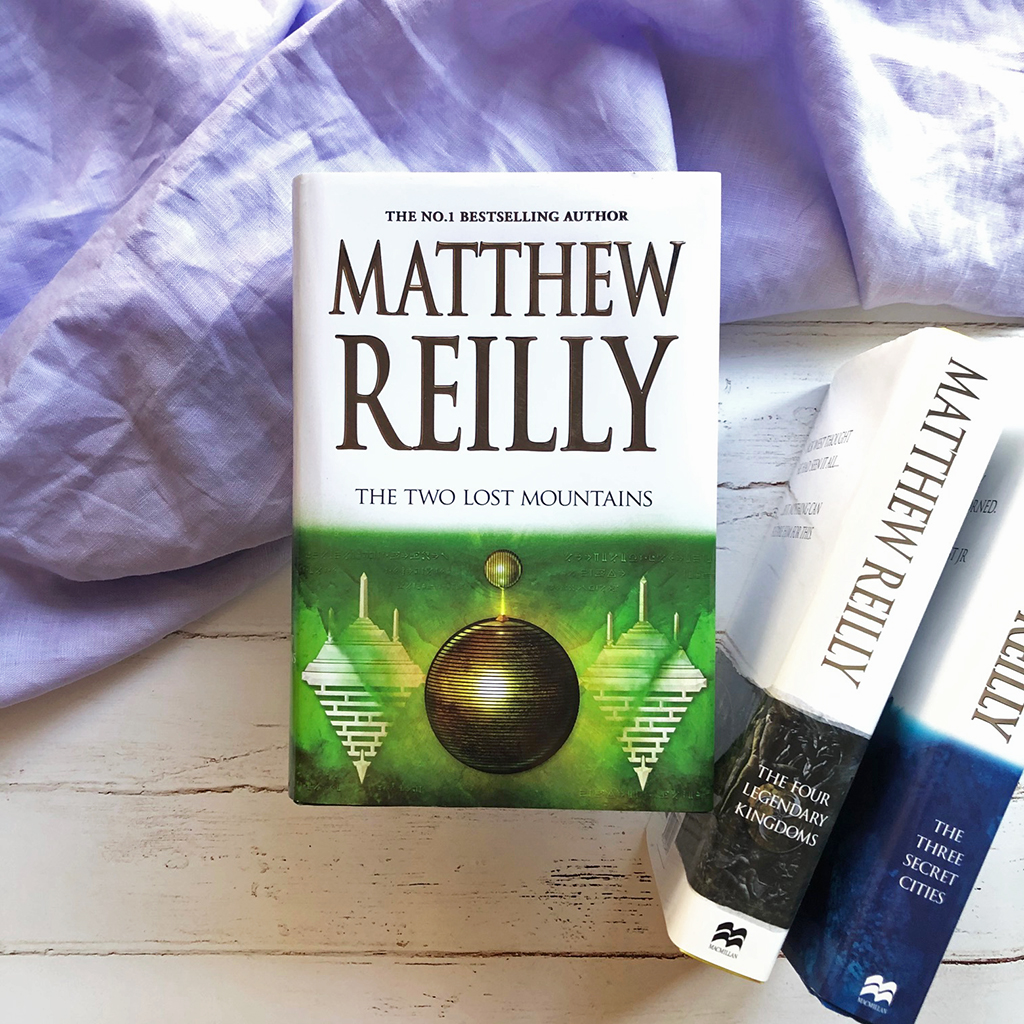 Against all the odds, Jack West Jr found the Three Secret Cities but at a heartbreaking cost. His beloved daughter Lily, it appeared, was slaughtered by Sphinx in a cruel ancient ritual.

With his rivals far ahead of him, Jack must now get to one of the five iron mountains – two of which have never been found – and perform a mysterious feat known only as ‘The Fall’.

Although what is this object on the moon that is connected to it?

Amid all this, Jack will discover that a new player has entered the race, a general so feared by the four legendary kingdoms they had him locked away in their deepest dungeon.

Matthew Reilly’s The Two Lost Mountains is the sixth and second-last novel in the Jack West series, a rollicking, fast-paced, energised adventure series for adults.

In The Two Lost Mountains, the penultimate book in the series, Captain Jack West undertakes tasks and quests to hunt the labyrinth. Additionally, when the villain Sphinx steals the Siren bells that have disastrous effect on locals, Jack West races against the clock to defeat an unstoppable enemy force.

This latest installment will please loyal fans of the series. You’ll once again meet the familiar cast of characters you’ve come to love in the previous five books, and once again Matthew Reilly has thrust them into a high-intensity environment that tests their resolve.

“Jack wanted to retrieve some ancient texts and files he kept in a bio-secure vault there. In particular, he was after a collection of documents related to his very first mission with Lily, the one involving the Great Pyramid at Giza and the Seven Wonders of the Ancient World.”

Readers will find themselves enthralled by the well-researched, rich history of the story, as well as the unpredictable twists on ancient mythology.

Stylistically, the plot maintains the interest of the reader. The dialogue is consistently realistic and relatable, the surprises unforeseen, and with each passing chapter the reader will find themselves enraptured by the storytelling.

“Moving quickly by the light of a small flashlight, he wended his way down several dark passageways, moving ever deeper into the ancient prison until at last he came to the innermost dungeon of the whole ghastly place.”

Admittedly, the pacing in The Two Lost Mountains could’ve benefited from being slower at times. A lot of scenes are truncated and punchy, and everything races along so fast that there’s not always enough description or details. You don’t always need this, but the novel would’ve helped to have a bit more of this embedded within.

“Lily saw the reactions immediately. A garbage truck beneath her veered off the road and slammed into a building. Cars collided on the ring road. The buses on the boulevards crashed into light poles, traffic lights and shopfronts. Lily watched in helpless horror.”

Fans of this series will be satisfied with the last installment. Now all we have to do is wait for the final one.