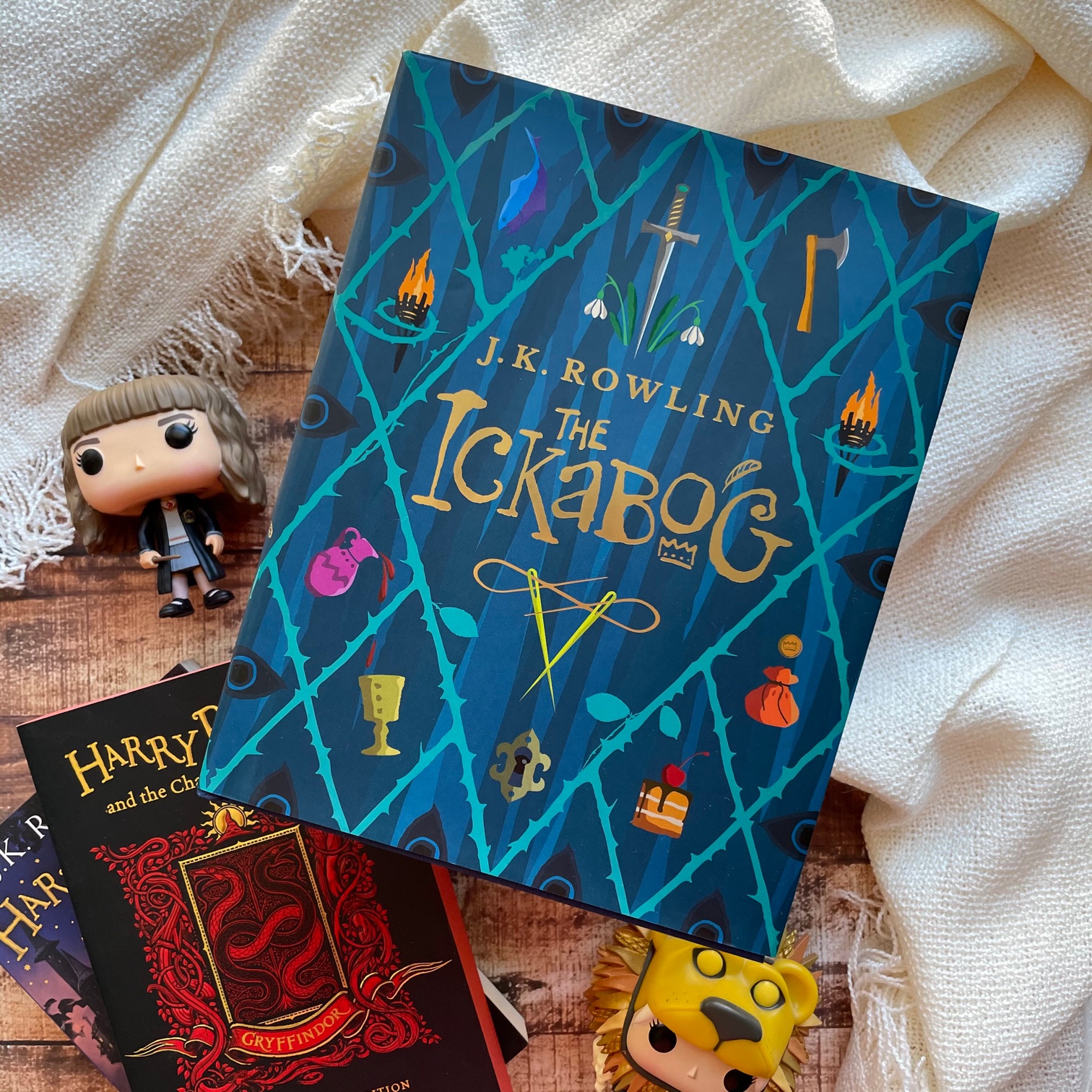 The Ickabog is coming… A mythical monster, a kingdom in peril, an adventure that will test two children’s bravery to the limit. Discover a brilliantly original fairy tale about the power of hope and friendship to triumph against all odds, from one of the world’s best storytellers.

The kingdom of Cornucopia was once the happiest in the world. It had plenty of gold, a king with the finest moustaches you could possibly imagine, and butchers, bakers and cheesemongers whose exquisite foods made a person dance with delight when they ate them.

Everything was perfect – except for the misty Marshlands to the north which, according to legend, were home to the monstrous Ickabog. Anyone sensible knew that the Ickabog was just a myth, to scare children into behaving. But the funny thing about myths is that sometimes they take on a life of their own.

Could a myth unseat a beloved king? Could a myth bring a once happy country to its knees? Could a myth thrust two children into an adventure they didn’t ask for and never expected?

If you’re feeling brave, step into the pages of this book to find out…

An instant classic, J.K Rowling’s The Ickabog is a magical fairytale that will seduce young readers and keep them entertained this holiday period. The book is packaged beautifully — a gorgeous dust jacket hardcover and gold embossing, with vibrant, vivid illustrations and thick sleek paper inside. This is a cherished item for all readers’ bookshelves.

Admittedly, the story does delve into dark themes and plot points. It may start off light and easy — a foolish king, a mythical and fearsome creature that is rumoured to eat humans — but soon there’s betrayal, evil plots, countless murders and imprisonment. This shouldn’t deter young readers though. The story is fun and witty, enticing. The characters are all unique and readers young and old will be curious to follow the journey.

“Nobody would ever again say that he was selfish, vain, and cruel! For the sake of a smelly, simple old shepherd and his worthless old mongrel, he, King Fred the Fearless, was going to hunt the Ickabog!”

It wouldn’t be a children’s novel without some important messages woven into the story — lies can spiral out of control and are not worth the pain they inflict, lost loved ones are never truly gone and will always hold a place in your heart, and it’s important to trust your own instincts. It’s also a story about the importance of standing up against cruelty, greed and dictatorship, an conquering your fears.

Stylistically, J.K Rowling employs a couple of techniques to really invite the reader into the story. Firstly, she trickles in foresight about the future — she gives us an indication into whether the current events will have disastrous consequences, or perhaps fate is on a character’s side and things are about to improve.

Secondly, she breaks the fourth wall at times and talks directly to the reader, taking us on a tangent storyline but letting us know she’ll return to the original plot in a mere moment. These techniques make the reader feel like they’ve been let in on a secret — they’ve been welcomed into this world.

“We now return to Chouxville, where some important things are about to happen…What Bert didn’t realise was that the arrival of that mail coach was going to have some very important consequences, which would send him on a dangerous adventure. Let’s allow Bert to walk on without us for a moment or two, so I can tell you about the coach.”

A rather sweet and unique addition to the book, J.K Rowling has selected drawings from children all over the world and included them intermittently throughout the novel to add a bit more light to the story.

One slight flaw I had with the book – there are a lot of characters, especially within the first few chapters. I found myself getting quite confused with who they all were, and perhaps children might? Some re-reading may be necessary to initially grasp the story and the setting.

“When King Fred woke next morning and was informed that his Chief Advisor had retired at this critical moment in the country’s history, he was furious. It came as a great relief to know that Lord Spittleworth would be taking over, because Fred knew that Spittleworth understood the grave danger facing the kingdom.”