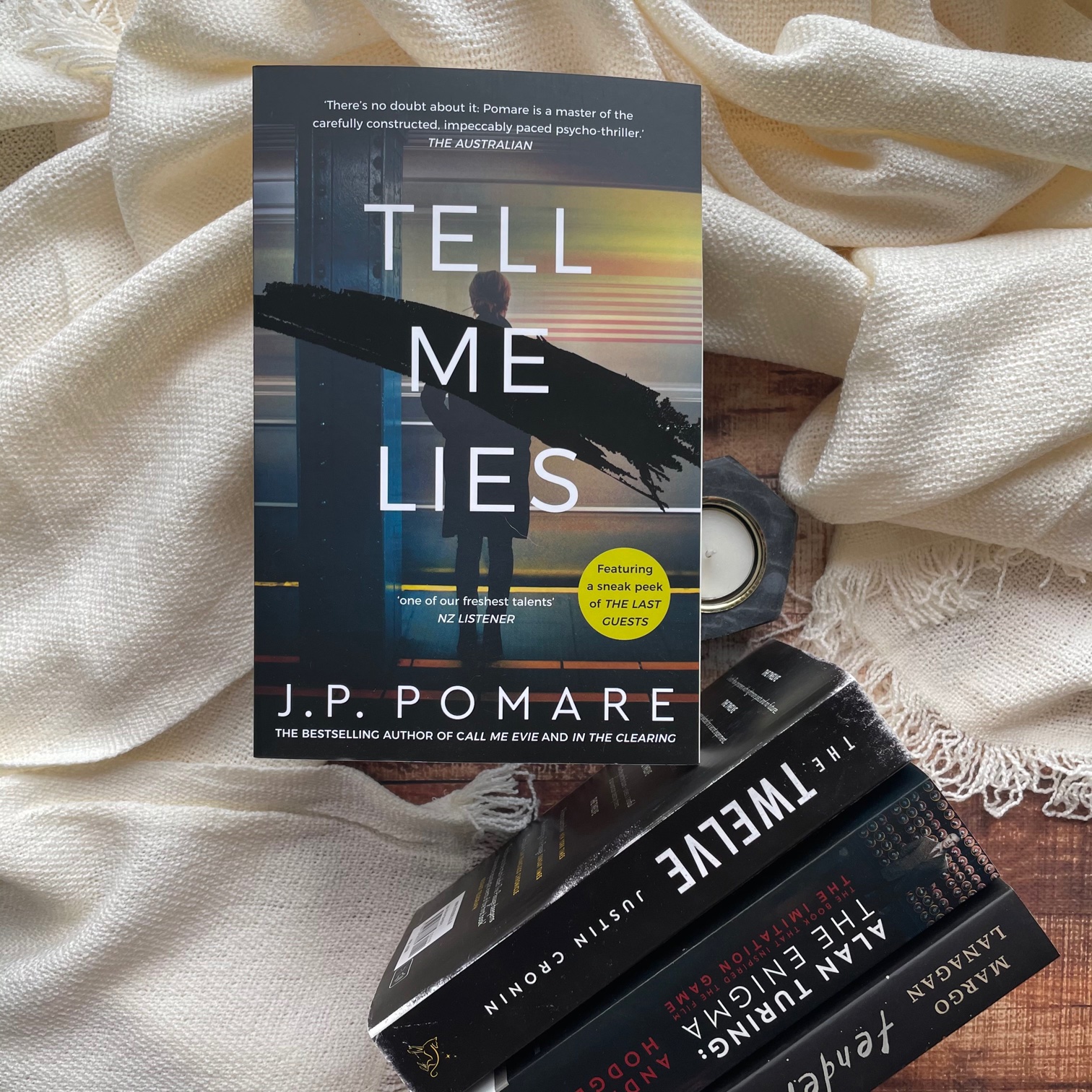 Psychologist Margot Scott has a picture-perfect life: a nice house in the suburbs, a husband, two children and a successful career.

On a warm spring morning Margot approaches one of her clients on a busy train platform. He is looking down at his phone, with his duffel bag in hand as the train approaches. That’s when she slams into his back and he falls in front of the train.

Margot’s clients all lie to her, but one lie cost her family and freedom.

J.P Pomare’s Tell Me Lies is a fast-paced, high-intensity psychological thriller about a seemingly perfect psychologist, her shameful secret, and the client determined to ruin her life and expose her.

The story begins when someone deliberately sets fire to Margot’s house — what ensues is a series of deliberate attempts to unravel her life. The prose and dialogue is sleek and enticing, drawing the reader in with flawed characters, delectable mysteries and cloaked pasts, all bubbling to the surface.

The real strength of the story is plot, as it should be when writing in this genre. Readers will find themselves ripping through the chapters with eagerness, desperate to find out more. What is Margot hiding? What are her client’s hiding? With each new clue and twist in the story, the stakes rise higher and higher, threatening everything Margot has worked so hard to build.

“We’re all on the curb, one officer is talking to me, another is talking to Gabe. The children are nearby but they’ve separated us to gather statements. The window to my home office was smashed and fire fighters, I’m certain, will confirm the blaze started there. Someone threw something through the window and it set the house on fire.”

Tell Me Lies plays with structure to engage the reader. In the prologue, Margot approaches one of her clients on a Melbourne train station platform — we don’t know which client — where she deliberately pushes him onto the track, instantly killing him. Then, we’re thrust back one month to the start of the story.

Interwoven throughout the novel are media reports and interview transcripts between an unnamed prosecutor and Detective Simms, the man investigating the fire that destroyed Margot’s home. These structural elements are commonly found in thrillers and crime novels, but are a useful tactic. We’re able to find out important events within a short space of time, and interview transcripts allow us to get a glimpse into the future — we get a brief moment to try and uncover where our protagonist might end up.

“A knot appeared at his jaw, I could see a decision being made. Sparks of metal on metal behind his eyes as two opposing ideas clashed: he knew he couldn’t just wait it out, but he also knew he couldn’t risk me or anyone else getting hurt.”

Margot is an unstable character, that much is easy to spot from the outset. She’s intelligent and determined, but she’s also easily deceived. She thinks she’s sly — like sitting in a coffee shop for hours and thinking the barista won’t notice her — but she’s actually a little hopeless. She pesters the detective with her theories, to the point where she comes across as paranoid (even if her theories are right).

When she crosses ethical lines in her job, which happens a few times throughout the novel, she comes across as unlikeable, which I think might taint some readers’ opinions of her. She does get lost a little in the novel — we’re thrust into such a heavy plot, I never really felt like I grew to understand Margot. She felt a little underdeveloped for me, which made the twist at the end of the novel less impactful than perhaps intended.

“I’m engrossed, his story has taken me away from my own problems. Childhood trauma shapes so much of our adult biases; it forms the people we become. Cormac is reckless but brilliant. He’s resentful of wealth and the powers that be. I’m seeing a pattern emerging.”

Recommended for fans of crime, thriller and mystery novels. A great gift for a relative, that person in your family who rarely reads, but perhaps will read on holiday. A safe bet.