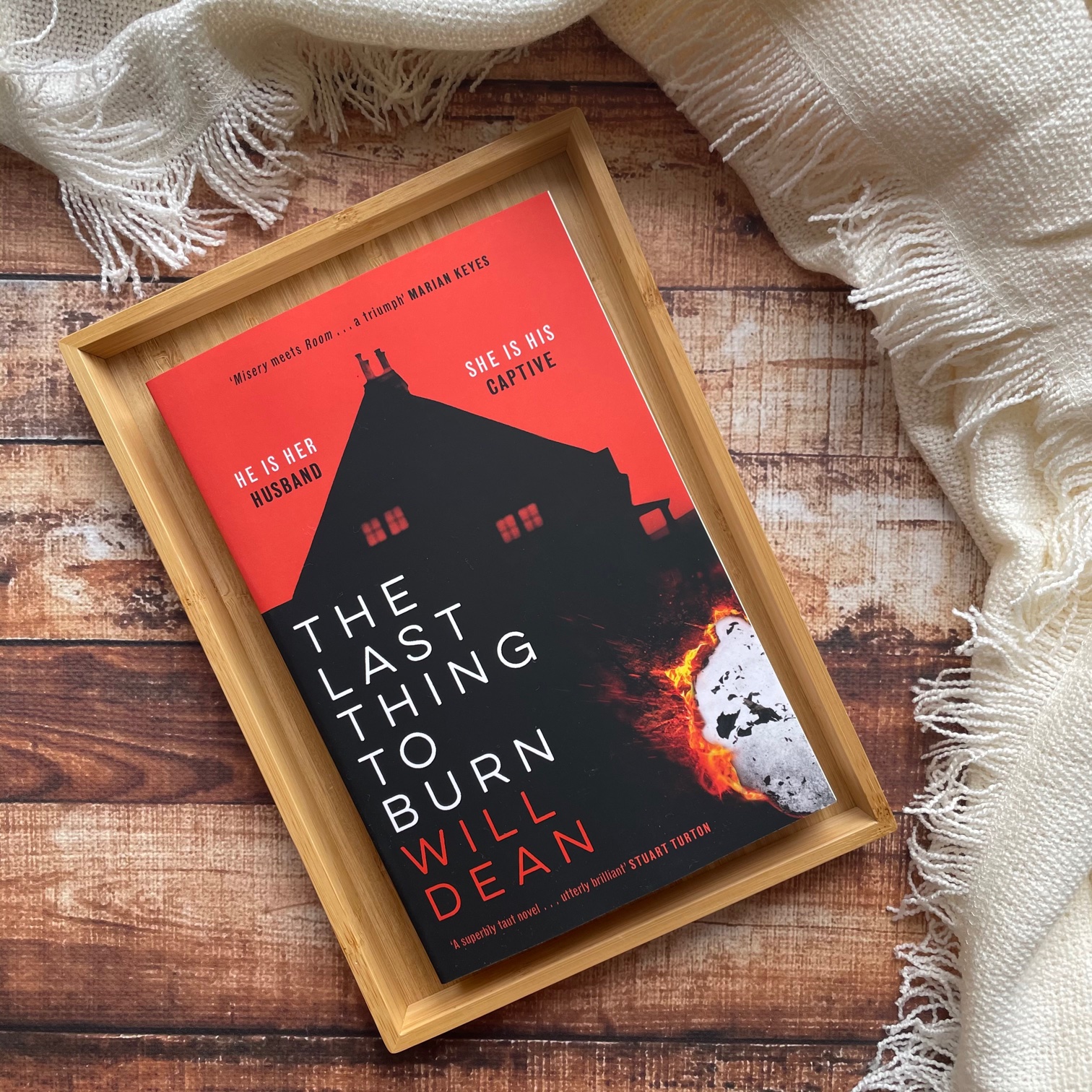 He is her husband. She is his captive.
Her husband calls her Jane. That is not her name.

She lives in a small farm cottage, surrounded by vast, open fields. Everywhere she looks, there is space. But she is trapped. No one knows how she got to the UK: no one knows she is there. Visitors rarely come to the farm; if they do, she is never seen.

Her husband records her every movement during the day. If he doesn’t like what he sees, she is punished.

For a long time, escape seemed impossible. But now, something has changed. She has a reason to live and a reason to fight. Now, she is watching him, and waiting …

The perfect thriller to devour this Summer, Will Dean’s The Last Thing to Burn follows a kidnapped woman and her desperate plea to save herself, her baby, and her captor’s latest victim. The novel charges forward at a roaring pace, exploring the evils of human trafficking.

Set in rural United Kingdom on an isolated pig-farm, the novel clocks in at just under 250 pages and is hard to put down once you’ve started. Will Dean does a masterful job of keeping tension bubbling under the surface, filling the reader with dread. Like the main character, a trafficked Vietnamese woman, we can sense how much control her ‘husband’ has over her, the danger she’s in.

The mental image of her mangled, broken angle and how it sits at 90 degrees will haunt me for some time. This injury is enough to know why she’s still there — why she can’t run. It’s enough to realise the danger her captor poses, the damage he could still do. I found myself pulling my feet close to me whenever I was reading, my anxiety growing.

“I want more pills to dull my life, but then I’ll never get out of this place and he’ll do whatever he wants. Whenever he wants. It’s a horrific balance. Numb enough to carry on but not too numb that I lose control.”

At the beginning of the novel, we come to understand that with each indiscretion that the main character commits, she has to choose one personal item to be destroyed. When we meet her in chapter one, attempting to escape her prison, she does not have many personal items left. She is down to the final few cherished items, and departing with any of them strips her of her identity, forcing her into a depressive state.

Dialogue is lean in the book, which I’m sure is a deliberate structural technique. Without too much dialogue, Will is able to establish this incredibly tense, moody setting — claustrophobic — and we’re forced to deduce elements of this woman’s story without her explicitly telling us. And for her captor, the less he says, the more terrifying he is because you don’t know what he’s thinking.

“I drink a sip of water and try to stand. My ankle has the colour and ripeness of some long-forgotten soft fruit. It feels less cohesive than usual after my walk yesterday, my failed not even halfway walk. It feels like it might crumble and fall apart if I put any weight on it.”

Written in first person, hope keeps the reader enthralled in the story. But there’s admittedly so little of it throughout the novel. She’s alone and rescue is not coming — her ‘husband’ makes sure of that. She’s secluded and it’s been so long since she’s seen family, she’s been brainwashed into thinking her actions may have consequences for her sister, who is apparently working off her debt in Manchester.

Spoiler: I wish there was more time explored on the outside of the house — the epilogue skimmed over what would’ve been a really tense escape away from the burning house and I felt a little cheated we didn’t get to experience some of that.

“And I’ll reread the letters in three weeks’ time when I get to sleep in my own room again, not mine, his, but my air, at least when he’s not barging in to watch me undress for bed or watch me sleep or watch me brush my hair with his mother’s brush.”

Recommended for readers of thriller and mystery. Room by Emma Donoghue is a good comparison title, although The Last Thing to Burn is far more violent.