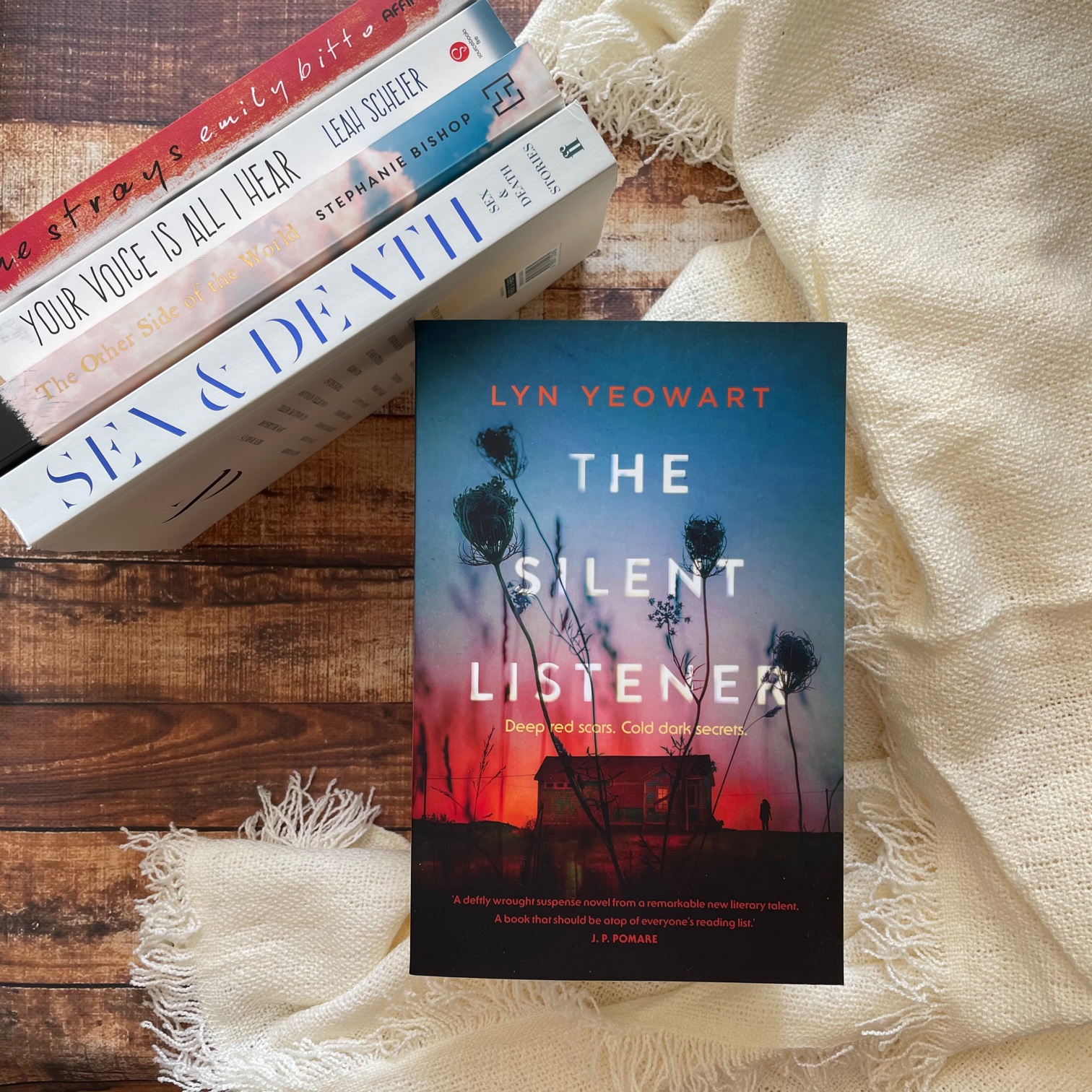 Propelling the reader back and forth between the 1940s, 1960s and 1980s, The Silent Listener is an unforgettable literary suspense novel set in the dark, gothic heart of rural Australia.

In the cold, wet summer of 1960, 11-year-old Joy Henderson lives in constant fear of her father. She tries to make him happy but, as he keeps reminding her, she is nothing but a filthy sinner destined for Hell . . .

Yet, decades later, she returns to the family’s farm to nurse him on his death bed. To her surprise, her ‘perfect’ sister Ruth is also there, whispering dark words, urging revenge.

Then the day after their father finally confesses to a despicable crime, Joy finds him dead – with a belt pulled tight around his neck . . .

For Senior Constable Alex Shepherd, investigating George’s murder revives memories of an unsolved case still haunting him since that strange summer of 1960: the disappearance of nine-year-old Wendy Boscombe.

As seemingly impossible facts surface about the Hendersons – from the past and the present – Shepherd suspects that Joy is pulling him into an intricate web of lies and that Wendy’s disappearance is the key to the bizarre truth.

Set in rural Australia, Lyn Yeowart’s psychological thriller The Silent Listener follows the decades-long saga of the Henderson family, and the daily domestic abuse at the hands of Joy’s father George. Switching between the 1940s, 1960s and 1980s, the story is mainly told from Joy’s point of view, although in the earlier setting we do get a small glimpse into Gwen Henderson, before and shortly after she marries George.

Anxiety and fear bubbles beneath the surface of every chapter. The domestic abuse runs heavy through this tale, and at times is both descriptive and hard to swallow. Like many men in society, George is incredibly violent behind closed doors but to the outside world he’s a pillar of the community. After he’s murdered, neighbours and community members express deep sympathy to Joy for her father’s passing, and his funeral is expected to receive a massive turnout. Joy wishes everyone knew the truth about her father.

“I can’t believe he’s confessed. Just like that. I want to shake him, but I’m scared it will kill him, that his body will disintegrate into millions of fragments of dry skin and bone. And I’m not going to let him die that easily.”

I like to think all narrators are somewhat unreliable, but Joy is next level. Her memory of certain events is hazy, and her inner monologue portrays her as a calculating and intelligent, but unhinged. Her father’s violence breaks her as a child, and decades later, she’s still traumatised by what happened. She’s spent most of her life trying to find her brother, who fled the family when she was a teenager.

The chaotic structure of the novel and the surprise twist about her sister Ruth adds another layer to Joy’s unreliability. Just how much of what Joy describes is happening? How much can we trust her?

“Walking down the aisle wearing a borrowed wedding dress, Gwen thought about how quickly the two months had gone by since her first dance with George. But everyone got married quickly these days, at least in Willshire, thanks to the wars and the Depression. Everything was precarious, except marriage, which was forever. Especially, she thought, marriage to George Henderson.”

The Silent Listener captures a secluded setting. The Henderson farm is far enough from neighbours that no one can hear the children scream, and George chooses his friends wisely. Joy suspects people knew about the abuse, but chose not to do anything about it out of loyalty to George.

Lyn also captures the dense, isolated setting of rural Australia with ease. Her description evokes instant imagination in the reader. We can see the dilapidated houses, and the sparse farmland. The dam and its eels, and the danger of snakes. The method of burning rubbish, and the horrid smell that resulted. The one florist in town, and the long, sometimes hot journey into town for supplies once a week. Gwen really couldn’t leave George, even before she had children. She was trapped and George knew it.

“She wondered if the Felicities would go to Hell too, because as Joy knew all too well, it was harder for a rich man to enter the Kingdom of Heaven than it was for a camel to pass through the eye of a needle, no matter how hard they prayed or how much they thanked the Lord for their wonderful food.”

Lyn’s prose is swift and brutal, her sentences flowing seamlessly. This is a somewhat long read at 460 pages, but with more than one mystery to solve, there’s plenty to keep the reader hooked.

Visceral, gripping and seductive, crime thriller The Silent Listener is highly recommended. For fans of Jane Harper and Chris Hammer.