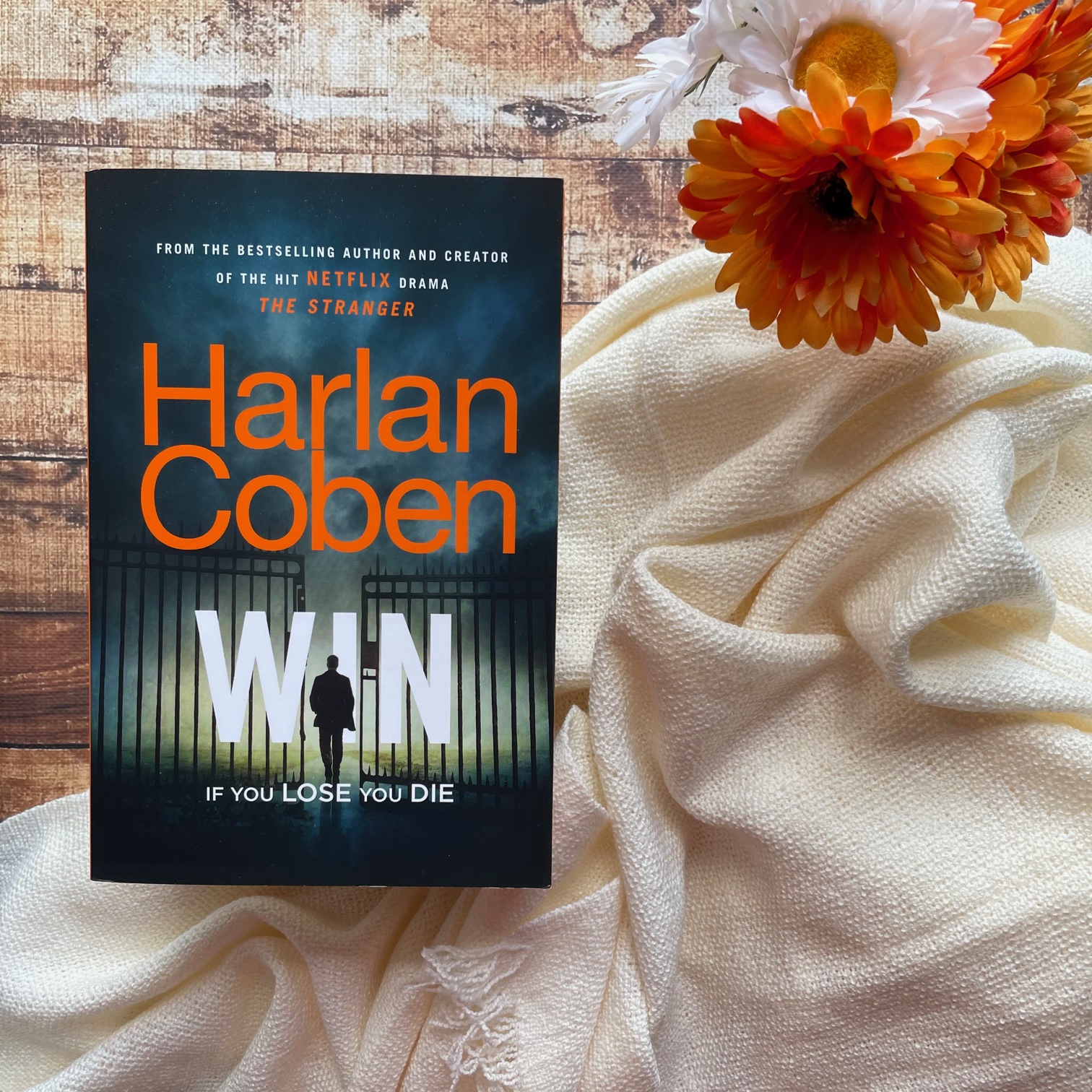 ﻿From the #1 bestselling author and creator of hit Netflix series The Stranger comes a riveting new thriller, starring the new hero Windsor Horne Lockwood III – or Win, as he is known to his (few) friends…

Over twenty years ago, heiress Patricia Lockwood was abducted during a robbery of her family’s estate, then locked inside an isolated cabin for months. Patricia escaped, but so did her captors, and the items stolen from her family were never recovered.

On New York’s Upper West Side, a recluse is found murdered in his penthouse apartment, alongside two objects of note: a stolen Vermeer painting and a leather suitcase bearing the initials WHL3. For the first time in years, the authorities have a lead not only on Patricia’s kidnapping but also on another FBI cold case – with the suitcase and painting both pointing them towards one man.

Windsor Horne Lockwood III – or Win as his few friends call him – doesn’t know how his suitcase and his family’s stolen painting ended up in this dead man’s apartment. But he’s interested – especially when the FBI tell him that the man who kidnapped his cousin was also behind an act of domestic terrorism, and that he may still be at large.

The two cases have baffled the FBI for decades. But Win has three things the FBI does not: a personal connection to the case, a large fortune, and his own unique brand of justice …

Told in first person point of view, this is the first novel with the rich and unsympathetic Win as the protagonist. This is my first Harlan Coben read and from browsing reviews I can see that Win appears in countless other Harlan novels, but more in a supporting role capacity. Fans seem thrilled that Harlan has decided to redirect focus to Win in this new novel.

“We share a name — Windsor Horne Lockwood. He’s the second, I’m the third. He is called Windsor. I, like my beloved grandfather, am Win. I have no son, just a biological daughter, so unless I, to quote my father, ‘up my game,’ the Windsor Horne Lockwood name will end at three. I don’t really see this as any great tragedy.”

With more than one crime to solve, Win is an almost 400-page game of cat-and-mouse. When a reclusive man is found dead in his penthouse apartment, surrounded by two items stolen from Win’s family, there’s a chance this man’s death could unveil the truth behind Win’s cousin Patricia and her kidnapping decades earlier.

Harlan’s strengths lie in his plotting and pacing — he builds tension with every chapter, revealing just enough information to keep you hooked. His writing is tight, and the dialogue, whilst clipped and stunted at times, keeps the story moving at a continued heightened pace.

“The image freezes. I squint and lean closer. I still can’t pick up much, but this much seems clear: Both knew that they were on a security camera and at this point — the point where I’ve asked the image to be frozen — the man we now know is Ry Strauss looks up into the lens.”

Admittedly, Win isn’t a very likeable character, and without being familiar with him, I feel like his personality is a detriment. With how unsympathetic and arrogant he is, he feels inaccessible to a reader, like we care more about the secondary characters and their journey than we do about him.

Win is quite the complex, convoluted read. There are a lot of elements to Win’s debut story — his attack on Teddy Lyons and the fallout, his father’s secrets, his Uncle’s murder, his cousin’s kidnapping, the missing family items, the Jane Street Six, and the dead recluse in a fancy apartment. Did we need everything? Could the plot have been stripped of just one element, so that it wasn’t so easy to get confused about which characters were which? Which mystery belonged to which character? Perhaps.

“The two leaders were household names. In most famous photographs, people search for some kind of extra meaning in the placement of subjects, almost as you would, to stay on subject, with a great painting. You could see that all here.”

Fast-paced and absorbing, Win is recommended for fans of crime, thriller and mystery.