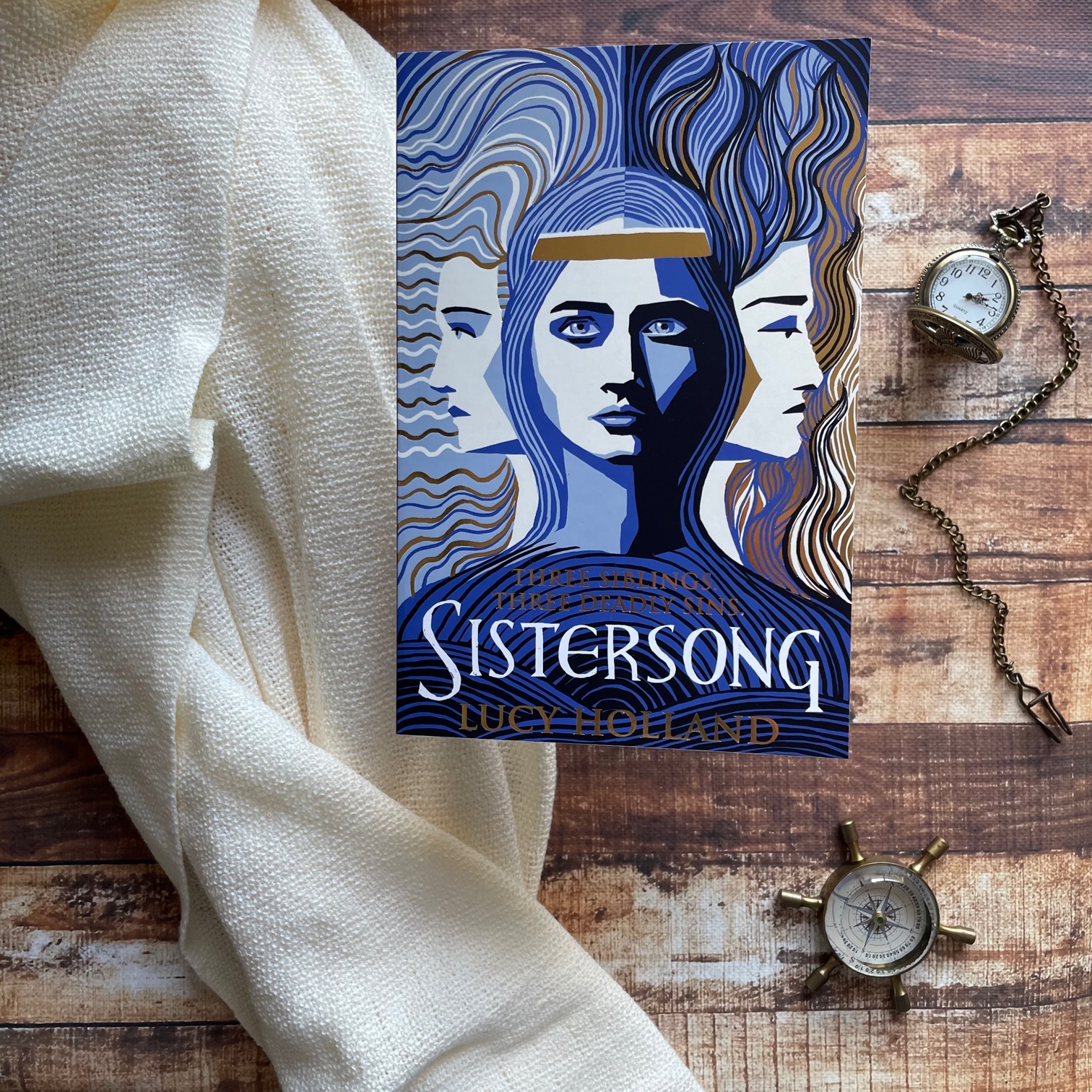 King Cador’s children inherit a land abandoned by the Romans, torn by warring tribes. Riva can cure others, but can’t heal her own scars. Keyne battles to be seen as the king’s son, although born a daughter. And Sinne dreams of love, longing for adventure.

All three fear a life of confinement within the walls of the hold, their people’s last bastion of strength against the invading Saxons. However, change comes on the day ash falls from the sky – bringing Myrdhin, meddler and magician. The siblings discover the power that lies within them and the land. But fate also brings Tristan, a warrior whose secrets will tear them apart.

Riva, Keyne and Sinne become entangled in a web of treachery and heartbreak, and must fight to forge their own paths. It’s a story that will shape the destiny of Britain.

Lucy Holland’s Sistersong is an enchanting retelling of the folk ballad, ‘The Two Sisters’. Switching perspectives between three sisters, Sistersong will please readers young and old. It’s charming and beautiful — inviting. No prior knowledge of the folk ballad is required to fall in love with this story.

Once, Britain was filled with magic. It’s been gone for a long time, forced out by the presence of Christianity and devoted religion. Three young sisters — Riva, Keyne and Sinne — are about to discover the very power inside of them, and the magic ready to unveil. We meet them as daughters of the King, but we follow their journey into leaders of great power.

“Walls and too many people press upon me, suffocating. I cannot stay here. I can weather their disdain — haven’t I done so for years? But their lack of understanding is so much worse. It means they will never see me as I see myself. To them, I am merely a shell of a king’s daughter.”

Lucy Holland brings us three very different women, all fighting against something they can’t control — Keyne feels a great desire to lead, but her gender means that people dismiss her as a potential ruler; Riva struggles with her disability, and what it may mean for her future; Sinne is a curious character, questioning what’s around her and following her romantic desires until it leads her onto a dangerous path. All three women feel confined within the walls of their home, and yearn for adventure.

The pacing of the novel is quite steady, but Lucy builds up to climactic finish. It’s pleasing to see transgender representation in the novel, and established well — it’s not an plot point for shock or surprise, but something built over time and within realistic pressures.

Not sure I loved the progression of Riva’s love story, and how it ended. The ending of their story felt neat and easy, but not realistic. I think Riva had capacity to be a strong independent character, but I felt her ending weakened her plot.

“All at once I remember my strange burst of will that pushed Sinne away, just as she was about to discover my bracelet. The memory is foggy. I don’t know how I did it — I was so angry at the time. I don’t even know what happened, really.”

Lucy captures first person writing incredibly well, especially since there’s three different perspectives and they all felt unique. Not once did I have to flick back to check which story I was reading at the time. I felt great sorrow for Sinne, whose story doesn’t progress and develop as I’d hoped it would. Whilst Riva is incredibly flawed, I did find myself rooting for her. She’s faced great adversity throughout her life, and yet, she perseveres.

Admittedly, the ‘twist’ with a certain character was dead obvious from early on. I think their actions were signposted a bit too heavily. No spoilers, but anyone familiar with the novel will know who I’m referring to.

“A weight settles in my chest: the strain of being far from home and safety. Of course, I’d barrelled and bruised my way through; it was the wisp that had led me to the forest’s edge. It had saved my life. And I had killed it for its trouble…”

Rich and atmospheric, Sistersong is highly recommended for fans of historical fiction, folk tales, ancient history and medieval sagas. Young readers and fans of YA will love this too. Readership skews female 12+

I’m told fans of Circe will love this. I recently reviewed the fantastic novel by Jennifer Saint called Ariadne. I consider Sistersong to be in the same realm.