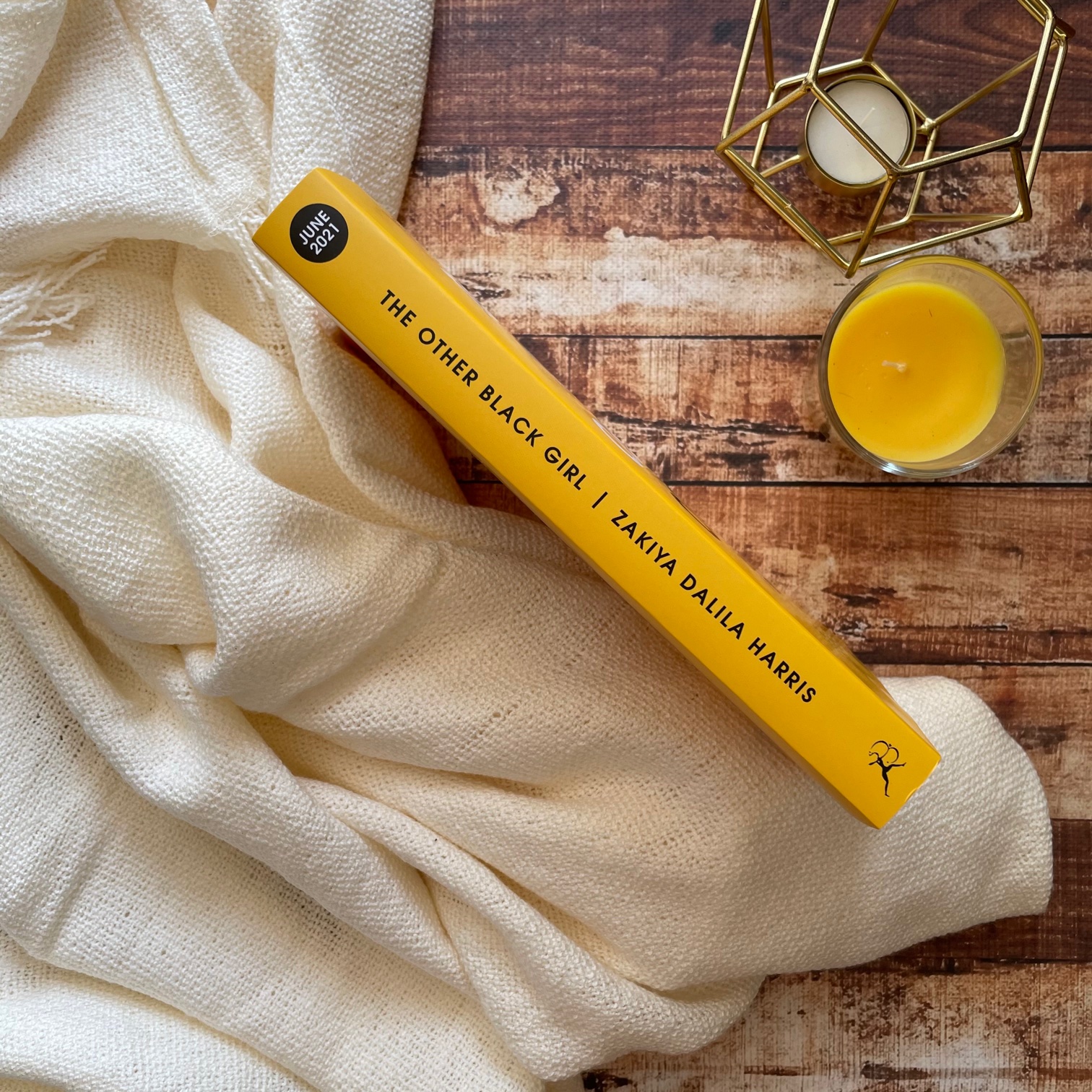 Get Out meets The Devil Wears Prada.

Twenty-six-year-old editorial assistant Nella Rogers is tired of being the only Black employee at Wagner Books. Fed up with the isolation and the micro-aggressions, she’s thrilled when Hazel starts working in the cubicle beside hers. They’ve only just started comparing natural hair care regimens, though, when a string of uncomfortable events cause Nella to become Public Enemy Number One and Hazel, the Office Darling.

Then the notes begin to appear on Nella’s desk: LEAVE WAGNER. NOW.

It’s hard to believe Hazel is behind these hostile messages. But as Nella starts to spiral and obsess over the sinister forces at play, she soon realises that there is a lot more at stake than her career.

The Other Black Girl is debut fiction by Zakiya Dalila Harris, set predominantly within a top-tier publishing house in New York City and centring around 26-year-old editorial assistant Nella, who is initially thrilled when her employer — Wagner Books — hires another black girl. But it becomes clear very quickly that all is not quite right with new employee Hazel.

This is one of the first books in a long while where I really had to take some time afterwards to think on the story, and the ending. Get Out is a great comparison for this book — it’s genre-bending and twisty, and forces you to re-think every character you meet. But I’ll admit that The Devil Wears Prada does not feel like the right comparison title. Don’t go into this book thinking it’s going to be a fun, light and glamorous story. The office setting is similar, but nothing else. This is a heavy story — very dark.

“Nella cocked her head, wondering how Hazel had guessed that. She often prided herself on how different she was from her Ivy League, upper-middle-class colleagues — not just in her appearance, but in the ways she moved about the world. Still, Nella knew she had it pretty good, too.”

A social satire, The Other Black Girl expertly captures modern workplace social dynamic. More specifically, institutions pretending to support diversity, but also psychologically forcing black staff to bend, adapt and morph into an employee that’s deemed appropriate by the corporation — complacent and apologetic, eager to please and do what’s expected of them.

While the pacing does lag a bit and most of the scenes take place during the day-to-day office environment, Zakiya sets the reader up for a tense read. Nella and Hazel’s interactions grow sharp and full of power — a tense back-and-forth between the two that continues to build. You feel sucked into their world. You know it’s not going to end well for Nella, but you can’t work out how the story will progress, and so you keep reading.

The publishing industry’s lack of diversity is a point of critique in the novel, and Zakiya drew on her own experiences working in book publishing when writing the novel. Majority of the staff are white, especially those at the top, but everyone likes to act like an ally. They like to pretend they care for diversity, but their actions do little to prove this.

“Nella hadn’t intended for her own voice to have such an edge to it, especially when Hazel had been so hopeful and reassuring. She didn’t feel much like apologizing, though. Not now, and not when forty-five minutes passed without her cube neighbour speaking another word.”

Admittedly, this book felt longer than it needed to be. The climax of the story — the best bits — were in the final 50 pages. And it did feel like a long time coming. The different POVs thrust into the story seemed to distract from the storyline and slow down the piece. Could they have been stripped back, or could information have been included in a different way? Perhaps.

Finally, it’s so incredibly obvious from the outset that Hazel is trying to mess with Nella. From the very first couple of scenes together, she’s deliberately trying to sabotage Nella. And Nella actually takes quite a long time to put two-and-two together, making her look incredibly naive. And even when she does star to clock on, she’s quite a passive person. She’s not active in response, and she doesn’t seem motivated to do anything. She just…lets events happen. I found Hazel to be a much more interesting character than Nella, she certainly felt like a more compelling person to read about.

“Nella sank back down into her chair, a sudden chill threading itself down her throat and into her stomach, like she’d swallowed an unhealthy amount of helium. Again, she examined the piece of paper that was in her left hand; then the envelope in her right.”

Dark and claustrophobic but oh so inviting, The Other Black Girl will delight. Readership skews female, 25+